When the Government Won’t Let Homeless People Get Glasses 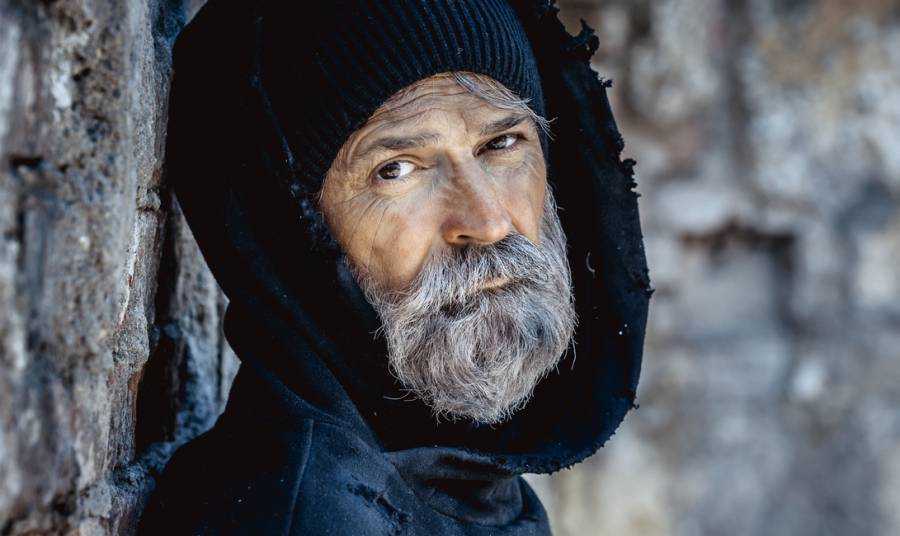 A Baptist ministry in Kentucky uses an innovative computer program to fit homeless people with donated glasses. Good glasses they wouldn’t have otherwise. Holland Kendall started the ministry because “there are people on the streets in Louisville who would be off the streets of Louisville if they could see.” He added: “If we thought this ministry was harming anybody, we would never do it.”

The agency told him: “It would be a violation of law if eyeglasses provided are not new, first quality and made to meet the individuals personal prescriptions.” And prescribed by an officially licensed optometrist or an ophthalmologist.

As I say in the article, I’m not against governments regulating businesses. Regulation can protect people from the lying, dishonest, cheating, unscrupulous — those who can’t be trusted without someone looking over their shoulder. Which is a lot of people when the reward for lying is making more money.

The movement to regulate industries came out of problems like the ones with the food system described in Upton Sinclair’s famous 1905 novel The Jungle. No one outside the ideological libertarian wants a return to those days.

And though businesses will complain, it helps them too. It raises the level of social trust that makes a free economy work better, by making customers feel safe when they buy.

You walk into a drugstore in a new city, you can be 99.8% sure the toothpaste won’t poison you and the energy bars won’t make you sick. You’ll buy more than you would if you couldn’t trust the store.

I bring this up partly just because it ticks me off. But also because it provides a useful lesson about regulation. It often works too well, which means that it doesn’t work for some vulnerable people.

Now, I’m not at all against government regulation of business. But it’s an imperfect tool. We can forget this. As I say, it can work too well.

It’s a rule-based system for a world the rules can’t always cover. It’s black-and-white when every human enterprise includes lots of grey areas — places where the rules half apply or apply just a little bit or apply sometimes but not others. It applies rules when rules shouldn’t apply at all.

A regulatory regime will hurt people. Not may. Will. It will hurt some people no matter how much good it does for others. Like homeless people who have no way to get glasses. When the rules are the rules, the rules roll over some people like a train over a child’s wagon.

How does this work? Look at this story of the state agency keeping the Baptist ministry from helping the homeless. The law does the things it’s intended to do, but because it’s the law, does things it’s not intended to do.

Kentucky state law calls optometry a “learned profession.” You have to know a lot to do it safely and well. No one wants fakes and frauds playing with people’s eyes. And they would, too, if they could get away with it. (Ophthalmologists are covered under a different part of the law, but it holds them to the same standards we’re talking about here.)

Therefore, as the state’s law says, it is “a matter of public interest and concern that the practice of optometry … and the optometric profession merit and receive the confidence of the public and that only qualified persons be admitted to the practice of optometry and be permitted to so practice in the Commonwealth of Kentucky.” People trusting in the eye doctor is a public good.

The state requires optometrists to get enough training. It makes them pass exams and get licensed. When you go to the eye doctor in Kentucky, you know the smiling man who’s saying “Better this way? Or this way?” has been trained to do what he’s doing. So far, so good.

We also don’t want eye doctors palming off cruddy glasses on their patients. The rule is that a store can only sell new, personalized glasses with a prescription from a licensed eye doctor. That means (in practice) only after an exam.

The state requires that optometrists do the work to give you the glasses you need. It can’t guarantee the smiling man saying “Better this way?” will get it perfect, but it raises greatly your chances of the right glasses. Also so far, so good.

But not good enough. In practice, regulation can also allow works like Holland Kendall’s ministry around the edges, because no one cares. They’re not affecting the local eye doctors’ business. (And the regulators are usually terrifically inefficient, which helps.)

Until, that is, some officious little dweeb decides to get all official. The normal person knows the rules apply to the professionals, the people who have businesses and sell their skills. They don’t apply to a ministry helping people who can’t afford the professionals. Even if the ministry does only a half-good job, the people it serves are a lot better off than they were. And more to the point, they’re better off than they will be after the bureaucrats shut it down.

That’s obvious, to any normal person. But not to the rule-enforcing guys in their offices at the state agency. They can get obsessed with the rules for their own sakes. The rules are the rules. They’ll tell you they didn’t make them and they’re paid to enforce them. Don’t ask them not to do their jobs.