When is a Christian School Just a Segregation Academy? The Case of Archbishop Riordan High in San Francisco

When most students walk out rather than hear a speaker against racism, what should a school's leaders do? 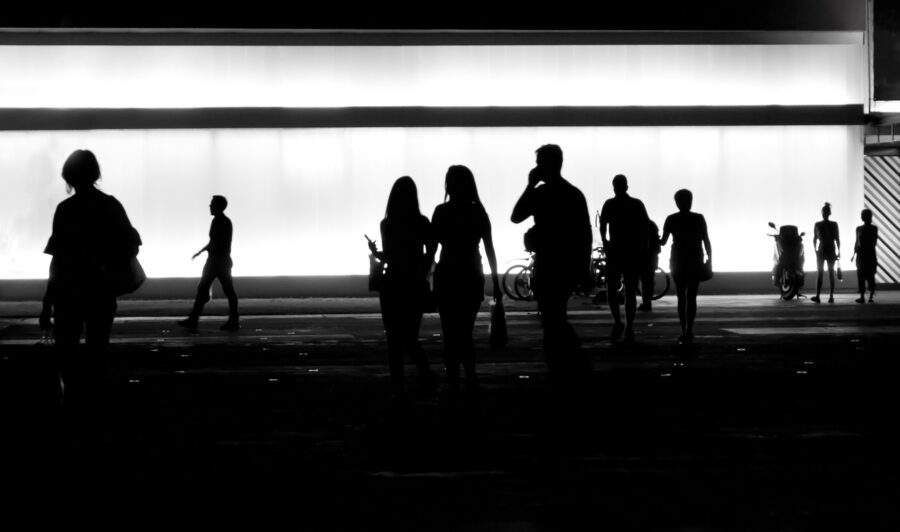 What do you make of the following news item?

Students at a Catholic high school in San Francisco staged a walkout last month to protest an all-school assembly which featured an anti-racist speaker.

Despite the students’ actions, the school’s president defended the talk as “an opportunity to come together in order to learn more about racial equality.”

Almon tours the country with the Equality Training Institute, a Christian civil rights organization whose talks aim to “empower others with the knowledge and conviction necessary to make a case for equality that changes hearts and minds.”

Most Students Walk Out

According to an account of the incident by the San Francisco Chronicle, students began to exit the auditorium and file into an adjacent gym about “five minutes” into the presentation, leaving “a few dozen of the school’s more than 800 students” in the auditorium for the entire talk.

The walkout has since gained media attention after a video of the walkout went viral, with several hundred thousand views on TikTok.

“My school tried to hold an anti-racism assembly,” on-screen text on the video of a throng of masked students reads, “So we walked out.”

Tim Reardon, the school’s interim president, told these reporters in an email that he has since received “many notes from those in the community who appreciate that we are providing the Catholic position [on] this highly polarizing topic.”

“Many of the parents sent their kids to Catholic school so that the kids could learn about Catholic social teaching. To avoid these topics would be a failure to serve these individuals,” Reardon wrote in the email to us.

Reardon, the school president, told us that he sent a video message to the students Oct. 25 “emphasizing the importance of listening to and considering both sides of important issues.”

Catholic teaching on racism is presented in the school’s Religious Studies curriculum, Reardon said, “so there has been further discussion in the classrooms.”

One student interviewed by the Chronicle, who stayed for the presentation but asked not to be identified, said she was “happy to hear a perspective that she does not often get in her social circles.”

Riordan High School became a coed institution beginning in the 2020-2021 school year, after previously being an all-boys school.

According to the Chronicle, the school wrote in an email to parents preceding the talk: “The administration is aware that not all Riordan students are Catholic. We understand that we live in a society in which people have strong, disparate opinions about all the categories ascribed to this theme… Our speaker will be here simply to explain the Catholic position, primarily with regard to racial violence. We ask that all students listen respectfully to the speaker, who is nationally recognized for her work on this subject.”

What Should Become of Archbishop Riordan High?

Should such a news story provoke a national scandal? Ought the school to undertake a profound soul-searching after such an incident? Maybe Riordan should conduct a school-wide “teach-in” on racial issues, and radically re-examine its curriculum on the topic. Should the students who walked out rather than listen to the speaker be punished? Expelled?

If Archbishop Riordan High cannot expunge casual, broadly accepted racism from its student body, isn’t it a scandal for the school to remain open? Certainly, that’s an issue for the Archdiocese of San Francisco, which has ultimate authority over Catholic schools in the area.

At this point are you maybe ready to get on the phone and call Riordan High, or the San Francisco Archdiocese? Well, hold your horses.

I Made One Little Tweak

Because the news story cited above, originally reported by Catholic News Agency and published in Catholic World Report, underwent a little editing by me. Originally, it was about a pro-life speaker appearing at the school, to massive student protest, abetted by secular media. Go read it again and plug in “abortion” for “racism” and “racial violence.”

Now you won’t find it so shocking. Because we’re accustomed to overtly Christian schools, “devoutly” Catholic politicians, embracing a radically un-Christian, immoral stance on abortion. And we’re used to watching the Church wring its hands, shrug, and admit its helplessness. Abortion, the killing of more than a million young Americans annually for our sexual convenience, is a sin that Caesar smiles on. So many clerics smile too, or at least don’t get too upset. It’s not a crisis, at least.

In fact, if the event at Riordan had gone the way I described it, the school would be besieged by nationwide press attention. There’d be massive pressure for it to re-educate its student body, or perhaps even shut its doors. You know, exactly what happened to Covington Catholic High, when its students were falsely reported to have engaged in racist behavior during the 2019 March for Life.

Riordan High Should Punish the Students and Consider Expelling Them

Nicholas Sandmann and his companions were in fact suspended by their school, and prematurely denounced by two local bishops in the media. This required backpedaling when the false reporting was providentially exposed. What will happen to the students at Riordan who behaved so disgracefully, at an institution supposedly teaching them basic moral truths? Apart from them boasting about their Tik-Tok numbers and putting the incident on their college applications, I mean?

I feel bad for the administrators at Riordan who at least tried to do something good, only to learn how lost and reprobate their students really are. But at this point, shouldn’t they be ready to do something radical to save their school, and if that fails, to consider shutting its doors?

Clearly, the school is not accomplishing its most basic mission as a Christian academy. So in fact it’s doing little but shelter its students from the diversity of local secular public schools. In other words, it’s more of a segregation academy embodying privilege than a Christian academy. Is that a mission for the Catholic church to endorse? If the kids at the school so utterly reject basic biblical morals, let them go enjoy the tender mercies of blue-state secular schools and their morals. They richly deserve such a broadening experience, and I hope they get it good and hard.