When Christian Leaders Fall, How Should We Respond? 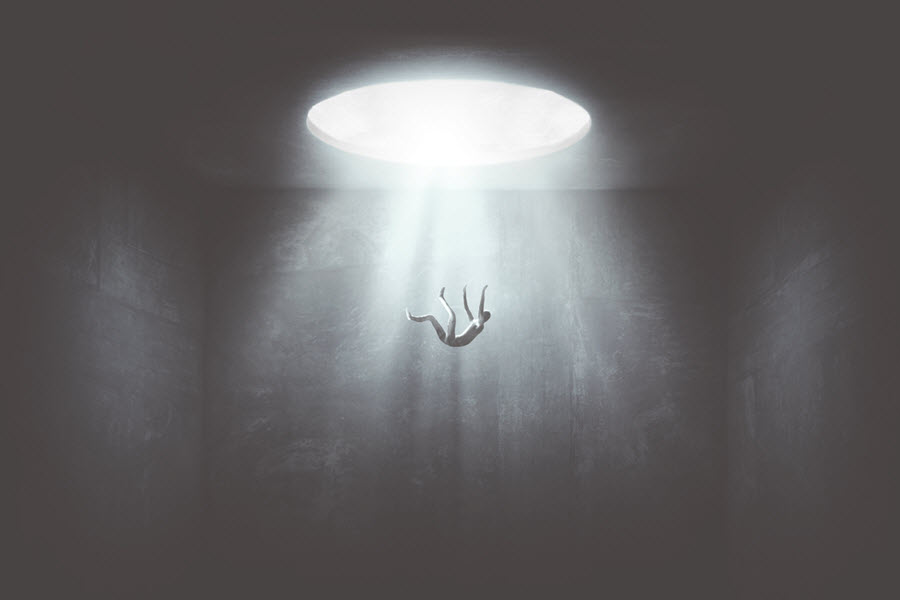 I have known Jerry Falwell Jr. since he was a young boy. His dad and I were close. I helped raise the funds to buy the mountain where Liberty University is now located. We stood together for the sake of freedom and Christ. We wanted students to become champions for Christ. That is still our desire.

From the moment I found out there was trouble concerning Jerry and his wife, Becki, I immediately communicated directly to him that God wanted to get His arms around him and his family. I made it clear that I am praying and stand ready to help. I have not heard from him. I continue to be broken-hearted, concerned and confused.

Paul wrote to believers, “Brethren, if a man is overtaken in any trespass, you who are spiritual restore such a one in a spirit of gentleness, considering yourself lest you also be tempted” (Galatians 6:1, NKJV, emphasis added). We are encouraged to treat others the way we would want to be treated.

Adding to this command, Galatians 5 contains powerful instructions. “Freedom means that we become so completely free of self-indulgence that we become servants of one another, expressing love in all we do” (Galatians 5:13b, TPT). I want to emphasize that phrase “we become servants of one another.” The greatest among you, Jesus told us, is servant. We must keep this truth at the forefront when dealing with challenging situations.

It is often most difficult to serve your own family members, including your spouse. Church members frequently treat those within the body of believers more harshly than those outside. But if we become a servant of one another, expressing love, then we become what He told us to become: servants yielded to His kingdom purpose.

In a Spirit of Gentleness

Paul goes on to say:

“All of the law can be summarized in one grand statement: ‘Demonstrate love to your neighbor, even as you care for and love yourself.’ But if you continue to criticize and come against each other over minor issues, you’re acting like wild beasts trying to destroy one another!” (Galatians 5:14-15)

When our brothers and sisters fall, the key is to restore them “in a spirit of gentleness.” Let’s not tear them apart.

Paul declares that “when you are brought into the full freedom of the Spirit of grace, you will no longer be living under the domination of the law, but soaring above it.” Then he goes into the Spirit-filled life — not only from a moral standpoint, but also the attitudes we express toward others. It is powerful, and I encourage you to read the whole chapter in The Passion Translation.

Regardless of how we get in the pit of defeat — whether circumstances cause us to find ourselves there or someone throws us in the pit, as they did with Joseph, or we dig the pit ourselves — the Lord is still kneeling, inclining His ear, asking us to look up to Him. He is anxious to lift us out of the pit, forgive us, cleanse us and establish our ways on a rock-solid foundation.

I have promised many friends, including church leaders and pastors who are highly respected, “If you ever fail and find yourself in a pit, I will first kneel with Jesus trying to get your attention to look up to Him. Then I will likely jump in the pit, regardless of how you got there. I will push your chin up, seeking to get you to look up to Jesus, who is inclining His ear, offering you freedom from the pit, sin and its adverse effects. I will try to lift you closer to the One who loves you, who can lift you out of that pit, forgive and cleanse you, and cover you with His righteousness. He will put peace on your feet like the father of the prodigal, who loved the son that was in the pigpen, desiring him to come back to the shelter and shadow of the father and abide in his house. The same father of the prodigal was also the father of the self-righteous son that was still in the house. The father loved both of them. He never kicked them out. He wanted them to understand the transforming power of His love. There is not a person reading this who does not need the love that the Father of every prodigal offers so freely.

Likewise, our heavenly Father wants us to understand it and not only receive it, but as members of the body, release it to the fallen, the failed, the rebellious, those blinded by the god of this world, and those with dim vision and dull hearing. He wants us to call them back to the watchcare of the Shepherd and the Father, who loves unconditionally, and also to the Savior who said, “Father, forgive them, for they don’t know what they are doing” (Luke 23:34). He said that as they crucified Him, when it looked like they knew exactly what they were doing.

Stephen prayed the same prayer as he was stoned to death. Saul of Tarsus, who hated the church and Jesus, saw the resurrected Jesus living in Stephen as he died. Stephen prayed, “Our Lord, don’t hold this sin against them” (Acts 7:60). So dynamic was that power and manifestation of the living Lord that Saul of Tarsus met Christ head-on and was transformed by the only One who can open the eyes of the blind and totally restore us. That goes not only for the believer, but for the believers whom the enemy deceives and defeats.

He wants us to call them back to the watchcare of the Shepherd and the Father, who loves unconditionally, and also to the Savior who said, “Father, forgive them, for they don’t know what they are doing” (Luke 23:34).

Only God can heal brokenness. He is anxious to restore all who have failed. He wants repentance to be real so that sins are not covered up but covered by — sanctified and shielded by — the blood of Jesus and His righteousness. We must learn to pray for one another … and not just for those we deem “perfect.” None of us are perfect. Paul said that God gave the law for two reasons: “So that every excuse will be silenced, with no boasting of innocence. And so that the entire world will be held accountable to God’s standards” (Romans 3:19).

There is only one who is perfect and that is Jesus. All of us, as imperfect people, look to Him for His perfection, righteousness, holiness, forgiveness, salvation and restoration. He is our only hope!

United in Truth and Love

We need to join with the One who knows the whole truth because He is the truth, and the only way to the Father. He said if we abide in Christ, we can know the truth that sets us free. Not free from the battle. Not free from the possibility of finding ourselves in a ditch that could be the result of our own misdeeds or our own foolishness. Our Savior, who gave His life to redeem us, enables us to help restore the lives, marriages, futures and families of every person Jesus gave His life to redeem.

In my personal prayer time, I’ve heard the Father repeatedly say to me, “James, by bringing the leaders of my family together — the pastors, elders and leaders — and helping them love Me and love one another, you’re going to help Me get my arms around the world I gave My Son to redeem.” We are meant to be His hands, feet and arms of love.

This is an opportunity for us to pray for our brother Jerry Jr., Becki, his family and others involved in this heartbreaking situation. Also remember the leadership at Liberty, every precious student, and every person who needs to experience the love of God. This is the time for all who are filled with the spirit of deception or destruction to come to the only One who can heal broken hearts and broken lives, leading everyone into green pastures, making up for the years the enemy has damaged. He is ready to do it through His body — the church — if its members will unite in supernatural love and bring all of us into submission to the one head, Christ.

Driven to Tears? Jesus Was Too