What is the best way for us to respond to racial unrest in our culture? Like you, I was grieved at the horrifically unjust killing of George Floyd. Like most Americans, too, I am concerned about many other innocent lives who have also been taken in the riots, anarchy and division in our nation. As Americans are looking for answers, many of my Christian friends are turning to a popular response called Social Justice or being Woke. But what is Social Justice? What does it mean to be Woke?

It stems from an academic practice called Critical Race Theory. Critical Race Theory is a more narrowly focused subset of Critical Theory (which is an offshoot of Marxism). It’s been taught for years at American universities. It has saturated the arts and media. Now it’s being promoted by Fortune 500 corporate executives and many evangelical Christian leaders.

A Nation Wrestling with Social Unrest

The #1 ranked book on Amazon recently is critical theorist Robin DiAngelo’s White Fragility. Other critical theory texts like Ibram Kendi’s How to Be an Antiracist have risen in sales as the nation has wrestled with social unrest. But what is this theory? Understanding it is crucial to knowing how best to respond to it.

Critical Theory is a school of thought that originated in Frankfurt, Germany, right before World War II. The school extended the concept of Marxism beyond economics to address perceived power structures in culture. For example, Jewish people were labeled “privileged” and deemed worthy of persecution.

Critical Theory divides people into two groups: the oppressors and the oppressed. This judgment is not based on individual behavior, but on broad categories like race, sex, gender and religion. Whether you are an oppressor or the oppressed depends on your group identity.

Critical Race Theory differs in saying that it’s not about owners versus workers — it’s about race.

Karl Marx taught in his Communist Manifesto that the history of all society is class struggles. He emphasized his distaste towards capitalism for setting up a conflict between the classes of the owners (the bourgeoisie) and the working class (the proletariat). Critical Race Theory differs in saying that it’s not about owners versus workers — it’s about race. If you are part of an oppressor group based on your race, you are always oppressing the oppressed group, whether you know it or not.

There’s a moral component here. Oppressed group members have a level of moral knowledge and authority that the oppressor group can never attain. Ibram Kendi in his book, How to Be an Anti-Racist says, “The claim of ‘not racist’ neutrality is a mask for racism … The language of colorblindness — like the language of ‘not racist’ is a mask to hide racism.” (p. 9-10)

The academic textbook, Is Everyone Really Equal? by DiAngelo and Sensoy includes a chart showing that the dominant group, which is white, oppresses the minority group, people of color, through racism.

Also presented in the table (and part of Critical Theory, though not Critical Race Theory): The dominant oppressor group, men, oppresses the targeted group, women, through sexism. The oppressor group heterosexuals oppresses gays, lesbians, bi-sexuals and two-spirit people. And the oppressor group, Christians, oppresses Muslims, Buddhists, Jews, Hindus and non-Christians. Curiously, these authors fail to mention that Christians in nations like Nigeria, North Korea, Sri Lanka, Iraq, China and Europe are the most targeted and persecuted persons in the world. 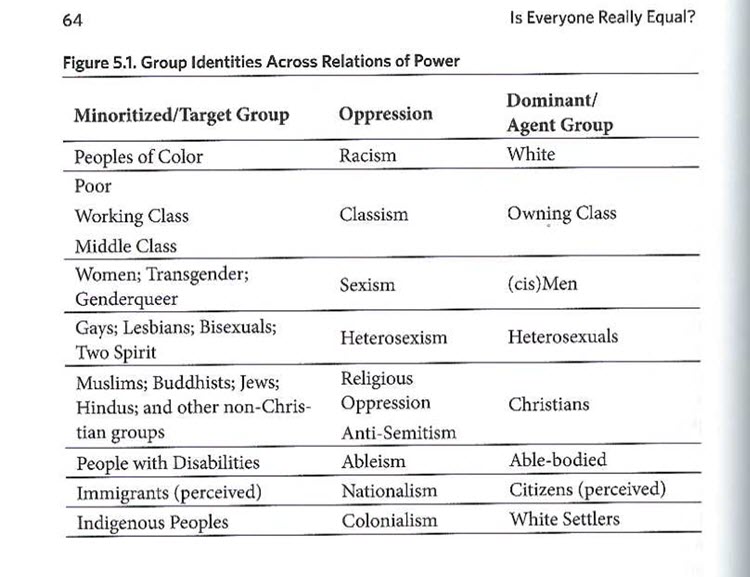 Figure 5.1 from Is Everyone Really Equal?  by Özlem Sensoy and Robin DiAngelo

Critical Theory extends even further. Suppose a person is in one oppressed group like race (black) but also in one of the oppressor groups like gender (male). This is where the term Intersectionality comes into play. According to Intersectionality, black lesbians will have a more profound moral perspective and authority than those who have only one of those characteristics.

However, according to Critical Theory, a straight white man can gain back some of his moral authenticity by submitting to the oppressed group and affirming the dogma of the oppressed. This is called being Woke. Webster’s defines Woke as “aware or actively attentive to important facts and issues (especially issues of racial and social justice).”

Robin DiAngelo, who is white, affirms that all whites are racist whether they know it or not.

Robin DiAngelo, who is white, affirms that all whites are racist whether they know it or not. The white woman in this dialogue with a black police officer is expressing the philosophy of Critical Race Theory.

DiAngelo explains that if you’re a white person, “your opinions on racism are most likely ignorant.” If white persons are called racist or are pressured to say something about race, they may experience “anger, fear and guilt and behaviors such as argumentation, silence and withdrawal from the stress-inducing situation.” (page 12) These responses demonstrate their White Fragility.

A Dangerous Idea: The Rejection of Objective Knowledge

If a white person brings up a counter-example or argument to this, Critical Theory social justice advocates will likely just ignore them. Why is this so?

The answer begins with Critical Race Theory’s view that says that belief in individual responsibility and objectivity are traits of the oppressor group, and not shared by others.

Critical Theory denies that we can have real objective knowledge. Sensoy and DiAngelo write, “An approach based in Critical Theory calls into question the idea that objectivity is desirable or even possible,” and “Who we are (knowers) is intimately connected to our group socialization (including gender, race, class and sexuality) … what you know is connected to ‘who you are’ and ‘where you stand.’” (p. 29)

The ancient Greek philosopher Aristotle asserted that we could know things through our senses and through rational analysis. Several hundred years after Aristotle, many of the writers of the New Testament believed that people across ethnicities and even religions could know truth objectively. Paul wrote a letter to a church in Rome explaining that non-believing Gentiles had a law written on their hearts. Paul would also write things like: “This you know with certainty … ” (Ephesians 5:5). Jesus told the skeptical Pharisees and Sadducees, “You know how to interpret the appearance of the sky.” (Matthew 16:3)

We don’t invent truth, we observe and respond to it. This conviction has been our heritage for centuries. The knowledge of objective truth became the basis of the Scientific Revolution, medicine, the curing of disease, artistic genius and the creation of free, human cultures.

But the Critical Theory school of thought rejects objective scientific knowledge and embraces the agnosticism founded in the philosopher Immanuel Kant. Kant said we can’t know reality as it is in itself, but only our interpretations of our experiences, formed in our minds. This has led to postmodernism, which (among other things) teaches that you cannot know reality or true meaning in and of itself. You might have a “Womanist interpretation” or a “Black hermeneutic,” but you can’t draw any objective conclusions independent of your “identity.”

If Objective Knowledge is Impossible — How Do You Know This?

But there are problems with this. When DiAngelo says, “objective knowledge is impossible,” ask her, “How is it possible that you know this?” If critical theorists say that according to their system, true, objective knowledge is impossible, why should we listen to what they have to say? Aren’t they assuming that, by reading what they wrote, we can gain knowledge that applies to our lives? If so, doesn’t this undermine their view that we can’t have knowledge?

Another logical fallacy to listen for is the Genetic Fallacy. The Genetic Fallacy comes into play when someone says your statement (even if it is true!) is irrelevant solely based on one’s origin, gender, history or source rather than the truthfulness of the statement. Thus some proponents of Critical Race Theory will say, “White men should shut up and listen.” But if they are silent (i.e., listening), that’s also violence: White silence is violence, too.

With charity and clarity, we should remind our friends, truth claims do not have race or gender. That includes statements about ethical truths. So a person can speak truth, even if the person is of a different gender or origin.

Critical Theory is also irrational in teaching that “lived experience” gives the oppressed group exclusive access to truth that the so-called oppressor is bound from because of his ethnicity or gender. Granted, majority group members should listen to minority group members. Listening is prudent — it expresses love and it aids understanding. But we must be careful never to suggest that one’s race, gender or sociological identity gives them unchallengeable insight into all of reality. To affirm such is false humility.

Critical Race Theory promises liberation for the oppressed, but it falls short in explaining or solving our current human problems. In its aggressive judgments, it quickly creates new hierarchies that destroy the value of other human life. Our fundamental identity is in our humanity and our relationship with our Creator, not in secondary and less important distinctions of ethnicity or sex.

A Cycle That Can Never Satisfy

The theory’s promised liberation also follows on bad historical precedent. Too many regimes sought salvation through liberation, but at the expense of denying the life and liberty of others. Oppression is morally wrong, but so are sins of anger, unforgiveness, jealousy, revenge and pride. Seeking liberation through Critical Theory, Social Justice leads instead to more injustice. It’s a cycle that can never satisfy.

Through the person of Jesus Christ, though, there is a true solution. “But God demonstrates his love of us in this, that while we were still sinners, Christ died for us.” (Romans 5:8) True freedom comes when we are liberated from the bondage of our own sins, by trusting in Christ’s death and resurrection for forgiveness.

Dave Sterrett founded Disruptive Truth, a non-profit organization that is training Christians in evangelism and cultural engagement. He is the author/co-author of several books, including Why Trust Jesus, We Choose Life and I Am Second. Dave works as an account executive in oncology biotechnology and is passionate about helping cancer patients.