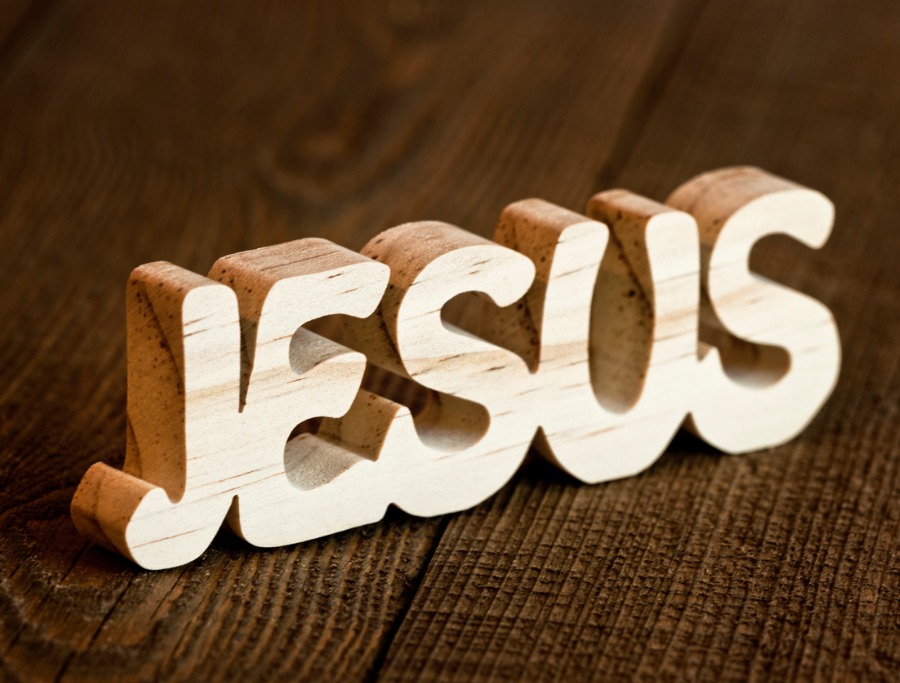 By Jennifer Hartline Published on September 29, 2019 •

If there’s one thing Jesus has a lot of, it’s names.

Names are significant in the Bible and would often reveal a person’s characteristics or their expected job or mission. In Scripture, name equals identity, in a much deeper way than Smith or Jones could ever contain. This is never truer than when it comes to God. In this case, God the Son.

The angel Gabriel tells the Virgin Mary to name her son Jesus, and that He will be called “the Son of the Most High.” The name Jesus in Hebrew tells us that He is the God who delivers. He is Lord, Adonai. The prophet Isaiah foretold of Him, “…and his name shall be called “Wonderful Counselor, Mighty God, Everlasting Father, Prince of Peace.” Isaiah 9:6

The beginning of John’s gospel explains with awesome scope who Jesus is and where He comes from, not by delineating the family tree as is done in the other gospels, but by going back all the way to the very beginning.

Nothing exists that was not made through Him. He is the Word that creates all life, all things. The first name John calls Jesus is “the Word.”

Next John refers to Jesus as “the light.” The light which the darkness will never overcome, the true light which enlightens every man. Having introduced Jesus as the Word and the Light, John writes, “But to all who received him, and who believed in his name, he gave power to become children of God…” John 1:12

A Friend by Many Other Names

So what does it mean to believe in His name?

First, I’d say to believe in His name means to believe that He is not one of many. He has no rival, and no peer. His power and authority are absolute. He is the Alpha and Omega, the beginning and the end. Nothing comes before Him or after Him or apart from Him. He alone is Lord of Lords.

St. Paul makes it very clear the name of Jesus is matchless: “Therefore God has highly exalted him and bestowed on him the name which is above every name, that at the name of Jesus every knee should bow, in heaven and on earth and under the earth, and every tongue confess that Jesus Christ is Lord, to the glory of God the Father.” Philippians 2:9-11

To believe in His name also means to believe in the glorious absurd. Omnipotent God, Creator of all things is no longer far off and unknowable. His name is also Emmanuel, “God with us.” Not God whom we dare not approach. Not God from whom we hide in terror. Not God we dread, but God with us. The Word became flesh and dwelt among us.

He came to be the Lamb of God, who takes away the sins of the world. He is the Good Shepherd, the Gate, the Bread of Life. He came to be our ransom, our shelter, and our food.

Which Name Do You Prefer?

Is it pleasant to believe in His name when He is called Morning Star, Prince of Peace, Dayspring, and Shepherd of Souls, but less appealing when He is called the Righteous Judge? Or Governor, or King of Kings? Is the Lion of the Tribe of Judah not cuddly enough? Is the Way, the Truth, and the Life too exclusive?

Tough beans, folks. He is exclusive. He is the one and only Lord God Almighty. He will not take His place among others in our lives. He demands the highest place. He won’t settle for being admired and respected. He thirsts for your love and my love. He asks for everything because He gives everything.

The many names of Jesus do more than illumine different aspects of Him to help us know Him better. Those names can also challenge us to greater humility and obedience, lest we get comfortable with Jesus as only Advocate and never King or lose our courage or our charity seeing Jesus as only Judge and Master, never the Good Shepherd.

There is No Other Name

Above all, He is the Messiah. To believe in His name is our only hope, for “there is salvation in no one else, for there is no other name under heaven given among men by which we must be saved.” Acts 4:12

Running to the Greater Glory