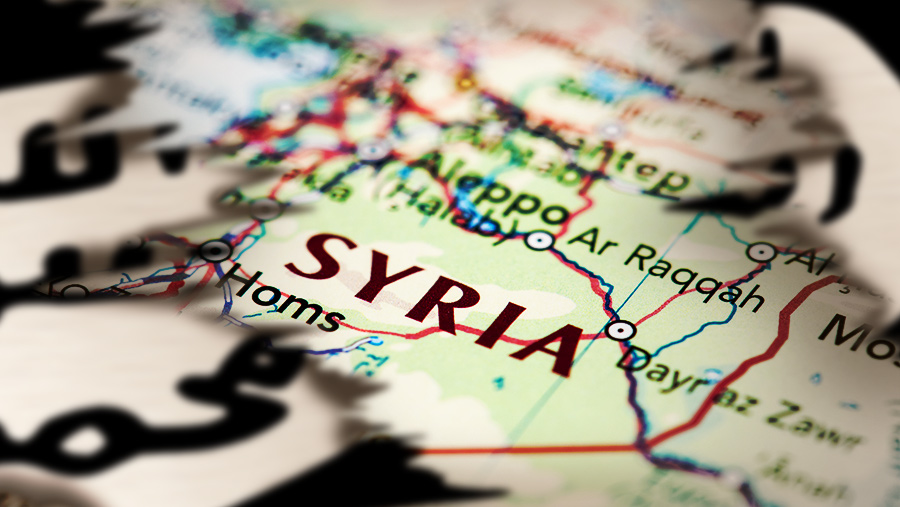 Q. Syria, Iraq, Afghanistan. It seems like just one Middle Eastern quagmire after another we’re trying to manage. Shouldn’t we just bring our boys home, as President Trump is doing?

A: First of all, President Trump isn’t bringing a single American soldier home. Not one. Not from our futile, dangerous mission in Afghanistan. And not from their peaceful assignment guarding our Kurdish allies in Syria. In return for them losing 10,000 soldiers fighting ISIS, while we lost around two dozen.

Trump’s shifting our Special Forces volunteers a few miles down the road, to make way for a Turkish killing zone. Plus an incursion by al Qaeda to hunt down Kurdish Christian converts. Remember al Qaeda? I do. I was in New York City on Sept. 11, 2001. I always thought those Towers were hideous, but I don’t support the way al Qaeda brought them down. You know, while they were still full of people and all. I am grateful they didn’t hit the Chrysler or Woolworth Buildings. But I don’t want to reward them by giving them a big chunk of Syria.

Nor do I want to punish the Syrian Democratic Forces for helping us. Or force them into alliance with the pro-Iran, pro-Russia government in Damascus. Though that would be better than letting al Qaeda kill them. Or drive them all out of the region, Christians and Kurds alike, to make room for loyal, pro-Turkish Muslim refugees. You know, from the Syrian Civil War that Tayyip Erdogan, president of Turkey, helped to start. For instance, by funding and sheltering ISIS. And equipping al Qaeda militias, hoping they would conquer Damascus and drive out a million Syrian Christians, as Iraqi Islamists drove out almost a million Iraqi Christians.

If we want to avoid long, horrible, counterproductive campaigns like the ones in Iraq and Afghanistan, we need allies and proxies. People who will sometimes even fight wars on our behalf, in return for favors from us. The Kurds fought ISIS so we didn’t have to.

Unlike most conservatives and many liberals, I opposed the Iraq War back in 2002. I believe that I coined the term “Godforsakenhellholistan.” So I share your instinct. We’re not the global policeman. Or an empire.

But if we want to avoid long, horrible, counterproductive campaigns like the ones in Iraq and Afghanistan, we need allies and proxies. People who will sometimes even fight wars on our behalf, in return for favors from us. The Kurds fought ISIS so we didn’t have to. In return, we offered them protection against the Turks and al Qaeda. Now we’re walking out on the check.

Should We Just Shrug, Cut, and Run?

Q: It’s all too complicated. There’s no way to even understand the situation, much less take sides, as an American.

A: It’s a chess game, not checkers or Risk. But it’s not beyond the reach of human understanding. Essentially, there’s a three-way struggle for power in Syria, with Christians and other minorities caught in the middle. Here are the players, along with how they’re portrayed in U.S. media by commentators with various biases.

The Government of Syria

Bashir Assad is an old-style secular Arab dictator. He comes from a minority group, the Alawites, whom most other Muslims hate. Especially Sunni Islamists. He (and before him, his father) repressed Islamists for decades. In this region, that’s a good thing, especially since more than a million Christians still reside in Syria. Christians can’t evangelize, and Muslims can’t convert, but nobody’s burning their ancient, apostolic churches.

In lieu of Islamic fervor, Assad latched onto anti-Zionist fervor. So he made common cause with Iran. He has kept up Syria’s long-time alliance with Russia. That ought to be less of a problem now that Russia’s not a global Communist empire. But to certain Americans, that doesn’t matter. Russia is always our enemy, no matter what its government.

At various points the Turks have backed ISIS, and a series of other Islamist militias that kept rebranding themselves with different names. The largest affiliated with al Qaeda. These were the militias that Senator John McCain assured us were “moderate.” They were the forces hoping to conquer Damascus and drive out all the Christians. In the GOP presidential debates, almost every candidate, including Marco Rubio and Lindsey Graham wanted to shoot down Russian planes in order to help these groups. (The exceptions were Donald Trump, Rand Paul, and Ted Cruz.)

The U.S. Must Shoot Down Other Countries’ Planes

A: Yes. Their guiding principle seems to be: “The U.S. must shoot down other countries’ planes.” I can’t find any other common thread to their shifting positions. Rand Paul and Donald Trump’s stance also shifted strangely. They had talked up allying with the Kurds and protecting their autonomy, in return for help against ISIS. Now they want to abandon them. The common thread here seems to be: “Make America First seem as shameful as possible.” Also, “Guarantee that in future wars, the U.S. will have to provide all the fighters, since no one will ally with us.”

Q: And the third player?

The Kurds and those Christians Canny Enough to Ally with Them

The Kurds have a secular nationalist ideology that used to be radical leftist, but now has evolved in an idiosyncratic direction. Essentially, they favor decentralized government, guaranteed representation for women, and religious freedom. Even freedom for Muslims to convert to Christianity. Which makes them, alongside Israel, the closest thing to a natural ally for Western countries in the region.

Q: Didn’t the U.S. government label the YPG (the Kurdish group that created the SDF) a terrorist group?

A: Yes. This happened a long time ago, when Turkey was a nice secularist dictatorship, instead of an aggressively Islamist totalitarian democracy. Kurdish groups have engaged in guerrilla war, with some lapses into terrorism. Just like groups we labeled “freedom fighters” in the past, such as the Contras in Nicaraugua, and the Patriots in 1776.

Q: So they threaten our NATO ally, Turkey?

A: Turkey’s in NATO, but it’s hardly an ally. Its prisons are full of journalists. The government’s seizing and bulldozing ancient churches. Just this morning, Erdogan threatened European governments that dared simply to criticize his attack on Syria. He said:

Hey EU, wake up. I say it again: if you try to frame our operation there as an invasion, our task is simple: we will open the doors and send 3.6 million migrants to you.

If I might paraphrase the president: I like allies that don’t threaten to invade our other allies.

A Pretext for Trump to Walk This Catastrophe Back

Q: But didn’t Turkey offer to take custody of ISIS prisoners for us?

A: I’m sure they’ll take some, and just recruit them for their al Qaeda militias. There’s little difference between the groups, ideologically. But in fact Erdogan lied to Trump on the phone. Apparently, he promised to corral all of ISIS. Now that U.S. troops are out of the way? He’s changing his story. Bloomberg reports:

Turkey will take custody of Islamic State prisoners only in areas of northern Syria where Turkish troops are trying to create a buffer, Foreign Minister Mevlut Cavusoglu said on Thursday, contradicting a key claim made by President Donald Trump.

Q: What will happen to the rest of the 60,000 or so fighters and their families?

A: The Kurds won’t sit around guarding them while the Turks gut their homeland. They’ll release them into Iraq, where ISIS will shatter the already fragile government. So we’ll have two new civil wars for the price of one. And millions more Muslim immigrants flooding into Berlin, London, Paris, and Rome.

Q: Why did President Trump agree to any of this?

A: He may have published The Art of the Deal, but I think Erdogan understands it better. Presidential staffers have reported that each time Trump gets on the phone with Erdogan, the wily Turk outnegotiates him. This time Trump was too proud to admit that and back down.

Q: Are we stuck with the situation?

A: Not necessarily. By welshing on his part of the deal, Erdogan gave Trump the perfect excuse for reversing himself. Now he can demand a better outcome, or else impose a no-fly zone over Northeast Syria.

Q: You mean, threaten to shoot down Turkish planes?

A: Yes. That should make the neocon senators happy. It would also let the Kurds, excellent ground soldiers, defend themselves without our soldiers getting in the middle.

A: A compromise that makes every one of the three parties unhappy. A federated government of Syria, loosely confederated under that country’s legal regime in Damascus. But with extensive autonomy. So the Islamists who want to impose sharia can do so in the regions that they’ve conquered. The Alawites and pro-Assad Christians can live under his direct control. And the Kurds can have autonomy, but not independence, along with those Christians and others who prefer their system to Assad’s.

Q: And nobody wants this outcome?

A: Everybody wants everything. Each side wants unconditional surrender from all the others. That’s why we have to work with the Russians and others to impose this. But first we have to show the Turks they can’t just sweep every other players’ pieces off the table.