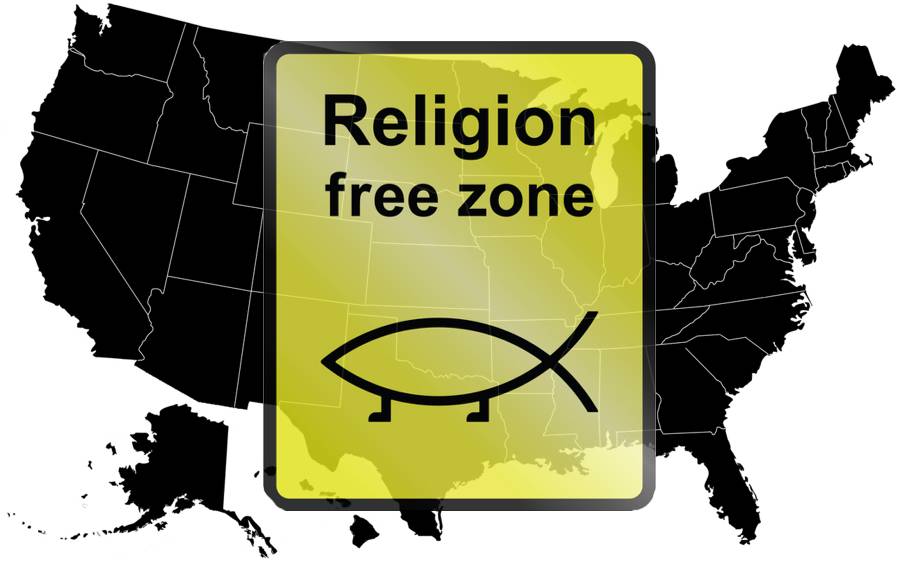 The deception goes back at least to 1962, when the Supreme Court banned prayer in public schools. The real deal showed up a year later when the court decided in Abington School District v. Schempp that the First Amendment meant the state must practice religious neutrality.

It sounds great on paper. I can’t think of a better way to support our pluralistic society, allowing everyone freedom of both religion and conscience. It’s such a lovely idea, I wish it could be real. It isn’t, and it can’t be.

We’ve put neutrality to the test here in the United States, and we have proved there is no such thing. There is only secularism, the denial, in practice, of all religions. “Neutrality” is, necessarily, state-enforced secularism, the specific and intentional exclusion of God from public policy and state-supported events, which means almost everything that matters at any level of society larger than family or church, except perhaps some business interests.

For evidence, just read the daily news feeds from the organization most actively supporting and defending “neutrality.’ Its name tells it all: the Freedom from Religion Foundation. Day after day the FFRF pounces gleefully (you could also call it bullying) on schools, city councils and legislatures that dare mention the name of God anywhere, whether in public or in private session.

This is what “neutrality” looks like in action. “Stop It! Stop that religion! Stomp it out, everywhere there’s even the slightest connection to the state!”

Armed with lawyers and letters and briefs, the FFRF operates under cover of the Supreme Court’s 1971 Lemon test, part of which says the state must neither advance nor inhibit religion. That dictum, too, is impossible to carry out. It’s not just that secularism itself counts as religion, by some definitions of religion. By other definitions it isn’t one, so secularists can squirm out of that one.

It doesn’t matter, though. When “neutrality” shuts religion out of education and public policy, it sends a clear signal that we can get along without God and religion. Though unspoken, the message is unmistakable: God may be okay for church, but elsewhere He’s irrelevant.

God? Irrelevant?! Yes, that’s the message. And this is how the state keeps itself from “inhibiting” religion? Christianity is by nature a social (and hence public) religion, and always has been. State-enforced privatized Christianity is therefore state-mandated distortion of the faith.

Again, I do not know what better policy the state could adopt. The question isn’t worth solving at the moment: It would be beastly difficult, and for the time being at least, the effort would be pointless, since the policy simply isn’t up for discussion. Far from it, actually when activists in the FFRF, the gay community and elsewhere are ramping up “neutrality’s” non-neutral application against Christians.

The best thing we can do is to decide how best to live with it.

There Is No State Religious Neutrality

The first and most important thing we must do is to call out the deception. We must resist any claim of state neutrality toward religion.

We should have done it years ago, when public education actually was still doing a more passable job of appearing “neutral.” It’s even worse, now, of course, but it was bad enough when schools’ tacit message was that God doesn’t matter, at least not to anything that’s worth teaching. We could still do church if we wanted, but that was optional. The state turned it into a side gig.

I called it “blasphemy” in the headline here. That’s strong language, I know. But what else can you call it when the world says everything else matters more than God?

Meanwhile “neutrality’s” other lesson for us has been that religious choices themselves are neutral; any choice is as good as any other. One result of that has been Carl Trueman’s “modern self,” the autonomous individual who supposedly “determines” his or her own truth. Each person’s belief must be deemed as good as any other’s, and may the gods rain fire on you if you criticize another person’s choice. And oh, yes, there are gods. They’re the ones who create and maintain “truth”; they are those same autonomous individuals.

Reverse It? No. Expose It.

There’s no point talking about reversing these misguided policies. It isn’t about to happen any time soon, not on any large scale, anyway. (Theocracy alarmists reading this may feel free to calm down; I’m not going there with this.)

But we must expose the fiction. Maybe, just maybe, if we succeed in unwrapping the pretense of secularism’s neutrality, we might win some lower court battles. (Theocracy alarmists, you may go ahead and let your sirens blare now. If you’re committed to fiction and pretense, that is.)

Un-Teach the Deceit at Home and Church

Even more importantly we should name the deceit for what it is, and un-teach it in our families, churches, and (where possible) our schools. Young people in particular must wonder why we say Christianity is so important at home and at church, when no one else seems to care about it anywhere else.

This is way too easily overlooked. Religious “neutrality” is so engrained among us, it’s hard to see how much effect it has had. So we need to talk it through with our young people. Acknowledge the way God seems unimportant in public life, to begin with; then tell how the state thought it could create religious neutrality, how wrong that turned out to be and how it still claims to try anyway. They’ll understand the truth better if we un-teach the lies better.

I called it “blasphemy” in the headline here. That’s strong language, I know. But what else can you call it when the world says everything else matters more than God? When God’s truth is an annoying intrusion on everyone’s self-declared “truth”? It may be cleverly concealed blasphemy, but let us not think God likes subtle sin better than open sin.

Open blasphemy never would have worked in America anyway. We’ve let the hidden version work in its place. The policy of so-called “neutrality” may be hard to overcome, and difficult to replace with anything better. We can at least quit pretending it’s something it isn’t.