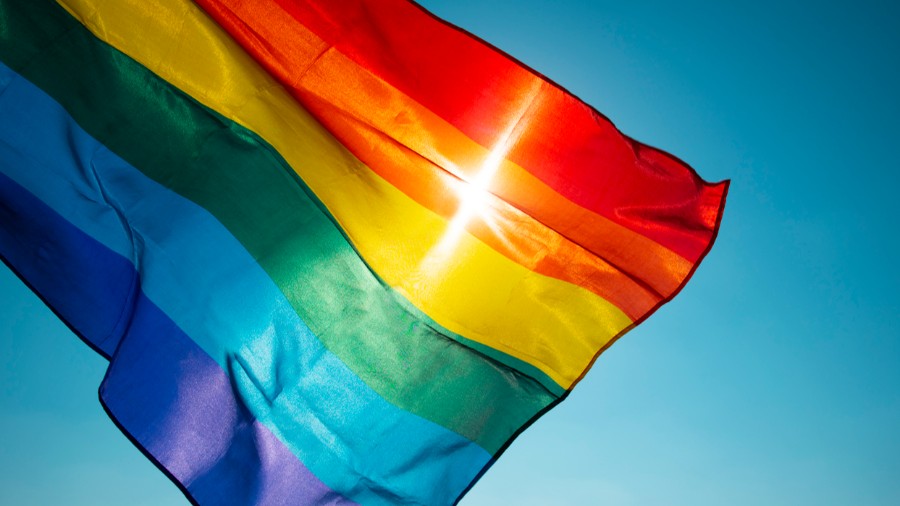 The high priests of the Sexual Revolution have spent June, “Gay Pride Month,” lecturing American adults and indoctrinating our children. They’ve sermonized on the sacredness of homosexuality, transgenderism, and make-up-your-own genderism.

Anyone who didn’t agree was deemed a heretic against society. Transgressors were threatened with metaphorical crucifixion on the cross of “cancel culture.” Valued teachers and coaches were fired. Parents were told to stop making trouble. A military chaplain was threatened with reprimand. And countless Christians were shamed as haters.

Who were the high priests running this inquisition? Leaders in corporate America. The education establishment. The media. Professional and amateur sports. Silicon Valley. Wall Street. And of course, politicians.

What did Jesus believe, and teach, if anything, about homosexuality and transgenderism?

But after a month of their preaching, it might be good to ask Jesus, a higher authority, what He believes about their LGBTQ dogma. Let’s let Him have His say. Some claim Jesus said nothing about the topic. So what did Jesus believe, and teach, if anything, about homosexuality and transgenderism?

Plenty, it turns out.

First, we know that Jesus endorsed the Old Testament Law given to Moses, which made homosexuality a capital crime. In the Sermon on the Mount, for instance, Jesus taught, “Do not think I came to abolish the Law or the Prophets; I did not come to abolish but to fulfill … until heaven and earth pass away, not the smallest letter or stroke shall pass from the Law until all is accomplished” (Matthew 5:17, 18 NASB).

Jesus was an observant Jew who lived under the Law. This code asserted that the monogamous, heterosexual family was created by a loving God. It was vital to human well-being. According to the Law, the original family order was so essential that toying with it was like spreading fire in a dry forest. Violating the family was selfish cruelty, not open-minded compassion.

The importance of this model of the family is seen in Leviticus 18 of the Law. There God issues a long list of prohibitions against the anti-family and socially destructive sexual practices of the Canaanites. These include adultery and incest, warning Israel not to do the same. Also included is: “You shall not lie with a male as one lies with a female” (verse 22).

In fact, Jesus wrote this Law. As God, Jesus in His pre-incarnate form actually gave Moses this code. See John 1:1-3 and dozens of scriptures for the affirmation that Jesus was God.

But aren’t we no longer living under the Law? True. Jesus fulfilled the Law in our place, then died in our place to take our punishment for our sins. His death ushered in a new standard, the “new covenant” (which also prohibited homosexuality, as we will see). But to say Jesus said nothing about sexual standards is to ignore His endorsement of the Law.

Second, Jesus made a clear statement setting the objective boundaries for gender and the family. He told the sin-excusing religious rulers of His day: “Have you not read that He who created them from the beginning created them male and female, and said, ‘For this reason a man shall leave his father and mother and be joined to his wife, and the two shall become one flesh’?” (Matthew 19:4-5).

Jesus is quoting Genesis. But He is also talking about His own actions. As the incarnate God-man, Jesus was present in the Garden of Eden. He was involved in the very creation of the genders He is commenting on.

So it seems Jesus was opposed to the LGBTQ framework.

His words would have gotten Him fired today if he had uttered them as the employee of many corporations. He would not be welcome on the Olympic Team unless he kept His mouth shut. He would be instantly disqualified to run for the Democrat presidential nomination. His words would make many GOP consultants nervous and seeking “someone more marketable.” He would be artfully kept away from many church pulpits, sadly including a good number labeled “evangelical.”

But that’s not all Jesus had to say on the topic.

Jesus Approved What the New Testament Would Teach

That message, written in the New Testament letters to the early churches, clearly defines homosexuality as a serious, destructive sin. This is due to its reversal of, and damage to, the sexual order. They reiterate the Old Testament’s insistence that the monogamous, heterosexual family is essential to human well-being. They repeat the Old Testament’s point that violating this boundary is to behave like children playing with loaded guns.

For example, Paul’s letter to the Romans asserts that humanity’s willful rejection of the true God also caused the pushing away of our God-given conscience. God allowed this alienation. One of the first dominoes to fall was sexuality:

“Therefore God gave them over in the lusts of their hearts to impurity, so that their bodies would be dishonored among them … For this reason God gave them over to degrading passions; for their women exchanged the natural function for that which is unnatural, and in the same way also the men abandoned the natural function of the woman and burned in their desire toward one another; men with men committing indecent acts and receiving in their own persons the due penalty of their error.”

Some have tried to say that this passage is speaking only about abusive gay relationships. Others say it only condemns gay pagan temple prostitution. These dodges are exposed by the context of the passage: Other sins are listed which are clearly not limited only to abusiveness or pagan temple worship. So consistency requires that the ban on homosexual behavior is also seen to be universal, not limited.

Other passages echo this truth: 1 Corinthian 6:9-10, 1 Timothy 1:9-10, and Jude 7 all have statements on same-sex sexuality. Other passages extol the essential nature of the monogamous heterosexual family — and only that kind of family — for human well-being. Anything else is sin.

Jesus Died to Pay for Sexual Sin … Because It’s Sin

Thankfully, Jesus died to purchase forgiveness of any sin. He did this because He loved sinners, including sexual sinners of various types, which virtually all of us are in our actions or thoughts. In His ministry, He knew how to compassionately give grace yet hold firm against sin. In fact, holding firm against sin is a part of grace.

He defended the woman caught in adultery against self-righteous religious leaders who cared little about her or the institution of marriage. They simply wanted to use her as a tool to attack Jesus (John 8:1-11). As part of His provision of grace, He told her, “Go and sin no more.”

Jesus responded to the Samaritan woman at the well, living with a man “not your husband,” by offering her salvation in place of sexual confusion (John 4). He was known to associate with people like prostitutes, but with the aim of offering forgiveness and escape from slavery to sexual sin.

For Jesus, offering merciful escape from sexual sin was apparently a priority.

Sin Must be Acknowledge in Order to be Remedied

But to refuse to acknowledge sin is to dismissively wave away the need for a remedy to sin. Grace and mercy don’t mean we redefine sin or refuse to recognize it. God’s grace means we confess sin as sin, and humbly accept His forgiveness.

Then, walking in grace means we draw on His Holy Spirit’s power. We engage in the practical effort to daily put our sins to death as we progressively spiritually mature and transform. But refusing to name sin as sin short-circuits grace.

It is why the high priests and money-changers of the temple of the Sexual Revolution must deny the true Jesus as revealed in scripture.

It is why they hate true Christianity and are attempting to silence us.

And it is why, in grace and love, we must know, speak , and live the truth in a time of testing.

Christopher Corbett is a writer who has served with numerous ministries and policy organizations. He was vice president at a religious freedom legal organization, and co-author, with the late Marlin Maddoux, of the book Answers to the Gay Deception. He holds a political science degree from the University of Chicago.