What Would It Have Been Like to Live With the Boy Jesus? 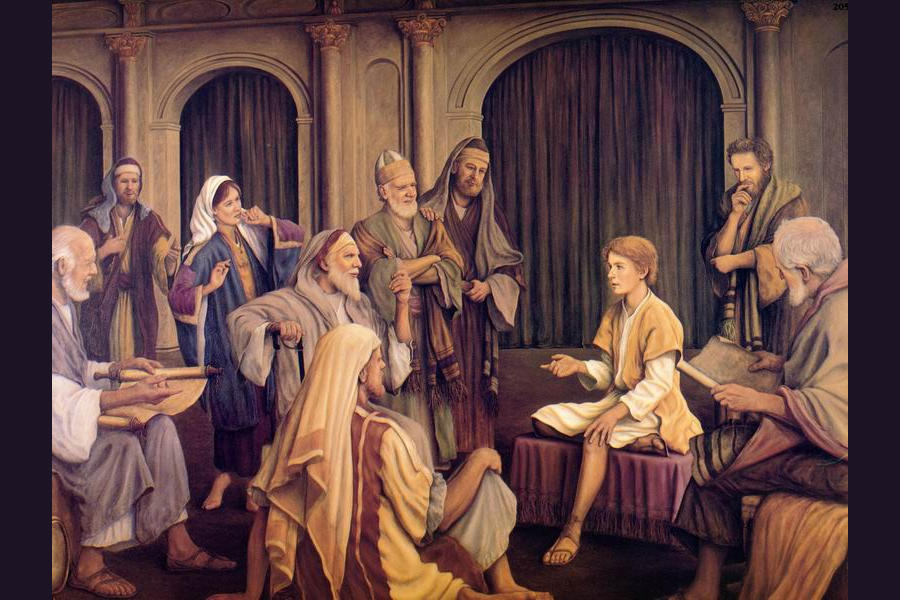 What would it have been like to live with the boy Jesus? I gave that some thought in my book Too Good to be False: How Jesus’ Incomparable Character Reveals His Reality, excerpted here.

We don’t know much about His boyhood, but we do know He was God in the flesh from the moment of His conception. Hebrews 4:15 says of Him, “For we do not have a high priest who cannot with our weaknesses, but One who has been tempted in all things as we are, yet without sin.” First Peter 2:22 says He “committed no sin, nor was deceit found in his mouth.” Can you imagine sharing a home with a boy like that? It isn’t easy, is it?

You’d think there could be nothing left to astonish us in Jesus … but there is. Think of a great leader you admire from afar, or a celebrity you’d most love to spend time with. Imagine being on a first-name basis with him. I’ve had the honor and privilege of knowing a couple of prominent leaders that well. And I’ve discovered there remains some distance from “first-name basis” to “true friends,” which is a smaller, more privileged circle yet.

Jesus, the leader of all leaders, the Man who was literally perfect, master of humanity and of all the universe, includes us in that circle. He calls us His brothers and friends. What could a man of His greatness want to do with such small, flawed people as us?

Maybe that seems like an easy question, and on one level it is: He is God, and God is love. He created us for fellowship with Him. That’s straight Christian doctrine, one of the very first things Christian parents teach their kids, impossible to miss in even the simplest, briefest study of God. So it’s easy for us to get used to it. Imagine not being used to it, though.

Picture James or Jude, Jesus’ younger half-brothers (or, as Catholics believe, His cousins), growing up with a perfect big brother — morally and spiritually perfect, that is. Jesus might have made some kinds of mistakes, cutting or fastening a board wrong, maybe, but He never lied, never acted selfishly, never dishonored His heavenly Father in any way.

Come to think of it, imagine what it was like for Mary or Joseph? “Honey, I thought parents were supposed to teach their kids how to love one another. Why do I get the sense this one is teaching us?” They knew the answer, and yet I still can’t help but think how unsettling — disturbing, even — that must have been. Who wants to raise a child like that?

The angel had called Mary “Blessed among women.” Surely at times she must have thought, “Yes, it is indeed a blessing to raise the boy Jesus, but I’ll never get used to it.”

A Question I Want to Ask in Heaven

Back to James and Jude. Don’t you think there must have been times when they said to Him, “You think you’re so perfect!” Someday in heaven I want to ask them how Jesus answered. (It’s another scene I can’t quite picture.) They must have felt envious, even intimidated. Surely they must have baited Him, trying to get Him to slip up. Just as surely, though, Jesus kept loving them persistently.

Even His great love didn’t fully get through to them until much later, though. We know His family members didn’t believe in Him as Savior until after His resurrection (John 7:5).

Could it be they were put off by His perfection? Intimidated, maybe? Who wouldn’t be? And yet many followed Jesus gladly during His earthly ministry, and after He rose from the grave, James and Jude put all that aside and followed Him, too.