40 Days For Life founder Shawn Carney teams up with Steve Karlen to write a guide for pro-life advocates when talking about abortion. 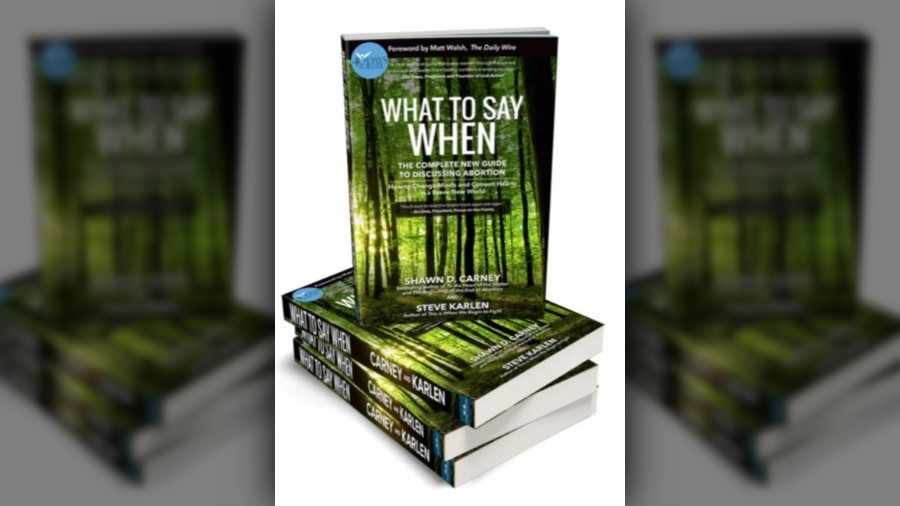 “Abortion is the only surgery on earth you are not supposed to survive,” write Shawn Carney and Steve Karlen in their book What to Say When: The Complete New Guide to Discussing Abortion. “If a baby survives an abortion, it means the doctor did something wrong.”

Shawn Carney, 40 Days for Life‘s founder and CEO, spoke with The Stream recently about the book he wrote with 40 Days for Life Campaign Director Steve Karlen. The organization holds peaceful vigils outside of abortion facilities twice a year for 40 days. The next event is scheduled for September 22 through October 31.

Shawn told The Stream that he didn’t think a book needed to be written, because pro-lifers know what to say to those who are pro-abortion. It was common sense. Then his relatives pointed out that they didn’t know what to say when the topic of abortion came up.

He also realized that many of the pro-life books were outdated. The discussion of abortion has changed dramatically over the last couple of decades. “Bill Clinton, when he became pro-life to run for president, he brilliantly came up with the ‘I don’t like abortion. That’s why I believe it should be safe, legal and rare.’ And those days are just gone. I mean, he would be run out of the room right now for saying that. Now it’s ‘shout your abortion,’ taxpayer funded abortion and infanticide.”

What to Say When, which will be released September 7, covers all sorts of topics having to do with abortion. The book “is written to be used,” said Shawn. One of the most important is to ask questions and listen. Pro-life people need to ask pro-abortion folks to define abortion. “I mean, we should start by being the clueless ones and inquire what [abortion] is, because they don’t know what it is or they do know what it is, and it’s indescribable when they say it out loud.”

Pro-lifers need to know they don’t have to justify their stand on abortion. “That’s the main thing,” he said. We can respect the person arguing for abortion. “We have to love that person. We really are trying to convert them. That’s the goal. And we can do that without respecting their point and not giving credibility to their point and by asking questions.”

Most people who say they support abortion haven’t really thought about it. “When you ask what an abortion is, or when should somebody be aborted and why then and not a week earlier, a week later, it gets them thinking. … The idea that somebody has [been] sacrificed in order for [the abortion] to happen never crosses their mind.”

Nancy Flory, Ph.D., is an associate editor at The Stream. You can follow her @NancyFlory3, and follow The Stream @Streamdotorg. Her previous article was From Death to Life: ‘I Had to Make a Choice in My Heart’.