What to Do With Presidential Losers 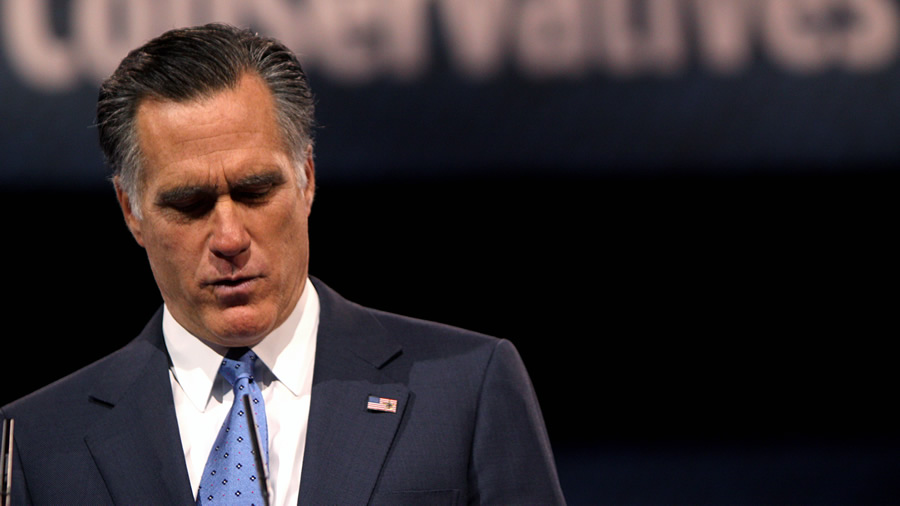 The news of the past few days has me convinced: We must re-bake into the Constitution something healthy for losers of presidential elections to do. Originally, whoever got the second most votes was made vice president. That did not work well at all. I mean, imagine a President Trump with a Vice President Hillary. And you thought she threw lamps around the White House during Bill’s administration.

However, her behavior since Election Day, along with the assorted antics of Romney, McCain, Kerry and Gore suggests we have a national problem with election losers that requires a bold solution. And maybe it starts with not always calling them losers.

Sure, Hillary tossed the whole “peaceful transfer of power, lose graciously” tradition away like it was last week’s lottery ticket. But more worrisome has been her non-stop run of odd behavior:

Hillary went after Gabbard with the viciousness she usually reserves for women victimized by her husband. And her loyal machine has gone along with the slander. There is no sane reason for Clinton’s action.

On the plus side, at least Hillary is not creating imaginary friends.

Which gets us to Pierre Delecto … The Senator Formerly Known as Mitt Romney.

Utah Senator Mitt Romney, the stately political salamander, admits he created a Twitter account as “Pierre Delecto.” Basically, all he did as Pierre is blast Trump and show himself some love. Yes, Romney was retweeting positive stories about himself. As the old church lady on SNL would say, “Now that’s just sad.”

Some compare it to former congressman and convicted pervert Anthony Weiner creating his creep alter ego Carlos Danger. No, it’s Jan Brady inventing boyfriend George Glass just to prove to sister Marsha and the rest of the Brady clan she wasn’t such a loser.

Pierre Delecto? Really?!?! This from a man who walked off a GQ cover to make hundreds of millions, rescued countless companies from ruin, ran Massachusetts, and saved the 2002 Winter Olympics?

Something Happens to the Losers

Hillary and Romney are hardly unique. Look at Al Gore. Few today would remember that Senator-then-Vice President Al Gore was a moderate. A somber, forward-looking thinker. No, he didn’t “invent” the internet, but he was the techno-geek in Congress who helped it along legislatively. A guy so stiff and dull he made Mitt look like Snoop Dogg. While his bosses, Bill and Hillary Clinton were a living, breathing soap opera, Al and wife Tipper were the kindly family in a lawn furniture ad.

Tens of millions of your fellow Americans go into a booth, hit a lever … . And say “We’re just not that into you.” You lose. You have lost.

But then came the controversial loss in 2000 to George W. Bush. At first, Gore was philosophical. Could even joke about it. And then … he went radical left. Went Hollywood. Became bug-eyed hysterical in speeches. His marriage shattered. The whistle-clean politician behaved inappropriately during massages. He began preaching climate gloom and doom for massive profit.

Clearly, Gore is not the same guy he was in 2000. He’s barely recognizable. And not just because he has doubled in size.

John McCain spent his last two years living only to wreck the current president. John Kerry’s been running around the world sabotaging

Trump. Clinton, Romney, McCain, Kerry, Gore. All five of these Americans lost elections. All set out to mess with a guy who won. Obviously this is a bipartisan phenomenon. Just as obviously, it can’t be just about Trump.

Sure, there’s an element of, “How could an amateur win and I lose?” bitterness. But I suspect the phenomenon reveals something deeper.

Could You Imagine Losing a Presidential Election?

How horrible would it be to lose a modern presidential election? You’ve prepared decades to run. You ate fried Twinkies in Iowa. Froze to death in New Hampshire. All of that wrestling to get the nomination of your party. You raise millions of dollars at countless, bleary-eyed fundraisers. Then you run all over the country. You give the same speech thousands of times. Then you are THE NOMINEE. Every step you make is dissected on cable news channels 24/7. Each misstep is the fodder for countless jokes and memes and attack ads. Every teeny aspect of your entire life since the womb is dissected and turned to your disadvantage.

To run for president, you must imagine what you’d do as president. You have to visualize yourself in the Oval Office. Feel the reins of power in your hands. You can smell the Rose Garden. It’s that close.

And then tens of millions of your fellow Americans go into a booth, hit a lever … . And say “We’re just not that into you.” You lose. You have lost. You lost to somebody who has just spent the past six months distorting who you are and what you believe. Whatever else you do in life, you are “The Candidate That Lost.” From the cheap seats, pundits and the public won’t shut up, speculating on why you lost. All the lights on you are turned off. You have been rejected on an historic scale. Literally, historians will write about how you blew it.

In the dark you are left to wonder what might have been. All that you could have done differently. “If only …

That list could go on forever, and consume the rest of your life.

So what do we do?

Option 1: Nothing. Or at least nothing but pray for the non-winner. There is no participation prize in politics. Nobody forced the losing nominee into the arena. We’ve survived 250 years with people losing elections. Sure, Aaron Burr ended up dueling Alexander Hamilton in part because of his role in Burr’s loss. Then he ran off to try to form his own country. (But he did get a big role in a Broadway musical.) Otherwise, the Union has survived, so let things stand.

Option 2: Work harder as a nation to quickly heal the wounds of an election. For example, start a Christmas season tradition of an event where both candidates, president-elect and vanquished foe, come together for a day, perhaps working together at a soup kitchen. An event symbolizing servanthood, not power. Unity, not division. That at the end of the day, the candidates (win and lose) are people, not punching bags.

Option 3: Go beyond symbolism. Create a real position for the candidate who didn’t win: Perhaps Ambassador-at-Large. Perhaps join ex-presidents on some American Elders Board that’s given specific and real non-partisan tasks to accomplish. These candidates, by and large, are far more than being the short end of an Electoral College count.

Perhaps you have other ideas. Whatever the option, there’s got to be some better way than watching election losers concoct bitter paybacks, tin-foil hat conspiracies, and imaginary friends. I’m sure Pierre Delecto would agree.