What the ER Can Teach Us About Voting: Triage Principles for the Christian Voter 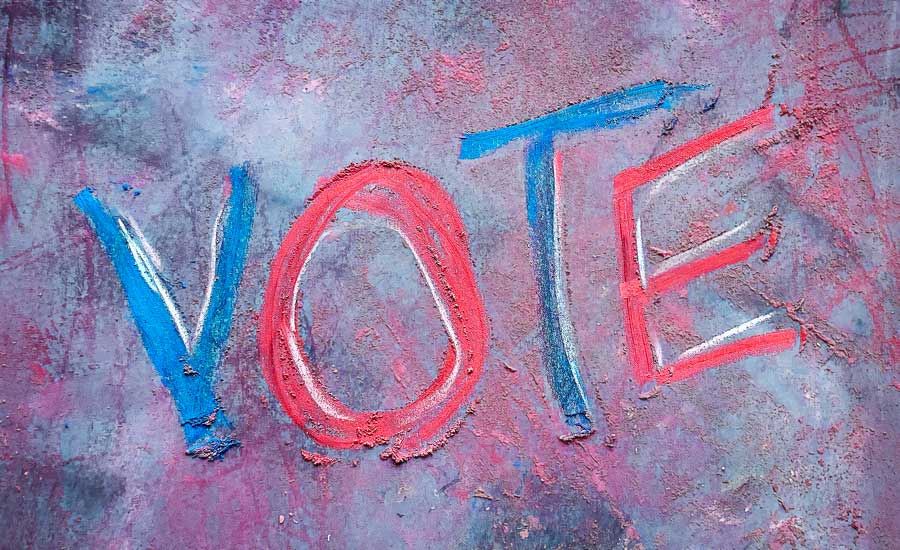 Does the Bible present a wide array of ethical issues and leave it up to us to pick and choose what we feel most passionate about and vote accordingly? Or are there moral priorities that should take precedence over other important issues?

Voting can be confusing. We think about issues that matter to us: healthcare, human rights, environment, taxes, education, abortion and any other thing we feel strongly about. The attention given to media, airtime and academic discussion influences what we may think are the pressing moral issues of our day.

Usually, the person or policy that we believe is aligned with those matters we feel strongly about most, determines our voting pattern. But is this the most just way of determining your vote? I want to take us into an emergency room and to Scripture to see a better way.

Imagine you were brought into an ER with a severed femoral artery. The emergency department performs triage, prioritizing incoming patients and deciding which must be seen first. Suppose the triage nurse tells you to get in line behind the uninsured patient with a toothache, a guy with a fractured wrist, and a child who has flu symptoms.

You would say that’s wrong, and so it is. It fails to prioritize the most vulnerable and places them at risk of death. An ER that triages its patients like this would be a dangerous place, it would be an unjust place.

But that’s not how ERs operate. The use a standardized Emergency Severity Index (ESI) to rank patients on a scale from level 1 requiring immediate intervention to level 5, the least urgent based on symptoms.

Now let’s say the triage nurse also happens to feel strongly about environmental protection, so she lined that secretary up for treatment ahead of you. You would recognize the error of an ER that allows personal interests to determine who goes first in line.

If the principles of emergency room triage are clear regarding those who need immediate life-saving intervention, we should look at the threat of abortion on the unborn in the same way. Why not consider the unborn as level 1 patients at immediate risk of loss of life and act accordingly?

If we really believe that life begins at conception, then why would we not expect and demand the same level of treatment and care for the unborn as we expect and demand for any other human life? Taking innocent human life in the womb will always be an injustice greater than any that the living may survive to experience. That doesn’t trivialize other harsh realities, but it shows that they are subordinate to this Level 1 situation.

How the Bible Helps You Vote

Now how can the Bible help the Christian voter? Jesus cares about the poor, oppressed, diseased, tax collectors, foreigners, women, marriage and the law. He cares about many things, but not all equally. Caring about many things does not mean you are to afford the same level of concern for everything.

For example, do you care for the poor to a greater degree than you care for your own spouse or child? Hopefully not, because that would come into conflict with what the Bible says in 1 Timothy 5:8, that “whoever does not provide for their own relatives and especially their own family is worse than an unbeliever and has denied the faith.”

Again Jesus taught in Luke 14:5, “If one of you has a child or an ox that falls into a well on the Sabbath day, will you not immediately pull it out?” Jesus considered the protection of human life more important than the Sabbath law. Faced with competing ethical issues, He assigned a level 1 priority to protecting human life while also assigning a lesser priority to the Sabbath law. Moral hierarchies exist in Scripture. Not all moral laws are of equal weight.

Here’s where the ER can help us vote. Let’s go back to the emergency department and see ourselves as the nurse performing triage. Examine symptoms and assign a category level. Here’s how I would do it: make a pyramid.

At the top of the triage pyramid are the level 1 issues that are critical to the protection of human life, beginning in the womb but not ending there. Included in level 1 is the protection of the family, human nature, and marriage.  These carry the most serious consequences when violated and unprotected. In fact, threatening the survival of these each warranted the death penalty under the old covenant.

Perhaps the clearest picture of this in Scripture is the Law regarding the accidental killing of the unborn in Exodus 21:22-25. Accidentally causing the death of the unborn is punishable with the death penalty. There was a high penalty attached to this infraction because the preservation of human life in the womb deserves higher-level protections.

Moving down the pyramid scale, levels 2-5 can be debated. Priorities can be assigned after careful diagnosis, and a diversity of conviction would be expected. Yet they are all secondary level issues with a lesser degree of importance. How you interpret data and associate a solution will vary according to how you judge.

The protection of life must come first before any other rights can be conferred. Therefore it belongs at the top level of the pyramid. If we don’t assign a level 1 triage category to defending human life, we perpetuate great human rights abuses and systemic injustices against God’s image-bearers.

God cares about many things, but God does not care about all things equally. The sanctity of human life carries the highest moral weight. Let’s let our voting principles reflect the same ethical triage principles that make an ER a safe place. God has given us a stewardship of our voting privilege. We must not be complicit in cooperating with the greatest moral evils of our day. We must instead be quick to recognize and care for the most vulnerable among us.

Bryan Moselle (PhD, University of Pretoria; ThM, MDiv, Biola University) serves as the senior pastor of University Bible Church in Los Angeles, California. He previously served in global missions and disaster relief spanning 11 countries throughout Africa. Prior to entering ministry, Bryan was a Lieutenant in the United States Air Force. The love of his life was born in Kenya and together they are blessed with four children.

‘Why Should I Vote?’