What Paganism Gets Right, and Why It’s Still Nowhere Near Close Enough 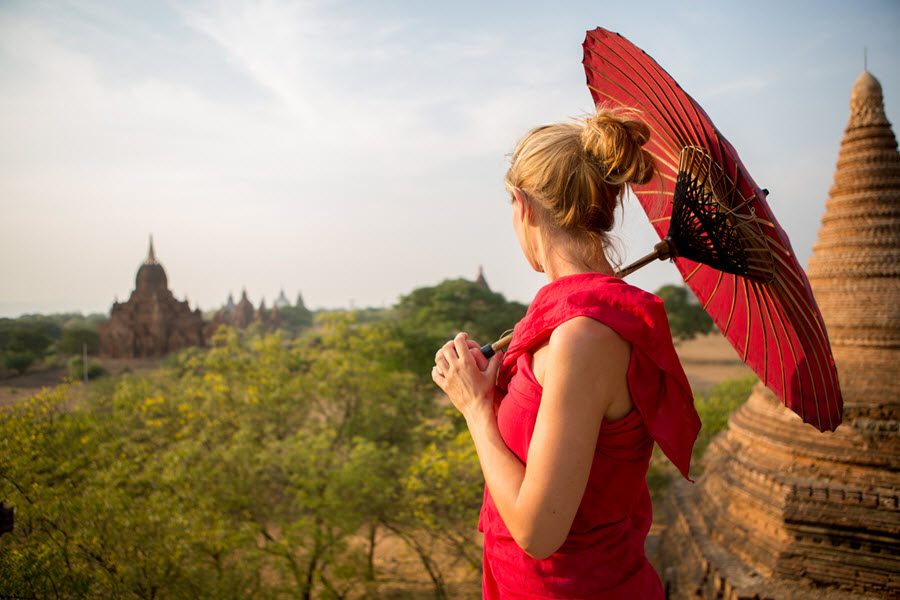 The BBC, in partnership with the Open University, has released a video praising pagan animism. The Druids and “indigenous people” got it; we don’t. Christianity, colonialism, and Enlightenment “reason” have made it hard for most of us to “grasp” the ancient “wisdom,” says Dr. Eleni Dimou, author of this video.

This touches a chord, I’m sure. A 2017 Pew survey shows that more than 40 percent of Americans believe “spiritual energy can be located in physical things” — one way of defining animism.

It’s about connectedness, this video tells us. We’re one with the earth, it says, but we’ve lost that connection. Maybe. In a way. We’ve lost something, that’s for sure. But the video misdiagnoses it. Author Daniel Pinchbeck does better explaining New Age beliefs in a 2012 NY Times Magazine article, where he says, “There’s a growing realization that materialism and the rational, empirical worldview that comes with it has reached its expiration date.”

This “materialism” isn’t the drive to acquire stuff. It’s philosophical materialism, the view that reality consists of nothing but matter and energy, with natural law controlling all. There’s no spiritual reality, according to this view, or, to borrow from a Blackmore’s Night lyric, we live in a “world of stone.”

Except it’s impossible to be human and hold to that cold, empty belief. We know better. We rebel against it. See how Blackmore’s Night treats it in “World of Stone”:

Materialism has struck down the angels and they have fallen, not as Lucifer fell (the lyric has nothing to do with that), but as snowflakes fall and die in a lake. They’re gone. Western philosophical materialism has driven out the spiritual, and for this we have “died a thousand times.”

Pagans Wanting More, But Settling for Too Little

I’m convinced this is where the roots of Western New Age religion lie. With the angels’ “lonely eyes” haunting us, many choose to avenge their deaths by slaying materialism and even rationality, relying on Pachamama and Druid “wisdom” instead.

And honestly, I find it hard to condemn the pagans for wanting something more. It’s just that they’re still settling for so much less than they should be.

Christianity fills all the missing spaces: spirituality, rationality, and connectedness. There really is a God. There really is a spiritual world. And this God — the Logos (the Word, John 1:1) — is also the author of rationality. There’s an interesting ambiguity in Romans 12:1: A life given to God can be either a “spiritual” or as a “reasonable” act of worship. Both meanings exist in the original Greek word, and both apply.

We’re connected to all of creation, too, though not in the pagans’ dehumanizing sense that “all is one,” or the insanely impossible idea that rivers and mountains should have equal rights under the law. That’s just a game with words, meaning nothing except that lawyers and interest groups “representing” rivers and mountains — who are still people, obviously — get special rights under the law.

The biblical idea instead is that humans really are different from volcanoes and oceans and plants and animals — as if we needed a Bible to tell us something so obvious — but that we’re still connected to creation in a relationship the English language once called “husbandry”: responsibility and caretaking, mixed with love and appreciation. And all creation, ourselves included, joins in glorifying the God who created us all.

I appreciate pagans’ desire for more than Western hyper-rational materialism offers. The move from materialism to paganism is, in part, a move in the right direction, for it’s better to look for some spiritual reality than to settle for none at all. It’s better, that is, except it goes only partway to true spiritual reality, and encourages its followers to stay stuck there. Paganism is counterfeit spirituality, and all the more dangerous for sharing slightly in the real thing.

My encouragement to pagans of all stripes, then, from modern-day Druids to Pachamama-followers to earth-worshippers, is to keep on looking. Yes, there’s much more to reality than materialism offers, but there’s much more than paganism offers, too. Only Christianity connects us rightly with our true roots. It isn’t just matter and energy, but it isn’t “the earth,” either. It’s the God of the Bible, revealed above all in Jesus Christ.

The Vapidity of Pop Spirituality