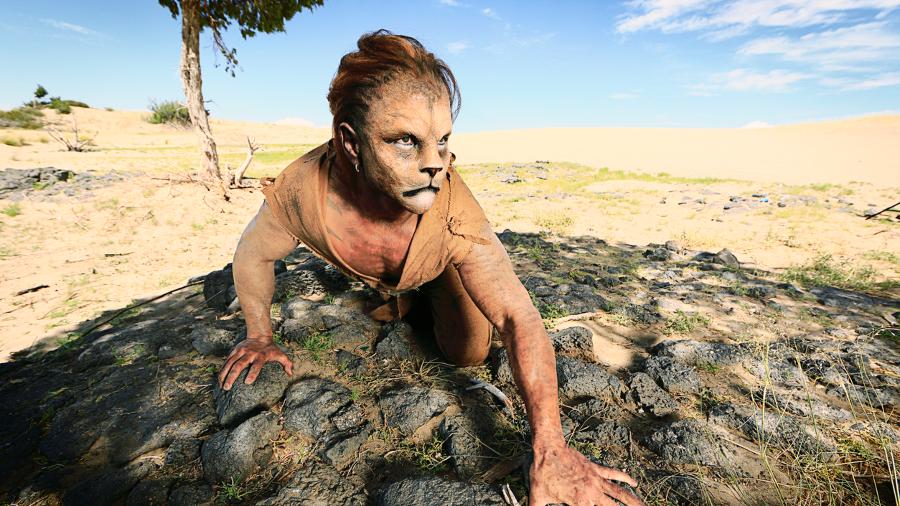 Last week a startling YouTube video went viral. It showed a young British guy who declared that he was now a “non-binary Korean person.” The man had endured 18 surgeries to negate his sexuality and transform his appearance from white British man to ambiguous Korean — complete with eyelid “correction” to make himself look Oriental.

He Was in the Wrong Body

His transformation is reminiscent of the white woman Rachel Dolezal who established herself as an African American woman. With the radical medical treatments available, is transethnic body modification the next big thing? If the underlying belief of the transsexual movement is that it is possible that you are in the wrong body, and through aggressive medical technology you can change your body, why would transethnic therapy be wrong? Indeed, the British man who became Korean claimed just that. He said he was in the wrong body and needed to have it changed so he could be his true self.

With only a little imagination and ingenuity transethnic therapy could be a success. Rachel Dolezal was widely pilloried for her fraudulent attempt to present as a woman of color, but the British-Korean person played the victim card and portrayed himself not only as a victim, but as a courageous pioneer who was brave enough to step out and be his true self. We were meant to applaud.

It’s understandable. Given the present confused and chaotic state of our society, why should people be blamed if they want to change their ethnicity? White folks can get a deep tan. People of color can have their skin bleached. Asians can have eye surgery and why stop there?

At present transspecies medical and genetic therapy is not available, but with our very own Drs. Frankenstein and Mengele, who is to say it is impossible?

Maybe the next step will be transspecies therapy. Allow me to introduce you to the therians. “A therian is basically someone who believes spiritually or mentally that they are an animal,” said Aramond VanRahamdalph, who leads a therian group in Houston. In addition to therians, on the fringe of the sexual playground are humans who role-play as animals. What if their role-play becomes their new identity?

At present transspecies medical and genetic therapy is not available, but with our very own Drs. Frankenstein and Mengele, who is to say it is impossible?

Is transspecies therapy so far-fetched? Only a few years ago we would have considered it bizarre in the extreme to imagine that a man would be given medication to make him grow breasts, then be castrated to appear more like a woman. We would have been horrified to think that a teenage girl would be given puberty blockers, have a double mastectomy and allow surgeons to mutilate her body to fabricate a “penis.” Not satisfied with outward appearances, researchers have devised clever technologies to make the genitals function and are developing uterus transplants so trans-men can become pregnant.

Is it therefore so beyond the realm of possibility that therians will ask for body modifications to make their animal dreams come true?

Dwight Longenecker is the author of Immortal Combat-Confronting the Heart of Darkness. His latest book Beheading Hydra-A Radical Plan for Christians in an Atheistic Age will be published in August. Read his blog, browse his books and be in touch at dwightlongenecker.com.