What Made Homosexuality ‘Good,’ and Why You Must Understand the Answer 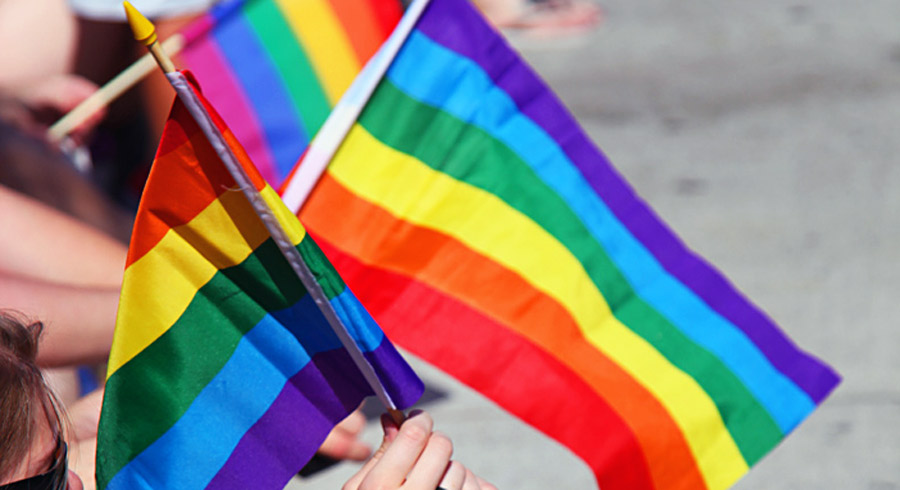 So homosexuality, transgenderism, and gay marriage are all “good” now. Just ask their activists and supporters, they’ll tell you. Want to know how these things became so good all of a sudden, though? Don’t ask them that; they won’t tell you. Here’s what you need to know — and you really do need to know it. Otherwise you’re missing half of what’s going on here. Potentially the more important half.

Let’s start with the wrong answer, since it makes the right one easier to explain. What made this new morality good? The wrong answer is, It’s good because it’s good in itself. Something in the very nature of reality itself makes it right and good for persons to live this way.

That’s wrong in all kinds of ways, some of them quite obvious to many of us. What’s fascinating, though — and what we absolutely must see — is that it’s even wrong from most gay activists’ own point of view. Very few of them would be willing to say there’s anything “in the nature of reality itself” that could make anything at all good or evil. Reality just isn’t that way; it doesn’t have that kind of good-bad thing going for it. The slogan people learn in philosophy class for this is, “You cannot derive an ‘ought’ from an ‘is.'”

I need to explain that further, and I will in just a moment. First though, here’s the real answer, the real reason this new morality is “good” now. It’s just this: Two opposing sides duked it out in the culture wars. Their side won. They hold the power, so now they get to set the rules.

That’s all the explanation you need, because it’s all there is. Indeed it’s the only possible kind of explanation, from the perspective that there is no good, loving, just God who defines what’s right and what’s wrong. If “good”-ness doesn’t come from reality itself, it must come from somewhere else, and there’s no other place that could be, except the pronouncements of the powerful.

A World With No Real Good

But as I said, I need to explain all this. We need to look at it from the activists’ own point of view, and see where it takes us. I’ll begin with where they think we all came from: Evolution, unguided, purposeless, undirected, with chance variation as the engine, natural selection controlling where it goes.

Evolution happened because it happened. There was never any reason behind it. And, unreasoning, it keeps on happening.

The life you see at any moment is but a snapshot; everything is on its way to becoming something else.Populations evolve. One generation differs from the next. Nothing is final, certainly nothing is “best.” What we have now is what works for now.

Winning is what has made their answer the “right” answer. Nothing else but that. Just their victory in the culture wars.

And by “what works,” all evolution means — the only thing it could possibly hinge on — is that organisms survive and reproduce. There’s no good or evil there, only success or failure in surviving and reproducing. Nothing else. You can’t even say if that’s “good,” either, unless you count empty observations like, ”Well, we got more of those organisms, didn’t we?” Rationally, though, that’s not worth calling “good.” It just is.

So if your friendly neighborhood gay activist believes in materialist evolution, she can’t say gay is good because it’s really good. There is no “really good.”

“Good” as a Power Word

Of course people use that word regardless. But we must recall that words like “good” and “bad” have two sets of meanings. They’re not only about something’s being good or bad in itself. They’re also behavior labels we use to shape others actions; to guide people; sometimes to control them. You know, the way we say, “Good dog!” or “BAD dog!!!”

Shaping behavior isn’t necessarily wrong. Parents do it all the time. It carries real dangers, though, because it’s essentially a power move. You can’t use it effectively unless you have the status to make it stick. Indeed, the approval, “This is good,” is a way of saying, “Do this and you’ll gain status with me.”

Christians and other God-believers can say it with quite a different underlying meaning. It isn’t about us, it’s about God. “Do this and God will approve of it.” Used in that way it could still be power move — parents do have power, after all, and rightly so — but we’d better have come by that power legitimately, and we’d better exercise it the same way. For we know we’re accountable to a much higher power, God, who gives the words “good” and “bad” true meanings, meanings that we mess with to our great peril.

What, though, about those who don’t believe in God? They use words like “good” and “bad” to shape behavior, but they do it without regard to any higher standard. You see, they recognize no higher authority, accept no accountability. They fight the cultural battles, and if they win, they win. Which is what they have done, to a great extent. And winning is what has made their answer the “right” answer. Nothing else but that. Just their victory in the culture wars.

And that’s it. Homosexuality, transgenderism, and gay marriage aren’t “right” and “good” because God made them that way. The universe didn’t make them that way, either, and neither did evolution make them that way. They’re “good” because gay activists fought, scrapped, bullied, harassed, insulted, litigated against their opposition, they flooded the media with their views. And eventually by all those strategies they gained themselves the power to declare these things good.

Now, can they say they did a “good” thing when they did that? Sure, in a way. But they can’t say it because it’s actually true. They can only say it because they’ve got themselves seated in a position that gives them social power to declare it so.

But anyone who thinks that power — even social power — is the right method to determine good and bad, should be automatically disqualified based on that error alone. For power without accountability always leads to corruption, and from there it leads to abuse of the less powerful. It is the worst of all possible foundations for setting moral standards. Yet it’s also the only existing foundation, holding up today’s new sexual morality as “good.”

This should strike all of us as dangerous. Chilling, even. I’ve been to several of the major Communist countries of the world: Soviet Russia in 1991, Belarus, China, and Cuba. I’ve only seen North Korea from across the DMZ, but that was close enough. What I learned from these travels is that I don’t want to live anyplace where might makes right.

Power’s corruption will catch up with these currently powerful ones. It always does. Until then, though, we should expect them to do what winners who set their own rules always do: They’ll find ways to abuse the weak, and call it good even as they do it. They’ll bully shopkeepers and call it good. They’ll beat up on Christian schools and call it good.

Keep that in mind next time you hear someone saying it’s “good” to support the gay agenda. All they’re doing — and all they can possibly be doing — is pulling another power maneuver with the word. Other than that, in their world the word doesn’t mean a thing.