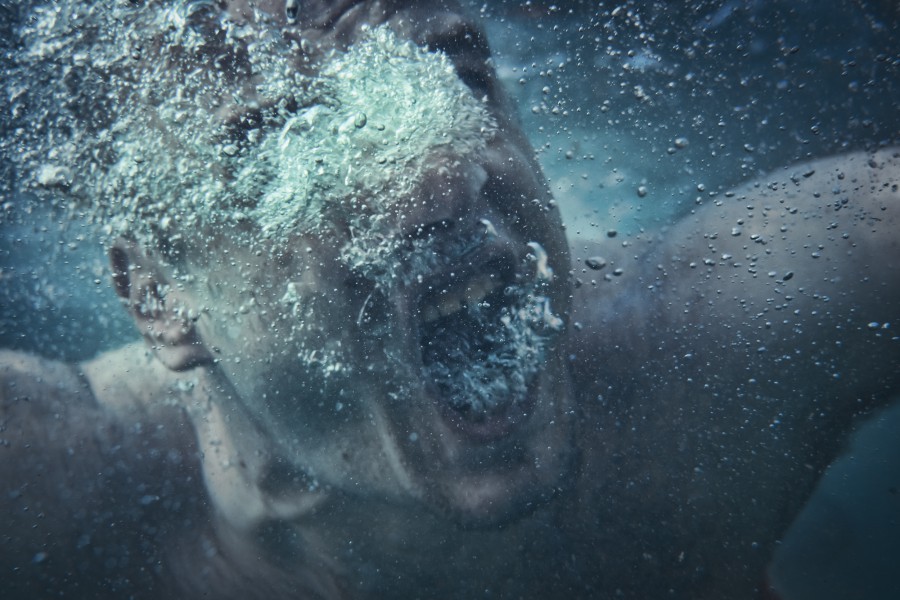 I’ve had this experience a few times and you feel like a target, a prize to be won, an it. The other guy looks like a predator, a shark circling you in the water. And yet. He was walking to his car, wrote a Presbyterian minister named Leon Brown, intending to give someone he met the one tract he had in his pocket and keep walking. The man who took it asked him to explain what it was.

“I felt like he was inconveniencing me,” he wrote. “I did not have time, or so I thought, to explain the law and the gospel to him. If he had just read the card, he would have received all the information he needed.” He explained anyway. The man responded, “This is what I needed.” He later began going to church with Brown.

Had I been the man on the street, I probably wouldn’t have taken it, because strangers giving you a tract in parking lots usually want to talk to you about it and I’d very much like to avoid intimate conversations with strangers in parking lots, thank you very much. I also know that hunter’s gleam in their eyes when they’ve got you in their sights.

And how difficult they can be to get away from. They can hold you tighter than leeches or tarbabies.

I Really Have to Go

Friends just turn around and leave, but I find myself trying to explain that I really have to go, very nice to talk to you, appreciate your concern, go to church myself, you should keep the tract for someone else (they never take it back), well look at the time, gotta go. And still don’t get away.

Had a strange man tried to give me a tract in a parking lot, I would not have asked “What is this?” like Brown’s polite target. I might have said something ruder. If feeling more civil, something like “I don’t know you.”

When Catholics like myself think about evangelizing others, we like to think of what our Evangelical friends call “relationship evangelism.” We think of doing good works and making the church the kind of place that draws people in. We want to build a friendship with others before we present them with the possibility of making a life-changing commitment. You should like people for themselves and not as subjects for the sales pitch.

There’s a big difference between those attitudes, and people can see which you are right off. We need to be the first kind of witness, not the second. People say it’s the easy way out, because you put off telling people about Jesus. It isn’t. You have to begin by loving them (even when you don’t like them) and that’s hard.

But What if We’re Failing?

But: What if we’re failing in charity by insisting on friendship? What if other people find Jesus in other ways. Some people need help right now. You don’t save drowning people only after you’ve spent enough time with them to become friends, because by then they’ll be dead.

The evangelist handing out pamphlets on the way to his truck will annoy me and people like me. Probably most people. But he may see the people he passes better than I do. He may see them merely as targets for this month’s sales report, because, let’s be honest, a lot of people do.

But he may see them as souls in peril, and as men and women in need right now of the mercy of God. As people drowning without Jesus. Some of them will find a tract from a passing stranger just what they need. I wouldn’t do it myself, but God in His wisdom made some people who will. Between us, if we do what He tells us, we can bring drowning people safely to shore.