What If a Right Winger Sexually Ambushed Alexandria Ocasio-Cortez?

Imagine if Steven Crowder did to Alexandria Ocasio-Cortez what Sacha Baron Cohen did to Ron Paul. 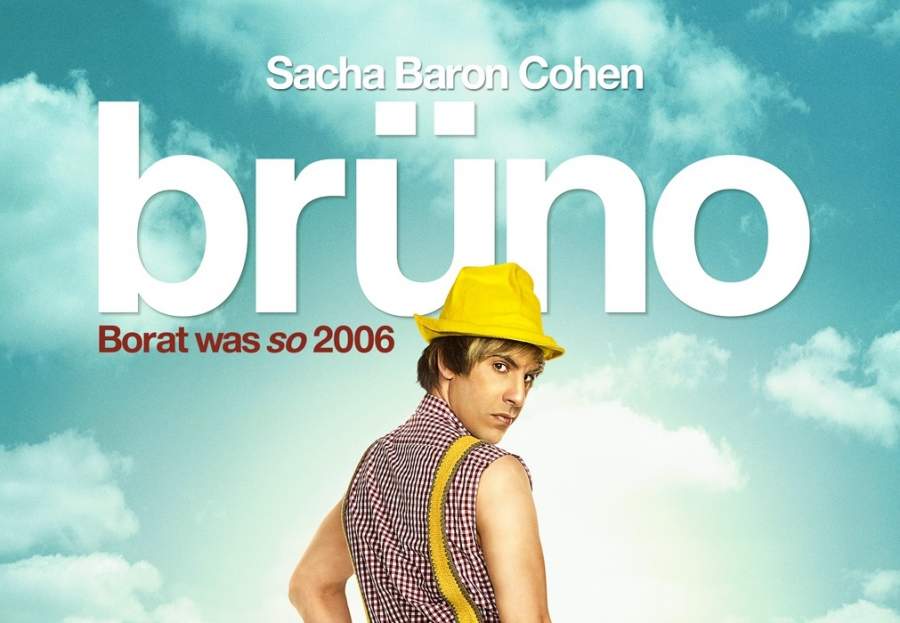 Imagine the following media-politics scandal. A right-wing comedian, or comedic right winger (think of someone like Steven Crowder) arranges a meeting with Alexandria Ocasio-Cortez. He claims that he wants to discuss the Green New Deal. He arranges for them to be alone, except for a camera man, in a hotel suite. After mocking her ideas, he strips off his pants and does an erotic dance as part of an aggressive sexual come-on. She rushes out of the room in fear. The comedian keeps the footage, counts on the waiver she’d foolishly signed beforehand. Then he puts it all in a movie, and conservatives laugh their heads off.

I think we can agree on what would really happen. The comedian would be denounced as a racist, and close to a rapist. The #MeToo movement would explode with outrage. Congressional resolutions would be passed denouncing this “attack,” attracting many GOP votes. The comedian in question would be driven out of show business. Not only would the spineless producers at Fox ban the guy. One America News, BlazeTV, and every other conservative media outlet (such few as there are) would kick him to the curb. The movie he made containing that scene would be denied theatrical release. If the clip made it to Youtube, that channel would promptly remove it, and demonetize its maker. Then probably ban him for life, with no appeal. That comedian would be “unpersoned,” as Orwell had it.

Dozens of hours of mainstream media commentary would dissect this outrage. We’d hear from academics about the “aggressive effort to control Latina bodies.” Planned Parenthood would find a way to raise more cash off this, to abort more Latina babies. And Rep. Ocasio-Cortez would make hay for the next year or two over this “sexual attack” launched by a “privileged white male.”

I wouldn’t stand up for that comedian, either. I’d see such a piece of sexual aggression, intended to humiliate someone physically smaller and weaker, as utterly contemptible. No one outside of the fevered, tiny ranks of white nationalists would defend such a vile stunt. But then, those people have no standards, which is how they ended up in such a movement.

In fact, every serious conservative would denounce such an abusive media stunt. Defending that comedian would discredit any commentator, and rightly so. You wouldn’t just have to wait for sniffy “NeverTrumpers” to wag their fingers about it. Trump’s core supporters would agree. Most of them have sisters or daughters, and sufficient empathy to imagine such a thing happening to them.

Okay, I think that’s established. Now what would you say if I told you that a left-wing comedian had done exactly the same thing to a Republican member of Congress? One did, and I saw it on screen — just before I walked out of the theater.

Up until the movie Bruno I was a fan of British comedian Sacha Baron Cohen. For all his crudeness and political bias, he was undeniably funny. He’d started off in Britain, impartially skewering right and left alike. His “Ali G” character, which depicted a white wannabe quasi-Jamaican rapper, mocked both racists and professional anti-racists. (My favorite skit? When he disrupted a leftist demonstration, then demanded “Is I being arrested cause I is black?” The baffled British bobby just muttered, “No. …”)

His character “Borat” initially taunted feminists as well as everybody else. Cohen presented Borat as a barbarous mixture of Central Asian misogyny and Soviet materialism. In a curious piece of cowardice, Cohen had Borat pretend that his native land, Kazakhstan, wasn’t Muslim. Instead, he said, “We follow the way of the Hawk.” That was to avoid the obvious truth that the misogyny and anti-Semitism Cohen wanted to mock are rampant in Muslim cultures.

Cohen’s worst and least funny character was the flamboyantly gay Austrian fashion reporter “Bruno.” That figure appeared in various settings to flaunt really vile gay stereotypes, in the hope of disgusting people — who then would be outed as “homophobes.” In fact, he was simply crass, and said things so crude that they’d be equally offensive coming from a straight man. In the the 2009 movie Bruno, Cohen decided to humiliate the pro-life Christian congressman Ron Paul (R-Texas). So he set the same kind of trap I imagined above for Rep. Ocasio-Cortez. Once the Congressman’s guard was down, Cohen dropped his pants and did a vulgar erotic dance in front of the elderly Rep. Paul. (NOTE: Extremely vulgar).

Again, I’d like you to imagine some young, athletic male doing the same thing to Rep. Ocasio-Cortez–who probably is better able to defend herself than a 73-year-old man (Paul’s age at the time).

And leftists lapped it up. Gawker’s reaction was likely the worst:

Hah, Ron Paul will be in Bruno. Sacha Baron Cohen lured him to studio with the promise of a serious interview about economics, and instead, obviously, it became a gay panic joke.

“I was expecting an interview on Austrian economics. So, that didn’t turn out that way. But, by the time he started pulling his pants down, I … What in (inaudible) is going on here? I ran out of the room. This interview has ended.”

Now the libertarian hero to whackjobs everywhere is very sad that people make money with this raunchy lying-to-famous-people stuff, but he is even sadder that if this movie makes Sacha Baron Cohen any money he will have to pay taxes on it. 🙁

A flamboyant gay fashion reporter is probably the least embarrassing person Ron Paul’s been associated with over the last year or so but try telling that to the 73-year-old Texas Representative. Sorry he didn’t get you a blimp, Ron!

So I scanned reviews by MSM commentators. None of them objected to the stunt, though many acknowledged the obvious fact that the movie is tasteless. Even the usually sane Roger Ebert praised it. Since I walked out some 20 minutes in, I guess I missed even worse stuff.

At this point you might be rolling your eyes. Chivalry is all fine and dandy when it comes to women, but can we really apply it to men? How about to old, frail men, being sexually ambushed by large, young, athletic strangers alone in a hotel room? What leftist commentators dismissed as “gay panic” on Ron Paul’s part … are we sure it wasn’t genuine fear of assault?

What are the chances that if the roles were switched, and Rep. Ocasio-Cortez fled such a scene in a panic, that liberals would be joking that she’s a prude, engaged in “sex panic”? They are zero, and that’s a good thing. What’s not good is the relentless double standard of the left. Any white male, or conservative or Christian of any color, teenage or elderly, is fair game for almost anything short of actual violence.

Chivalry is all fine and dandy when it comes to women, but can we really apply it to men? How about to old, frail men, being sexually ambushed by large, young, athletic strangers alone in a hotel room? What leftist commentators dismissed as “gay panic” on Ron Paul’s part … are we sure it wasn’t genuine fear of assault?

And some in the Antifa wing of the left don’t even stop there. They encourage people to “punch” anyone they consider a “Nazi,” a term for which their definition is very broad. Remember Reza Aslan, the CNN commentator and college professor who opined on Twitter about 16-year-old prolifer Nick Sandmann as follows:

Honest question. Have you ever seen a more punchable face than this kid’s? pic.twitter.com/jolQ7BZQPD

Just because Nick was wearing a MAGA hat.

This is what we’re dealing with, people. Time to gird your loins.