What if the Las Vegas Shooter Was a Psychopath? 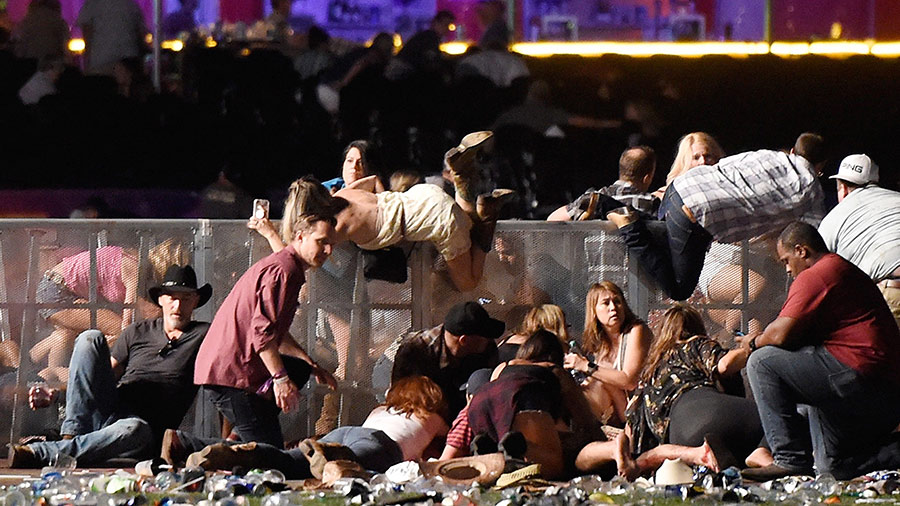 Obviously the reports on the apparent mass murderer Stephen Paddock are preliminary. So we shouldn’t jump to conclusions about his possible links to terrorist groups, or supposed political views. But facts safely established give us plenty to think and pray about.

The father of Las Vegas madman Stephen Paddock was a “psychopath” himself — a bank robber who escaped federal prison in the late 1960s and landed on the FBI’s most-wanted list, according to reports.

Paddock’s dad was serial felon Benjamin Hoskins Paddock, according to the Daily Mail and a tweet from NBC.

Benjamin Paddock had been locked up in 1960 for robbing an Arizona bank, escaped in 1968 and spent nearly three years on the run before the FBI caught up to him in Las Vegas in 1971, at which point he tried to run down an agent with his car, according to archival editions of the Tuscon Daily Citizen.

“Since he has utilized firearms in previous crimes, has employed violence in attempting to evade arrest and has been diagnosed as being psychopathic, [Benjamin] Paddock should be considered extremely dangerous,” Palmer M. Baken Jr., agent in charge of the Phoenix FBI office, said at the time, according to the Citizen.

Reading these facts rang a little bell in my head. I’ve known a few people over the course of my life whom I came to strongly suspect were psychopaths. And one of them, wouldn’t you know it, was also the son of a bank robber.

We don’t know much more about Stephen Paddock, so we should spend our time praying for his victims — and learning what we can from his hideous act of evil. But it seems likely from his vicious attack and his family background that he will turn out to have been a psychopath like his father.

What Is a Psychopath?

It’s worth warning readers about psychopaths, the damage they do, and how to protect ourselves. Because for every psychopath who shoots up dozens of people, there are hundreds of others out there abusing their spouses, cheating their clients, or otherwise playing the predator.

Scientists disagree about the degree to which the character flaws that we associate with psychopaths are inherited. But genetics play a factor. The children of psychopaths have a higher risk of turning out that way themselves. Even those raised by other, psychically normal adoptive parents. Still we haven’t found a “gene” or set of genes that correlate with selfish, unfeeling, antisocial behaviors.

But they do run in families, according to neuroscientist James Fallon. He should know. Fallon was studying brain scans of diagnosed psychopaths. He threw in a few from his family as normal “controls” for comparison. Fallon was shocked to discover that his own brain scan revealed him as a psychopath. He was married, with kids, successful — had even been voted “Catholic Man of the Year” in his local church.

But when he raised the issue with his wife, his kids, his friends, they all said, “Of course.” They explained that his cold, callous, systematically selfish behaviors had made them miserable for decades. So he dug into his family history to find among his ancestors a number of violent criminals. Do read Fallon’s searingly honest, fascinating book The Psychopath Inside. In it, he explains how over the years he has stayed on the right side of the law and kept up a career: by following the moral codes pounded into him as a child, by rote, since he couldn’t “feel” why they were important.

They See Us as Prey

So psychopaths have free will. They just feel unmotivated to use it. I don’t know if God cuts extra slack on judgment day to people who grow up with this disorder.

But the criminal justice system can’t, and neither should you. They will only exploit it. As psychologist Robert Hare wrote in his ground-breaking study of psychopaths, Without Conscience, psychopathic criminals show special skills at faking repentance. They “find Jesus,” “get sober,” “recover,” or otherwise discover the error of their ways just in time to impress parole boards. So they often get out of jail, free.

Psychopaths aren’t “insane” in the legal sense of the word. They’re mentally competent to make moral choices. They can learn the difference between right and wrong, as parents, teachers, and society all see it. They don’t hear voices, see visions, get blown away by manic “highs” or sink into troughs of depression. In fact, based on the extensive reading I’ve done on the subject, they’re pretty happy-go-lucky. They live for the moment, go for the gusto, and at the end of their lives each one can truthfully say, “I did it my way.”

They’re also monsters. They live only for themselves — and that only in the short term, most of the time. They’re bad at delaying gratification, so their schemes are often transparent and self-defeating. They are radically selfish and callous, even toward their spouses and children. Psychologists agree that they lack the most fundamental social characteristic: empathy. In other words, when they see someone else suffering, they simply do not experience the same natural compassion that the rest of us do, and even try to cultivate. They don’t see the point of it. So in an active sense, they lack what we usually call a “conscience.” Certainly their consciences never bother them, though sometimes they seem to regret a miscalculation or tactical error.

Psychopaths live for the moment, go for the gusto, and each one can truthfully say, “I did it my way.”

Thousands of pages have been penned by puzzled psychologists, trying to understand, if not explain, why a segment of society seems bereft of a crucial human attribute. No consensus yet exists. We do know a lot about their internal lives, from extensive interviews — often conducted in prison, after they stole hundreds of retirees’ life savings, for instance, or ended a murder spree.

We know that they have flat emotional lives, mostly centered on satisfying their immediate impulses, and avenging themselves on those who get in their way. The abiding note in their assessment of other (normal) people? Puzzlement and scorn. We seem to them like suckers. You’d almost think from reading these interviews that psychopaths were some alien species that co-evolved alongside human beings as predators. You know, like vampires.

It’s worth warning readers about psychopaths, the damage they do, and how to protect ourselves. Because for every psychopath who shoots up dozens of people, there are hundreds of others out there abusing their spouses, cheating their clients, or otherwise playing the predator.

Four People in a Hundred

Oh yeah, and according to Harvard psychiatrist and author on the subject Martha Stout (The Sociopath Next Door), they’re about 4 percent of the population. So you probably know some. In fact, you have likely suffered at their hands. Remember, they’re really good at faking admirable qualities — such as religious devotion. And they sniff out “circles of trust,” such as religious organizations. Wolves love the smell of lambs. Pastors who bilk congregations, or molest children, or otherwise misinterpret Jesus’ command as “Eat my sheep” doubtless include a high percentage of psychopaths. One of my main fears about the “Benedict Option” is that it will draw psychopaths to enter the small, trusting communities believers try to build.

Brain imaging studies have given us a glimpse of the mechanics under the hood. When researchers show non-psychopaths pictures of animals or children in pain, the parts of the brain that “light up” are those linked to emotions. We feel bad when we see evil. Psychopaths, however, have very different reactions. The parts of their brains that light up are the same ones they’d use while playing chess. In other words, they’re apparently strategizing. Looking for opportunities for power or for profit. Or perhaps just trying to figure out what response the researcher expects from them, so they can fake it.

Each one of the likely psychopaths I knew was able to talk a very good game in religious terms. They even feigned powerful conversion experiences and gave signs of piety. That, and the fear of being a “judgmental” Pharisee, led me to cut them enormous slack over the years. I even sometimes enabled their destructive, selfish behavior. (Read my rueful account of that from a few years’ back.)

Facing the damage I’d suffered and in some ways allowed, I learned to be watchful. To trust my gut. To go ahead and be “judgmental” of transparently wicked behavior. Loving the sinner does not entail excusing or covering up the sin. We must indeed be as wise as serpents, to guard ourselves and our loved ones from the false shepherds and wolves who walk among us. They mostly aren’t mass shooters, but in their small ways they are indeed weapons of mass destruction.