What H.R.1 Would Do and Why It Is Even Possible 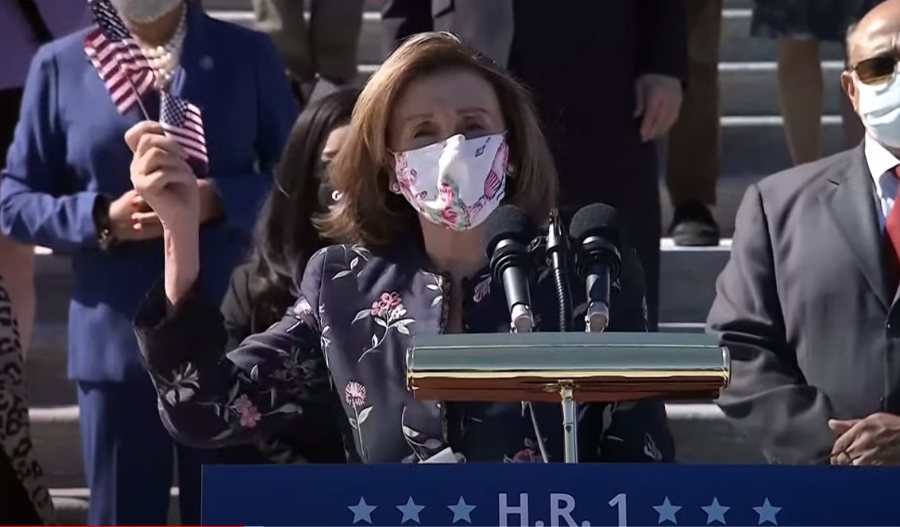 By Tamzin Rosenwasser Published on March 4, 2021 •

H.R. 1 is the first bill proposed by the newly installed Majority to disenfranchise all who would oppose their radical programs, so that they can retain power forever, no matter how many ordinary Americans are destroyed.

Made Possible by the 17th Amendment

Euphemistically titled the “For the People Act” — H.R. 1 would not be a threat, nor would it even be conceivable that it would be proposed, were it not for the 17th Amendment. The 17th Amendment should never have been passed. The 17th Amendment destabilized these United States, which is why Democrats love it, and it was deceptively promoted by “progressives.” To his credit, Sen. Ben Sasse (R-Neb.) has called for it to be revoked.

H.R. 1 would allow people to vote with no voter ID or verification. H.R. 1 would restrict states from using the U.S. Postal Service’s national change-of-address system to verify the addresses of registered voters, and erase the power of states to remove registrants from voter rolls due to a failure to vote, no matter how much time has passed.

H.R. 1 mandates early voting, same-day registration, and no-reason absentee voting, among many other monstrosities in the nearly 800 pages. It would federalize elections, taking them out of the control of the states, and putting nationwide elections in the control of the people in Washington.

Diluting the Power of the States

The Supreme Court should take note of this analysis in striking down H.R. 1, should it, God forbid, be enacted.

At the Constitutional Convention, the sovereign States came together in the Convention in order to form the Federal government, as their agent, to carry out certain functions, as per the Enumerated Powers. Senators were sent to Washington to uphold, defend, represent, and guard the retained rights, jurisdiction and interests of the individual states.

H.R. 1 relies on Article 1 Section 4, Clause 1, which reads; “The Times, Places and Manner of holding Elections for Senators and Representatives, shall be prescribed in each State by the Legislature thereof; but the Congress may at any time by Law make or alter such Regulations, except as to the Place of Choosing Senators.”

Article 1, Section 4, Clause 1 makes sense within the context of the original Constitution, but it makes no sense with the 17th Amendment. The two clauses are now diametrically opposed. The Constitution should not have been so bastardized.

The Intention of the Founders

The 17th Amendment fundamentally changed these United States. Has the Supreme Court been totally intimidated, except for Justices Clarence Thomas, Samuel Alito, and maybe Neil Gorsuch? The Supreme Court should take note of the analysis above in striking down H.R. 1, should it, God forbid, be enacted; otherwise, there should be State nullification by disobedience to H.R. 1.

We may need “Sanctuary States” where the Constitution is followed as intended by the Founders.

Dr. Tamzin Rosenwasser earned her MD from Washington University in St. Louis after putting herself through medical school. She is board certified in Internal Medicine and also Dermatology, and has practiced Emergency Medicine as well. Dr. Rosenwasser has written numerous articles and opinion editorials, and has been a guest on many media broadcast shows. She is currently writing a book on medical practice. She currently serves as Treasurer of the Association of the American Physicians and Surgeons.