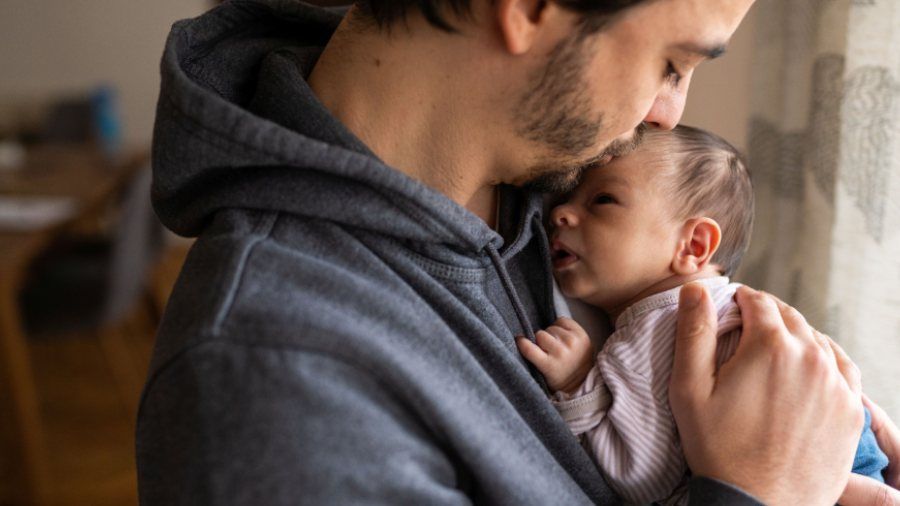 All of us here in the Dallas area are reeling in shock at the horrible school shooting that injured three students. Some staff at The Stream have children in nearby schools, so this touches us close to home. We pray for the victims and their families, and pray that after a fair trial, the shooter is justly punished, then repents. If indeed the shooter was the victim of systematic bullying by other young men, we hope that authorities fully investigate and hold other culprits accountable. When confronted with radical evil that erupts in chaos, we’re called to remember the sources of goodness, order, and peace.

You notice what old-fashioned, archaic language I’m using? I haven’t mentioned “epidemics” or “plagues” or “gun violence” once. That’s because I don’t work for a gun control pressure group or Woke-corrupted church. Those organizations are already hitting the “print” button on prefabricated press releases calling for new legal infringements on Americans’ basic rights, in quest of a public health dictatorship.

They Only Want Guns for Michael Bloomberg’s Security Detail

Organizations that count justified police shootings, cases of self-defense, suicides and terrorist attacks all smooshed in together as “gun violence deaths” don’t pay close attention to detail. For instance, whether a shooter got his gun illegally (as most do). When someone underage or otherwise legally ineligible to own a gun gets hold of one, multiplying more laws he’d be perfectly willing to break would accomplish nothing.

Such partisans don’t care why or how people are shot, since their only concern is to disarm honest everyday citizens, leaving guns in the hands of the FBI, rich elitists’ private security guards, beleaguered local cops, and scofflaw criminals. Above all, they want to undo what our founders considered the last backstop against tyranny — if you believe what they said when debating the Bill of Rights — an armed citizenry. They want us disarmed and docile, subject like Australians to rubber-bullet turkey shoots by unhinged police sent to silence peaceful protestors. Or to arbitrary search and arrest, like Venezuelans.

Who commits violence? The answer is mostly simple: “young men and boys.” The half of the population that does the real fighting in wars (and should), that picks up heavy things, puts up and brings down buildings, lays pipe, puts out fires, wrestles suspects to the ground, digs deep holes, brands and wrangles cattle … they’re also the ones who kill and maim, mostly. That’s how God made our species, and if that fact offends you then you’re a fool. Stop reading now, and go talk to a house plant.

The mass shooting in Texas we’re all mourning appears to have started with a fight between boys. The video below is purported, on social media, to record the actual incident.

My first reaction watching that was, “I’m sure those boys both have fathers who will discipline them appropriately.” Then I laughed bitterly into my coffee.

It turned out I was wrong. The boy who brought the gun to school was apparently from an intact family, but the victim of systematic bullying by other (likely fatherless) boys. His family says he brought the gun in a misguided effort at self-defense. Seeing the beating he apparently took in the video from an out-of-control young attacker, I’m saddened but not surprised. How can we run government schools full of young men who lack paternal discipline and expect any better outcomes?

Only Fathers Can Fix This

What controls, channels, and disciplines the violence of boys? The threat of violence from their fathers. Period. Nothing else worked for a bookish nerd like me, or has historically proven to work on a mass scale with anyone. (Though conscripting teen boys into armies can point their violence at civilians, as warlords worldwide know.) Police can’t manage whole cities full of out-of-control male violence. When they try, we see what happens: lots of young men getting shot, then Communist-led riots burning those cities down.

At the age when a boy gets too big to be physically frightened of his mother, she loses a certain control over him. Without the role model and paternal love a father provides, boys seek out violent mentors on the streets. They impregnate then abandon their girlfriends who are left to raise their kids on the government’s dime, fatherless, repeating the dismal cycle. That’s how we fill our prisons and our public assistance rolls, which suits the Democrats fine.

Where to Break the Cycle? In the Bedroom (or Back of the Car)

The place where it seems at least conceivable to interrupt this vicious cycle comes in the teenage years. Young male sexuality is a force just sufficiently powerful that it can tame and control our violence. But only if society uses it that way. We must reverse the central elements in the Sexual Revolution — a reckless, Utopian, narcissistic project which pretended we could disconnect all our most basic drives from morality, God, family, and love, with no real consequences.

What made that seem briefly possible was the invention of modern birth control. That technology, however, made promises it can’t keep. Just as airbags haven’t eliminated all highway deaths, birth control doesn’t prevent all unintended births. Not by a long shot. In fact, it seems to increase sexual activity among those unsuited to marriage (too young, unemployed, total strangers) more than it decreases fertility. It’s as if when we invented airbags we’d also legalized drunk driving, and torn up all laws requiring driver’s ed and drivers licenses. Deaths overall would have spiked, not declined. And that’s why we have almost a million abortions every year. It’s the backup plan that makes promiscuity possible and socially acceptable, even fashionable.

Cut Out the Release Valve

So that’s what we need to attack. We go after one source of violence, and thereby address another. Make no mistake: the reason the cultural left is so obsessed with abortion is this. It’s the only institution that makes the Sexual Revolution possible, the release valve that vents the pressure.

Remove abortion, what would happen? Briefly, for a few years, we’d indeed see an increase in illegitimate births. There’s a lag time before changed realities reorient behavior. We could address that by gradually cutting the welfare programs that support illegitimate children. Yes, you read that right. Cut them. Undo the entire structure of Great Society entitlements that subsidize illegitimacy, after you’ve outlawed abortion. This is pretty much the opposite of what some hapless liberal pro-lifers recommend, when they say that society must “welcome and support” as many fatherless kids as happen to come.

Fatherless children are a key part of the problem we’re trying to fix. It’s just that, unlike liberals, we don’t want to kill them in the womb. We want to shift their conception and birth from before until after marriage. You know, the way things used to work through most human societies before 1960.

We Must Rebuild Old Incentives

Let churches and other private charities take up the slack. They can deliver cash and care packages to what girls still get pregnant and cannot support themselves — along with moral lectures, uplift, and powerful pressure to cut it out. A few years of tough love like this, and girls themselves will reinforce old-fashioned notions of chastity and “reputation,” as getting pregnant outside of wedlock becomes a great way of ruining your life. (Instead of simply fixing it at a low, miserable level, for multiple generations, as our current arrangements do.)

Along with these programs addressing the problems of girls, we’d need to do something for boys. The single best thing we could do would be to cut immigration to almost zero. Certainly eliminate all low-skill immigration to America. That and that alone would restore the demand for unskilled labor, of the kind that a lot of young men who don’t finish high school are suited to do. If we want them getting married and raising their sons, we can’t keep filling every potential job they could get with foreigners, whose ancestors contributed nothing to our country.

And that’s my program for reducing “gun violence” in America. And vastly improving the lives of the poor, by restoring to them the single most crucial institution which broke, uneducated people (like my grandparents and parents) need to succeed: the human family. That’s a technology that works.