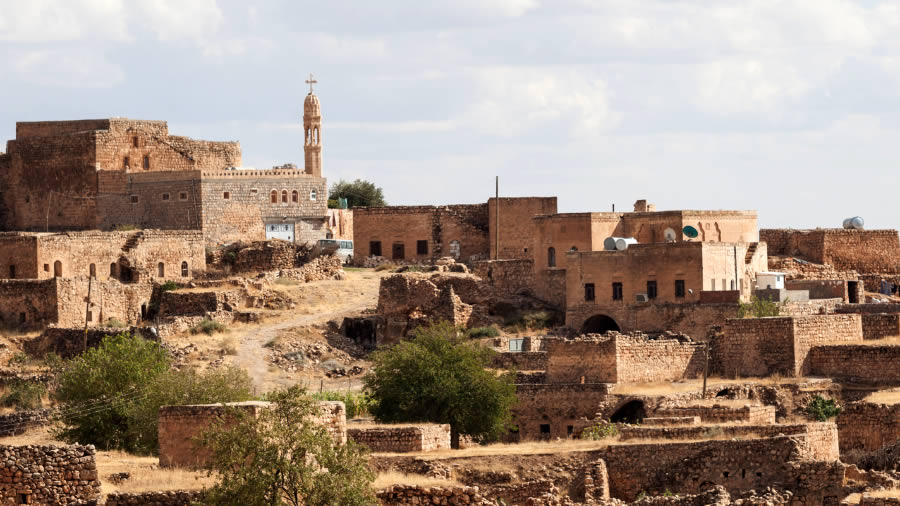 If you ever wonder why God sent two whole prophets to prophesy about Nineveh capitol of Assyria, you can ask an Assyrian.

God sent Jonah to Nineveh. The city repented, but it went back to being evil fairly soon after Jonah preached. Then God sent Nahum to prophesy the destruction of Nineveh. If God had done the same for every city before its destruction the Bible would be too big to carry. Why did God send two prophets for a city he knew he would destroy anyway? A city so cruel Jonah had to tell them to repent of their wicked ways and violence, as if it wouldn’t have occurred to them that violence was wicked? So cruel that Nahum said the world would rejoice to hear it was destroyed?

You really can ask an Assyrian.

No, I don’t mean a Syrian or a long-dead Assyrian. The Assyrian people live in scattered communities throughout the Middle East to this day. Genetic studies, history, and linguistics have completely convinced almost all scholars that the modern Assyrians are the same as the biblical Assyrians. Today’s Assyrians, for their part, had already been saying so. Nineveh was destroyed, but Assyrians were not.

So why did God send two prophets to Nineveh? You don’t have to ask. We already know God cares for each lost sheep. So maybe God sent Jonah to rescue the Assyrians who died repentant before their city backslid. But if you can ask a modern Assyrian, he may tell you this:

After Jesus’ disciples received the Great Commission, the Assyrians were one of the first ethnic groups to convert to Christianity. And they have remained Christians to this day.

Maybe Jonah’s success wasn’t short-lived after all. And maybe Nahum not only prophesied punishment for Assyria but also prepared Assyria for a lesson. He was foretelling Nineveh’s destruction for its wickedness, so Assyrians would know Nineveh fell because the God of Israel was punishing them for it, as Jonah had warned before. After Jonah and Nahum’s prophecies came true, how could the Assyrians ignore the power and justice of God? Perhaps they longed for God’s mercy that Jonah had offered, which they had lost.

But they had not lost it forever. They must have been so glad when the disciples told them how Christ had taken their sins forever! When they heard the gospel of mercy and salvation, they quickly turned from wickedness and lived in righteousness by God’s grace. And this time, they did not backslide. Though they were ruled by Zoroastrians and by the Muslims who converted most of their neighbors, they remained Christians, even when they were persecuted for it with the same violence their ancestors had committed against Israel. Perhaps God’s work through Jonah and Nahum had prepared the Assyrians for the gospel.

The Grace They Couldn’t Deserve

Assyrians today take pride in their historical place in the Bible. It seems like a strange history to be proud of. And I’m sure it isn’t because of their ancestors’ violent wickedness. They aren’t proud of the way their ancestors treated Israel. They stand out in the Middle East for their strong support of Israel and the Jewish people. More likely their pride is in God’s great mercy. “But far be it from me to glory except in the cross of our Lord Jesus Christ” (Galatians 6:14, RSV).

Whenever their strength or reputation or anything has been less than boast-worthy, they did not turn to a religion that promised to give them the power and glory they deserved. They hadn’t come to Christ for what they deserved, but for the grace they couldn’t deserve.

Do not be surprised that two prophets could have such lasting effect. “For as the rain and the snow come down from heaven, and return not thither but water the earth, making it bring forth and sprout, giving seed to the sower and bread to the eater, so shall my word be that goes forth from my mouth; it shall not return to me empty, but it shall accomplish that which I purpose, and prosper in the thing for which I sent it.” (Isaiah 55:10-11, RSV)

The words of God through Jonah and Nahum, and the Word of God, Jesus Christ, did not return to Him empty, but accomplished God’s purpose, and prospered in the thing for which he sent it, even for people of Assyria. Praise God forever.

Dante Hosseini is a graduate of the University of North Texas and a freelance writer living in Texas.