We’ve Never Been This Way Before: RT Kendall on God’s Judgment of America and What Christians Can Do 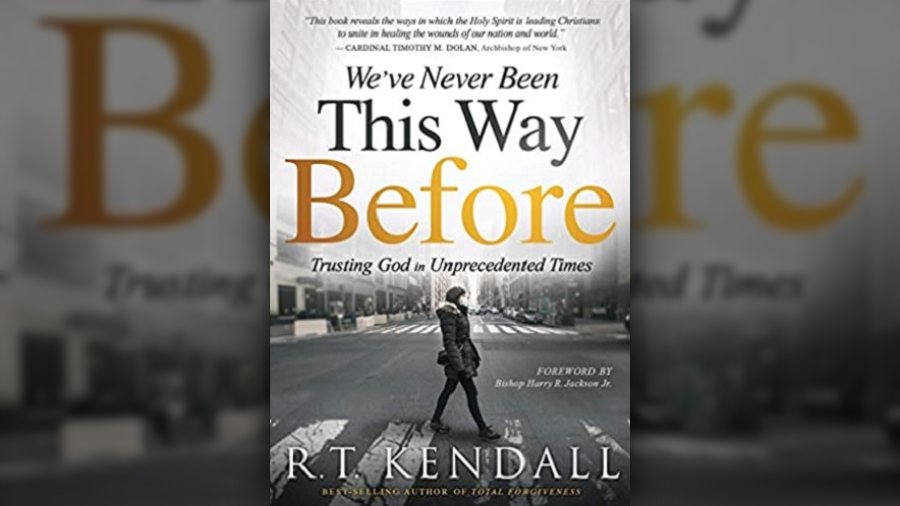 “We are under judgment and it’s the judgment of God. He’s angry,” R.T. Kendall told The Stream. “God is fed up.”

Kendall holds a doctorate of philosophy from Oxford University, he’s a former minister, having served 25 years in London, and he’s written a number of books about Christianity. His newest book, We’ve Never Been This Way Before: Trusting God in Unprecedented Times, addresses the coronavirus and the civil unrest that is tearing our country apart. Kendall took his book title from Joshua’s instructions to the Israelites to keep their eyes on the Ark of the Covenant when entering the Promised Land, because they’d never been that way before. Kendall believes America is under God’s judgment because of the sin we’ve counted as good.

Kendall says four specific sins have kindled God’s anger: racism, abortion, same-sex marriage and theological liberalism in the pulpit. While this may be self-explanatory for many Christians, others disagree. Some think that the devil brought about COVID-19 and the violence in the streets. They don’t believe God would do anything like that. “People with a theology of one inch deep will say Satan did it, as if he had that much power, or they’ll say, ‘God would never do this,’” he explained. “People like this don’t know their Bibles. God has made it very clear he does this.”

Kendall writes about God’s  chastenings and judgments. He believes we are under “gracious judgment” that will culminate in another Great Awakening. “Believe me, that’s the only thing that’s going to save America.” Now, there’s no fear of God in America, “not even in the church,” says Kendall. “God is trying to get our attention. That’s why I call it ‘gracious judgment.’”

Do We Really Believe?

The coronavirus and the civil unrest make for a “severe test” to see whether we really believe the Bible, and whether we really believe the God of the Bible. Many nominal Christians, says Kendall, “are just crumbling and fear has taken over. The nation is filled with fear.” He adds that we must keep our eyes on Jesus. God knows where we’ve been and where we’re going, even though we’ve never been this way before.

What Can Christians Do?

The Christian response should be primarily prayer, says Kendall. He references II Chronicles 7:14: “If my people, who are called by my name, will humble themselves and pray and seek my face and turn from their wicked ways, then I will hear from heaven, and I will forgive their sin and will heal their land.” First, Christians must humble themselves and pray. “That’s what Christians must do: cry out to God like they never have before.” Second, “Be a soul winner yourself. The pulpit’s not doing it. And I think Christians need to know how to lead another person to Christ.”

Still, Kendall sees hope for America’s future. “God loves us, He has not forgotten us. He’s trying to get our attention.” Romans 8:28, “All things work together for good,” should encourage everyone to believe that “the same God Who has led us in the past is going to lead us from now on.”