Western Civilization Died by Euthanasia in Belgium This Year. In Lieu of Flowers, Please Send Prayers 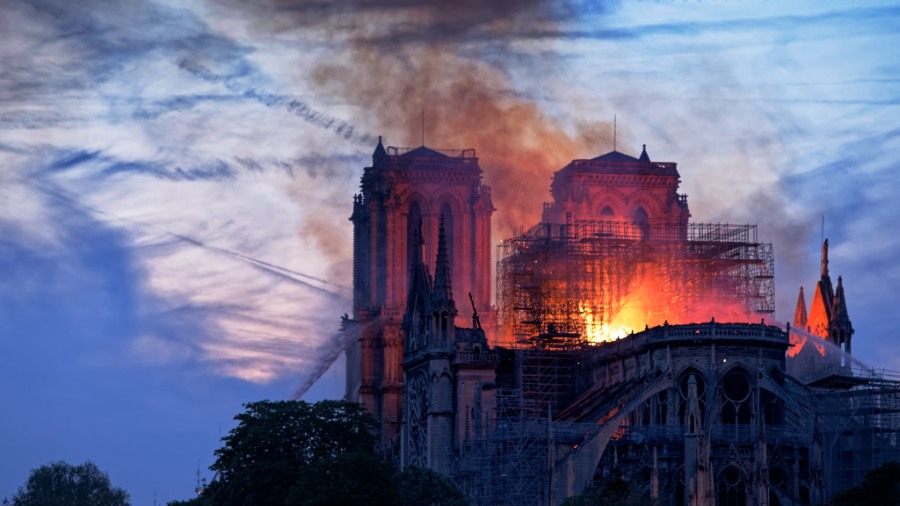 Believe it or not, I try to keep a cool head about things when I’m writing. But the story I have to tell today fills me with rage, with the kind of indignation rarely fitting to a Christian. Rarely, not never.

If men have a function beyond being merely sperm donors for our species, it is to protect the weak. If governments have any purpose under God, it’s to guarantee justice and guard the most vulnerable. If a civilization offers more than cultural trinkets and high-minded slogans, then it must affirm enduring truths that guide its laws, mores, and institutions, which distinguish it from rival civilizations. But the men, the states, and the civilization of the West have ceased to perform these functions. They are either sleeping or dead.

Why do I conclude that? I can think of no other answer as to how the following atrocity happened. It’s not an outlier, a freak incident, or a case that “fell through the cracks” of an otherwise functioning system. Instead it’s a monstrosity that doesn’t really surprise us, a instance of current trends simply reaching their logical endpoint. It’s the front car of the train that we’re all riding, plunging into the sea.

We Only Execute the Innocent

I will quote at length from a news report at the invaluable, heavily canceled venue Lifesitenews, which all of you should be following. (Sign up for its newsletter.)

Earlier this year, a young Belgian woman who survived the Islamic terrorist attack against the Brussels airport in March 2016 was euthanized in presence of her family and loved ones because she felt unable to overcome the trauma she had gone through.

Shanti De Corte, 23, was legally killed because of the psychiatric problems she had battled for six years.

Shanti survived the bombs of the terrorists, but the euthanasia law of Belgium was to be fatal to her.

Her ordeal began March 22, 2016. Together with about 100 students and accompanying staff from her Catholic high school in Kontich, Flanders, the 17-year-old was waiting at a registration desk in Zaventem Airport, eager for the school’s long-awaited graduating class trip to Rome, when she heard a bang. She and her friends thought an object must have fallen, but a second, much-louder explosion followed together with a flash of fire.

That is all she remembered, but she would learn that two men had blown themselves up in order to cause as much death and bloodshed as possible – one of them only a few dozen meters away from where her group was standing.

Sixteen innocent victims were killed at Zaventem, followed by 16 more when a second attack took place one hour later in a metro station in central Brussels; in total, over 300 people were wounded. Shanti escaped unharmed – physically.

[T]he memory of the bombing was more difficult for some to handle. Shanti herself suffered from insomnia, nightmares and recurring panic attacks. Fireworks, balloons bursting at birthday parties and sirens would trigger irrational fear, screaming and even fainting. Gradually, the teenager started isolating herself from the outside world. She avoided crowds and public transport, arriving at a point where she only felt safe in her own room. “I will never feel safe again,” she wrote on her Facebook page.

[O]ne year after the attack, believing that joining a memorial service at the airport would help her come to terms with her problems, she found she could not face her ongoing suffering. “I had hoped for a miracle and the miracle didn’t come,” she said.

Shanti finally obtained “help” from the Belgian society LEIF for the “right to die with dignity.” She approached the activist group in early 2022 and with its assistance presented a euthanasia request. Two psychiatrists, who have not been identified by the press, granted permission, and the young woman was also able to convince her family that she had no other option.

In an interview last Friday with a Belgian news source, her mother explained that she “had no choice” because if she had resisted Shanti’s death wish she would have “lost contact.” She also hoped to help her daughter change her mind.

The family traveled to Rome together to honor the girl’s “last wish;” her mother is “grateful for the extra time” they had together: “Also, we were able to say goodbye.”

There were 2,700 legal euthanasia acts in Belgium last year (out of 112,291 total deaths), which is nearly 2.5 percent. Of those, 430 were not expected to die soon. Almost 1 percent of euthanasia deaths exclusively involved mental suffering.

They Wouldn’t Have Executed the Terrorists

How many failures can we count in this moral horror story? First, the Belgian government failed to protect that country’s citizens from jihadi Muslims, who have no place in that country. Indeed, that country’s justice system doesn’t even have the death penalty, so if the jihadi killers had survived the attack, they couldn’t have been executed. Belgium reserves that penalty for the innocent, such as Shanti De Corte. It saves its compassion for bigoted immigrants who wish to destroy its civilization.

I wrote here several years ago on how opposition to capital punishment is in fact part of the Culture of Death. Refusing to kill the guilty almost always goes hand in hand with the willingness to kill the innocent. Think of the politicians who oppose capital punishment in America. How many oppose abortion and euthanasia? Practically none. That’s not a bug but a feature. As I observed here, speaking of Pope John Paul II’s stance on these issues:

There are pro-lifers who think that rejecting capital punishment will show the depth of their commitment to human life as an absolute and unconditional good. … That tactic reminds me of arguments I had with pro-choicers back in college, who’d cite my support for capital punishment to prove that my views were inconsistent.

Fallen man is a killer, make no mistake about that. He’s going to kill someone. The modern Utilitarian wearing a post-Christian happy face prefers that it be the innocent, the handicapped, the unhappy.

Life as a Snuff Farce

Let me repeat here the twisted logic that produces such godless, inhuman outcomes:

The modern secularist views life not as a drama but as a farce — a snuff farce, where the whole cast dies at the end. Think of wildly popular comedies in recent years, such as Seinfeld, Curb Your Enthusiasm and Louie. What makes them so darkly funny is the fact that all the characters’ best efforts come to nothing, and nothing ever changes. So the shows make us laugh while confirming the grim truth that secular viewers always suspected: Given the wretched fact of our mortality, it’s hardly worth breaking a sweat.

As David Goldman writes in his stark, profound book Why Civilizations Die, the secular person has no rational reason (and too few instinctual promptings) to join the army, raise a family, or develop difficult virtues, since all his efforts will amount to is dust in the wind. So it’s no surprise that in the countries where the churches are empty, so are the kindergartens. In most of those countries, abortion is widely practiced, and the death penalty is completely forbidden. Is all of that an accident?

Given that for the liberal life is a farce, it also becomes a math problem: How do we maximize the limited number of pleasurable moments that we can enjoy, before we plunge like a match into Darwin’s toilet? Part of getting the equation right entails respecting the “right” of other people to grab their own share of happy moments, too. If we don’t, they might not let us enjoy ours, either. Besides, thinking of ourselves as fair-minded people makes us feel good, so it’s worth it.

To make this system work in a world of limited resources, we must choose which people have the right to enjoy themselves, and who is most likely to take advantage of it. The unborn are helpless, dependent and cannot speak for themselves. And recognizing their right to life might seriously cut down the number of happy moments for us adults — just think what an end to abortion would mean for our sex lives. The handicapped and the gravely ill are unlikely to enjoy themselves very much, and caring for them costs us money and time that we could otherwise spend on enjoying ourselves, so we must factor them too out of the equation.

None of these life and death decisions have the slightest connection to innocence or guilt. Those antiquated concepts are holdovers from the religious view of life, which causes unhappiness by making us question ourselves and judge people. A justice system based on the modern liberal moral code does not imprison people to punish them for crimes; it identifies primates whose behavior is causing social problems by diminishing the happy moments quota. So a thief or a killer is not a “criminal” meriting punishment so much as a buzzkill who’s hogging the bong and ruining the party. Have the bouncer remove him, but put him someplace comfortable. Give him a cell with satellite TV porn and lots of Prozac. Maybe the dude will calm down, and we can let him back in later.

But there’s no room for innocent victims like Shanti De Corte, God rest her soul. They simply have to die.