Former Planned Parenthood CEO Dr. Leana Wen wanted to expand the organization's healthcare services. The Board wanted to "double down" on abortion. 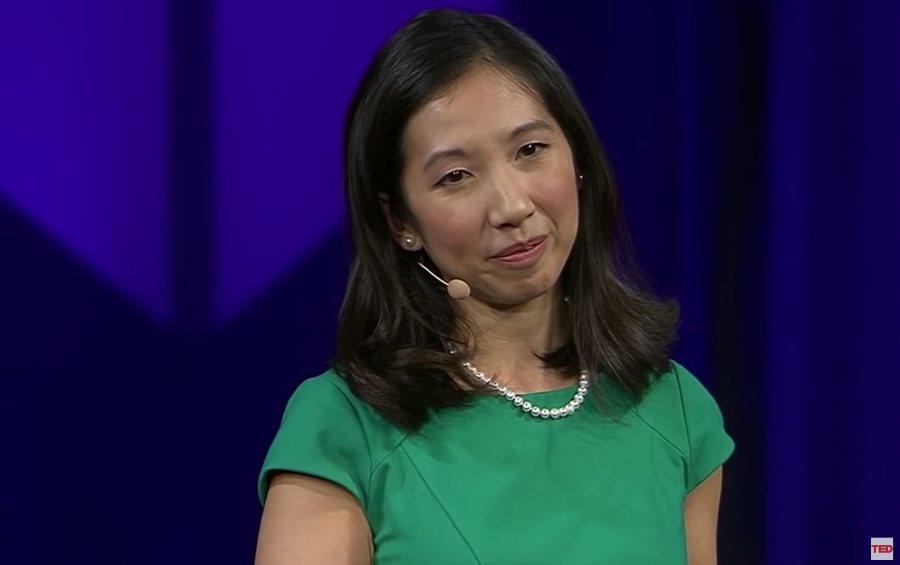 Screenshot of Dr. Leana Wen speaking during a TED Talk in 2014

Dr. Leana Wen announced Tuesday afternoon that Planned Parenthood ousted her as president and CEO after less than a year.  They fired her in a secret meeting, shortly after she suffered a miscarriage.

Neither does Planned Parenthood care about its “patients.” Testimonies reveal employees pressuring women to abort. Investigations show employees ignoring the sexual abuse of minors brought in for abortions.

Surely the organization cares enough about its own president and CEO to treat her with respect, right? Guess not. According to Wen’s initial tweet on Tuesday, she learned about the abrupt firing second-hand. She had already planned on leaving. She was engaged in “good faith negotiations about my departure based on philosophical differences over the direction and future of Planned Parenthood.” Then suddenly, she was booted out. All this just 10 days after publicly sharing her heartbreak over a recent miscarriage.

I just learned that the @PPFA Board ended my employment at a secret meeting. We were engaged in good faith negotiations about my departure based on philosophical differences over the direction and future of Planned Parenthood. My statement to come shortly.

Later in an official statement and open letter, Wen described those “philosophical differences.” She believes “providing essential primary and preventative care to millions of underserved women and families should always be the driving force of Planned Parenthood’s work.” Under Wen, the organization began working to “expand maternal health care, mental health services, and substance addiction prevention and treatment.”

But — “The New Board leadership has determined that the priority of Planned Parenthood moving forward is to double down on abortion rights advocacy.” People familiar with the debate confirm this to the Times. Others suggest the organization saw Wen as a “poor fit.”

Planned Parenthood has never been about health care, or helping women. This week, the organization’s own actions made that abundantly clear.

Remember how defenders of Planned Parenthood insist abortions are only 3 percent of what they do? That it is actually a healthcare organization providing vital services to women and families?

Pro-lifers continually debunk these claims. Planned Parenthood has never been about health care, or helping women. It has only ever been about abortion, whether for eugenic purposes or for financial profit. This week, the organization’s own actions in unceremoniously dumping Wen made that abundantly clear. She wanted to push health care. They pushed her out the door.

Wen ends her letter promising, “I will always stand with Planned Parenthood.” I pray she breaks that promise. It’s not impossible. In fact, an entire organization is dedicated to helping abortion workers leave the industry. Why couldn’t a former Planned Parenthood president join their ranks?

Plenty of pro-lifers stand ready to welcome her. This includes Abby Johnson, former Planned Parenthood director, and CEO of And Then There Were None.

Johnson tweeted a reply to Wen, “Leana, I know exactly how Planned Parenthood works and know ALL about their secret meetings. … I will help in any way I can through your transition.”

Leana, I know exactly how Planned Parenthood works and know ALL about their secret meetings. If you ever want to talk about your experience (in complete confidence), I’m here. I will help in any way I can through your transition. ❤️

In a separate Tweet, she encouraged pro-lifers to “reach out to Dr. Leana Wen in love,” considering her recent miscarriage. “Let us treat her with care, not callousness. Let’s be the people we say we are.”

Prolifers, our job is to reach out to Dr. Leana Wen in love. Snarky memes & words will not bring about conversion. Let us also remember that she is a woman grieving the loss of a miscarried child. Let us treat her with care, not callousness. Let’s be the people we say we are. ❤️

Pro-lifers do not deny the cognitive dissonance between mourning a wanted unborn child and advancing the killing of other unborn children. But the difference between the pro-life movement and Planned Parenthood is that that one is rooted in protecting and valuing life, no matter what, and one is rooted in ending it. While Planned Parenthood doubles down on its primary mission — abortion — thousands of women, men, ministries and care centers around the nation offer real support to women and families. It doesn’t matter if they come from an underprivileged neighborhood, or Planned Parenthood’s executive suite.

As Wen suffers the double-edged blow of publicly losing her unborn baby and her job, perhaps the welcoming compassion of pro-lifers, contrasted with the abortion-worship of her former organization, will be attractive enough to make her reconsider her stance.

Liberty McArtor is a freelance writer in the great state of Texas, where she lives in the Dallas-Fort Worth metroplex with her husband and son. Follow Liberty on Twitter @LibertyMcArtor, or learn more about her at LibertyMcArtor.com.

One Woman’s Story: What Caring for Reproductive Health Actually Looks Like