Welcome to the United States of Resentment 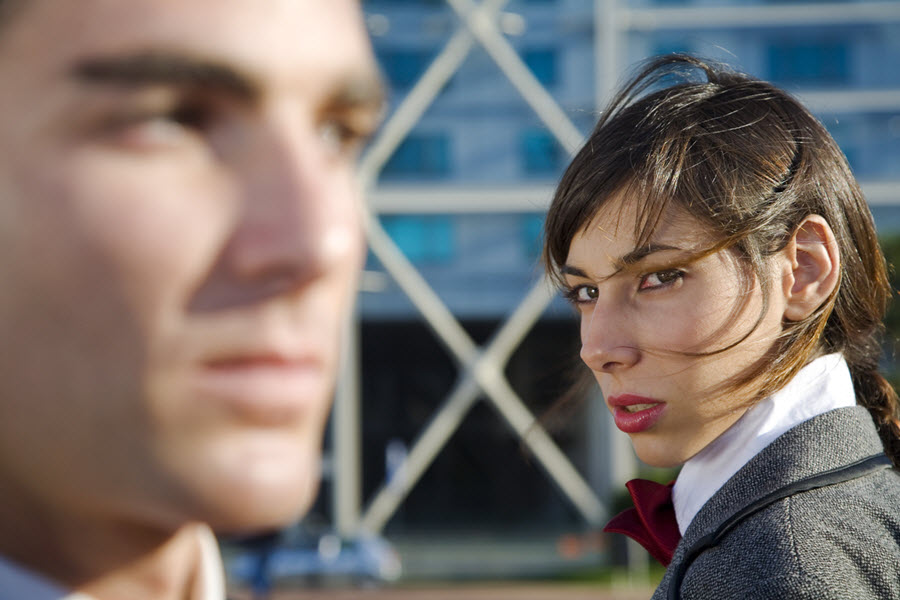 The delightful thing was her total lack of resentment.

In a viral clip, the gold-winning U.S. Olympic wrestler Tamyra Mensah-Stock overflowed with joy at her victory. After she won gold at the Tokyo Olympics, Mensah-Stock, her face glowing and her powerful shoulders wrapped in the American flag said, ”I love representing the U.S. I freaking love living there!”

It was like a ray of sunshine peaking through a hurricane. We’ve grown accustomed to the dreary faces, the angry politics, the fist-pumping celebrities, and the kneeling athletes like the perpetually irate soccer player (whose team bombed in the Olympics) Megan Rapinoe. America has sunk so low in her culture of complaint that we’re almost not sure what to do when confronted with a blast of real happiness. The virus that has crippled the West, and the sickness Mensah-Stock seems to be the inoculation for, has a name.

Resentment, studied by philosophers from Nietzsche to Max Scheler and John Paul II, has a deep and rich cultural history. Scholarly books struggle with its definition. Irish scholar Patrick Masterson summed it up well in an essay in the journal Studies: An Irish Quarterly Review.

Resentment is the repeated experiencing and reliving of hostile emotional response reactions against someone else. It is not a mere recollection of a once-off hostile emotion and the particular event which occasioned it. It is a re-experiencing and renewal of the emotion itself which gradually pervades the core of the personality and becomes a generalized field of suppressed wrath, hostility and hatred largely independent of the ego’s activity and inspiring numerous specific hostile intentions.

To repeat: resentment is a hostility that “pervades the core of the personality” and is beyond the control of the ego, resulting in “a generalized field of suppressed wrath.”

That sounds like the clinical definition of an actual illness. It can also devour entire cultures. In his famous book Ressentiment, philosopher Max Scheler writes: “Ressentiment is an incurable, persistent feeling of hating and despising which occurs in certain individuals and groups. It takes its root in equally incurable ‘impotencies’ or weaknesses that those subjects suffer from … . They can permeate a whole culture, era, and an entire moral system. The feeling of ressentiment leads to false moral judgements made on other people who are devoid of this feeling.’’

Is resentment a virus that really lies beyond the rational mind and can invade a culture? That would explain why so many Americans today are impossible to win over in argument. People like the Washington Post’s Jennifer Rubin, Stephen Colbert and the entire lineup at MSNBC are not interested in debate. Resentful people never are. Their free-floating rage, which bubbles always just below the surface and ready to explode, won’t let them engage in real dialogue.

Life Got Easy, We Became Soft

What made modern resentment a contagion is the way culture in the West has changed over the last fifty years. Our accumulated wealth, past spiritual strengths and sense of community reduced or eliminated many of the hardships that people dealt with even a hundred years ago. At the same time, the ways we raise children and view people in positions of authority have dramatically shifted.

In his seminal 1979 work The Culture of Narcissism, social scientist Christopher Lasch argued that the Western personality transformed over the course of the later 20th century. We went from mentally and spiritually strong and generally well-adjusted citizens to personalities that are weak and dependent on government, corporations, and bureaucracies. This cage has stunted us psychologically.

Lasch, who dies in 1994, argued that for the healthy development of a child, he must learn to deal with his undeveloped fantasies of omnipotence and helplessness. A toddler is either, from his own point of view, the king of the world or totally helpless. Parents, community, and  “transitional objects” — toys, games, pets — introduce limits, shrink the scale of fantasies of omnipotence and helplessness. Scaling down the illusions allows a healthy transition into adulthood and stable mental health. It also prevents resentment, that feeling of helplessness against a big bad world that deserves to be punished.

Lasch expert George Scialabba once summarized the process this way:

Formerly, the presence of potent but fallible individuals, economically self-sufficient, with final legal and moral authority over their children’s upbringing, provided one kind of template for the growing child’s psychic development. As fathers (and increasingly mothers) become employees, with the family’s economic survival dependent on remote, abstract corporate authorities, and as care-taking parents were increasingly supervised or replaced by educational, medical, and social-welfare bureaucracies, the template changed.

The child now has no human-size authority figures in the immediate environment against which to measure itself and so reduce its fantasies to human scale. As a result, it continues to alternate between fantasies of omnipotence and helplessness. This makes acceptance of limits, finitude, and death more difficult, which in turn makes commitment and perseverance of any kind — civic, artistic, sexual, parental — more difficult.

Are They Gods or Victims, or Somehow Both?

It bears repeating: “As a result, it continues to alternate between fantasies of omnipotence and helplessness.” This is a good definition of the modern, resentful left (yes the right has its guttersnipes, too, which would require a different column). On the one hand you have slay-queen pop culture bravado, where singers and actors and politicians are worshiped as godlike figures. But the same people also get depicted as completely helpless infants in the jaws of systemic racism, body shaming, and heteronormative standards. When their favorite politicians is not elected, they hide under the covers for a week.

They turn out to be babies.

In his essay “The Spiritual Practice Against Resentment,” Lasch cited Martin Luther King Jr. as ”the last liberal hero” who could fight for social justice while keeping resentment at bay. King adapted theologian Reinhold Niebuhr’s concept of ”nonviolent coercion” and compassion for the oppressor. King and his movement applied Niebuhr’s insight that ”spiritual discipline against resentment’’ meant discriminating ”between the evils of a social system … and the individuals who are involved in it.’’

If this didn’t happen, journalist Joseph Coates of the Chicago Tribune once noted, “the victims of injustice become oppressors in their turn.”

Coaster also argued that “when King tried to take his movement north, it sputtered out into the politics of resentment he had formerly condemned, leaving his followers only the self-righteous role of ‘privileged victims.’” According to Christopher Lasch, King’s northern marches failed because the civil rights leader ”did not distinguish between die-hard segregationists in the South and hard-pressed working-class and lower-middle-class communities in the North … whose only crime, as far as anyone could see, was their sense of ethnic solidarity.’’

By then, where you came from and your ethnic heritage had become crimes. Today we see a full-on purge. Now it’s your color, sexuality, college degree and family history, jokes you tell, that declare you guilty. And if resentment is truly an illness (something that “pervades the core of the personality and becomes a generalized field of suppressed wrath”) you’re being judged by people who are every bit as sick as someone in the ICU with COVID.

Can the Portland Protests Actually Bring Change? The Answer From Their Own Graffiti