All while Acting Defense Secretary Shanahan unexpectedly steps down. 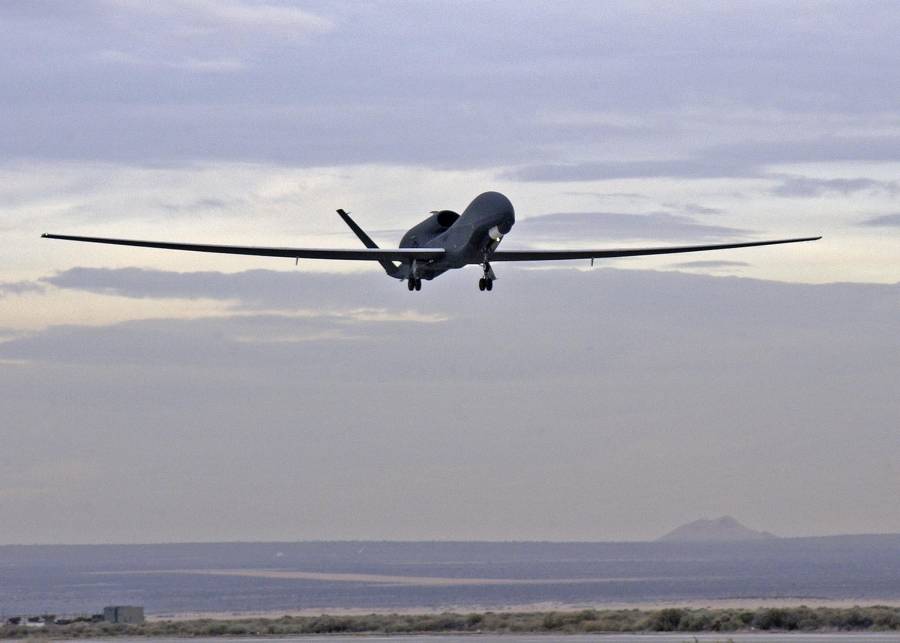 Tom Sileo is off this week conducting research for his next best seller honoring our American heroes. We are honored to help out with “This Week in War” as he does this important work.

For a country that insists it doesn’t want a war with the U.S., Iran seems itching for a fight. Image Iran claims is of a US drone being shot down.

Iran’s Revolutionary Guard shot down a U.S. drone Thursday, with that terrorist nation declaring itself “ready for war.”  The Islamic Republic’s state-run IRNA claims it shot the Navy RQ-4A Global Hawk drone down in “Iranian airspace” in the Hormozgan Province.

A military source tells Fox News the drone was over international airspace and about 17 miles from Iran at the time of the attack. It was shot down by a surface-to-air missile.

The downing of our drone dramatically ratchets up the tensions in the Middle East. An Iranian effort last week to shoot down a drone failed, according to the Pentagon. And also last week, Iranian mines damaged two oil tankers passing through the Gulf of Oman. On Wednesday Iranian-backed forces fired cruise missiles into Saudi Arabia, hitting a power plant.

“We don’t have any intention for war with any country, but we are fully ready for war,” Revolutionary Guard commander Gen. Hossein Salami said in a televised address. Funny way of showing it.

It is unclear at this hour what the U.S. response to Iran’s attack will be.

However, President Trump has issued a simple, if ominous response: Iran made a very big mistake.

Iran made a very big mistake!

More Troops to the Middle East

Even before today’s attack, U.S. forces were on the move. The Pentagon announced Monday that an additional 1,000 troops will be heading to the region for “defensive purposes to address air, naval and ground-based threats in the Middle East.”

The recent Iranian attacks validate the reliable, credible intelligence we have received on hostile behavior by Iranian forces and their proxy groups that threaten United States personnel and interests across the region.

The United States does not seek conflict with Iran. The action today is being taken to ensure the safety and welfare of our military personnel working throughout the region and to protect our national interests.  We will continue to monitor the situation diligently and make adjustments to force levels as necessary given intelligence reporting and credible threats.

As the Times of Israel reports, “The troops are part of a broader military package of options that were initially laid out to US leaders late last month, totaling as much as 10,000 forces, Patriot missile batteries, aircraft and ships.”

The move came only hours after Iran declared it will surpass within 10 days the uranium-stockpile limit set by the Iran nuclear deal. President Hassan Rouhani has warned Europe that a new deal needs to be in place by July 7 or Iran will jack up its enrichment of uranium.

Our Troops Get a New Leader

The dramatic rise in tensions come as there was a sudden change at the top of the military.

Acting Secretary of Defense Patrick Shanahan had been up for the permanent post. However, Shanahan suddenly withdrew his name from consideration Monday, after an FBI background investigation uncovered incidents of domestic abuse in his family.

As the Washington Post reported, Shanahan’s now ex-wife was “arrested after punching him in the face, and his son was arrested after a separate incident in which he hit his mother with a baseball bat.” “Bad things can happen to good families … and this is a tragedy, really,” Shanahan told the Post. The episode would inevitably be dredged up during confirmation hearings. (Just ask Brett Kavanaugh.) This, Shanahan says, “will ruin my son’s life.”

The Commander-in-Chief named Mark Esper as Acting Secretary of Defense, effective Monday. Esper is currently Secretary of the Army, and was a soldier in Operation Desert Shield. Trump hinted Esper could soon be nominated as permanent Secretary.

In the meantime, according the Pentagon’s Chief Spokesman, Esper and Shanahan will be working out operation issues over the next couple days to ensure “an orderly transition that ensures our men and women in uniform have the leadership and resources they need to keep our nation safe.”

This is crucial given the continued tensions in the Persian Gulf. America-Targeting Iranian Warlord Killed. Since Trump Did It, Democrats Complain and Apologize