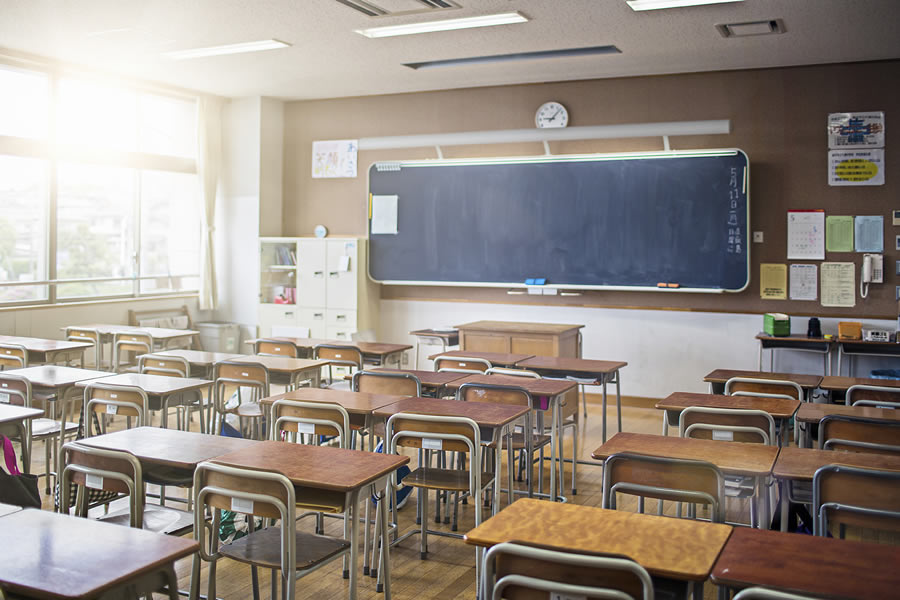 Eight months into this pandemic, one thing is increasingly clear: Students learn best when they are in school. Their continued absence from the classroom has led to less learning, more mental health problems, and greater inequality as children from lower income households fall further behind.

This past spring, teachers were able to get 2-3 months of face time with their students before everyone was sent home. We knew that was disruptive, so a lot of grace was extended from teachers and administrators towards students. But now that we’re wrapping up our first fully digital semester, the real data is coming in. It isn’t pretty:

We could go on, but you get the picture.

For many students, the social and emotional damage is even worse than the poor learning outcomes. Dan Domenech has served as a superintendent for nearly 30 years. He’s currently the executive director of the American Association of School Administrators. Here’s his take: “We know that there has been a significant loss of learning, but I’ll tell you, we’re less concerned about that than we are about the social and emotional factors. We’re seeing an increase in the stress that students are feeling, the emotional impact that this is having on them. We’re carefully tracking suicide rates, which is a major factor.”

Even before COVID, the Centers for Disease Control and Prevention had alerted us that anxiety and depression were on the rise for children ages 6-17. Recently published peer-reviewed research confirms what you probably suspected: prolonged isolation makes things worse. Our own experiences and that of loved ones tells us something else: the mental affects the physical. Stress and loneliness impact quality of sleep, appetite, digestion, and ability to focus. In short, kids need friendships and face to face interactions to develop, to learn, and to stay healthy.

It’s not just students in the K-12 system. A CDC report found that 25% of young adults (18-24) had seriously considered suicide in the month of June — typically a season of summer bliss. Colleges already knew that stress, anxiety, and depression were huge issues on campus even before COVID. The isolation has made things worse.

The Poor Are Hurt More

Sending kids home from school created a huge new burden for parents. The pandemic shuttered not just schools, but daycare centers. Sure, some parents could shift to working from home, keeping one eye on the kids and another on their inbox. But for many parents — particularly in working-class households — remote work was simply not an option.

Wealthier families have nicer, larger homes, which make for more comfortable learning environments. They have better broadband Internet. Their kids are more familiar with pricey electronic devices, like iPads, which can be used for learning. The parents are more likely to be in professions that allow them to telecommute (or to have a stay-at-home parent). During weekdays, their kids are more likely to be online, doing their schoolwork, with an involved adult nearby, ready to help.

But wealthy families in a pandemic have another advantage: The ability to hire a quasi-full-time, in-home tutors — either individually or by pooling resources with a handful of similar families. They create a small “learning pod” of 3-5 students, with a tutor providing instruction over a 2-3-hour time block, outdoors if practical. Like in-person school, only better! A much smaller student-teacher ratio.

It’s not cheap, though. One group in California charges between $20-65 per hour per student. Figure 15 hours/week will run you about $2,500/month. They’ll support your kid’s school’s curriculum. They’ll follow CDC guidelines, the whole nine yards. Part of why it’s not cheap is that there are legal and logistical hurdles involved. Do the hired tutors need workers’ compensation? What about liability insurance? If they’re meeting in a family’s backyard, do you need clearance from the city government or the homeowner’s association? Will the tutor have contractor or employee status?

If you’re not at least moderately well off, you’re probably not in the market. And your kid is more likely to be falling behind.

Late this summer President Trump made getting kids back in school a priority. He and Secretary DeVos hinted at funding cuts for schools that didn’t comply. But with their eyes on November, and Democrats sensing the President’s COVID response as an opportunity, school openings became a partisan issue. Democrats urged caution, which is also where the teachers’ unions landed.

But there’s been a shift, as research increasingly confirms kids at school aren’t driving COVID transmission to adults. But many of the teachers’ unions are still stuck in neutral — in some cases filing lawsuits to keep schools from reopening. As one person put it, “We have a weird situation in the U.S. right now where prominent Democratic politicians have their children attending private schools for five days a week of in-person learning while the public schools in their cities and states are closed … Democrats are supposed to actually care about public schools and vulnerable children.”

Let’s forget about whose idea it was or who gets credit. If funding is the sticking point, let’s come up with a sensible compromise. Improve ventilation, add hand sanitizing stations, encourage physical distancing, and do things outside when possible — but reopen schools for the sake of our children. All our children. Oh, and if public schools are closed but nearby private schools aren’t? Give parents the option of using their tax dollars to enroll in the private schools.