We Need God’s Idea of Human Rights, Not Eleanor Roosevelt’s Humanistic One 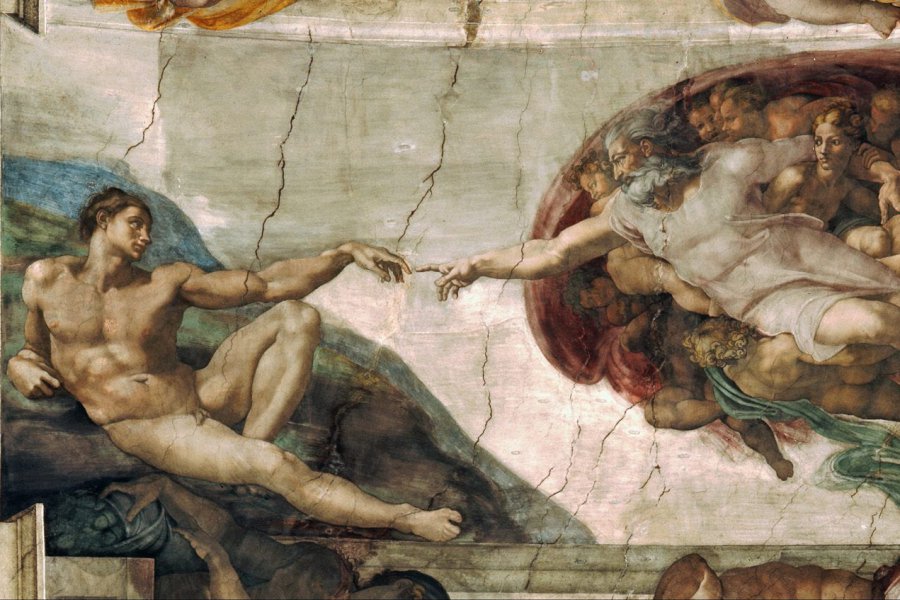 “Where do human rights begin?” an American first lady once asked the world. She gave the humanistic answer. She was right about the places people exercise their human rights, and that was important to say. But she was dangerously wrong about where they begin.

They begin “in small places, close to home,” Eleanor Roosevelt told the United Nations in 1958. “They begin in the world in which each of us live: our neighborhood, our school, where we work. Unless these rights have meaning there, they have little meaning anywhere. Without concerted citizen action to uphold them close to home, we shall look in vain for progress in the larger world.”

Human rights actually begin long before then. And that matters.

Small Places and the Human Heart

They begin in the truth that every human being is endowed by God with His Image at conception. They begin in human hearts and consciences informed by that belief. There is no other logical support for them. 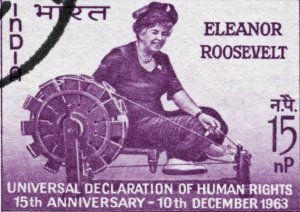 But believing that isn’t enough. The belief in God-given human rights must germinate in our hearts before we can express it in our daily lives. The belief only germinates when we love. Love is the fuel of human rights that God gives us.

When we not only believe but love, we will place other peoples’ best interests ahead of our own. We’ll respect their rights as absolute, not treat them as less important than our desires. When we don’t both believe and love, we won’t treat others well. Selfishness will abound and satisfying our desires (even the unnatural ones) will become paramount. The most vulnerable eventually become unwelcome and unsafe.

Atheism does not logically support human rights. It believes that human beings are just another species among many species that evolved from primordial slime.

If that’s true, then there’s no logical basis or reason for rights of any kind. Mob rule rules. Perceptions, instincts and convenience replace right and wrong. Truth is replaced with “values” and “my truth,” with the unholy trinity of Me, Myself and I.

Atheism leaves no place for objective truth. It doesn’t believe in absolute right and wrong. What’s correct is defined by dominant prevailing winds of thought that pleases the mob, at any given point in time.

In the end, chaos takes over. Even the mob turns in on itself. Might makes right. No one has any human rights. Not just the unborn. No one. That is the abyss upon which western civilization now teeters and totters. We live in dangerous and treacherous times.

This brings me to the Holy Spirit. The Holy Spirit who Jesus promised would guide us into all the truth is the protector of universal human rights. The Spirit tells us that man is made in the image of God. We don’t hear this crucial truth anywhere else in the world. 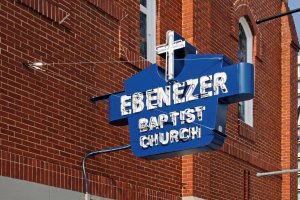 But how can we discern between the voice of the Holy Spirit and our own desires or other spiritual voices? Satan can appear as an angel light, make what is unholy appear as holy and sin appear as virtue. The pro-choice movement presents abortion as an act of mercy and liberation. The world makes evil look good and good look evil. It hates true human rights.

As we descend into a cesspool of moral corruption of the 21st century, how can we discern rightly? The Apostle John told us: “He who keeps His commandments abides in Him, and He in him.” How do we know that He abides with us?

Any spirit that denies that God made us in his image is not of God. God calls us to be in the world but not part of the world. We exercise that call when we defend the reality of human rights — especially but not only the unborn child’s right to life. That should be a mark of Christians.

These are treacherous times, fellow Christian brother and sister. We must proclaim Jesus Christ to a lost, rebellious, hostile world. We must also proclaim the basic truths about man to a world that doesn’t want to believe in absolute truths. Christians must speak for human rights when the world won’t.

Don’t expect an easy time. Remember the love and inexpressible joy of our Lord Jesus Christ that you yourself have experienced. Take that love into a loveless landscape all around us. God bless you as you go.

Mark Davis Pickup is a Canadian pro-life activist. You can read more of his thoughts and story at his blog, Human Life Matters. His previous article for The Stream was What 37 Years with MS Taught Me About Living with COVID.

For more on his life, see Nancy Flory’s profile, Man With Severe MS Walks Again. See also her interview with him about his pro-life work, Fighting Euthanasia.

The picture of Eleanor Roosevelt from an Indian stamp (iStockPhoto/traveler1116); the photo of Ebenezer Baptist Church, where Martin Luther King, Jr., preached when he led the Civil Rights movement (iStockPhoto/wellesenterprises).