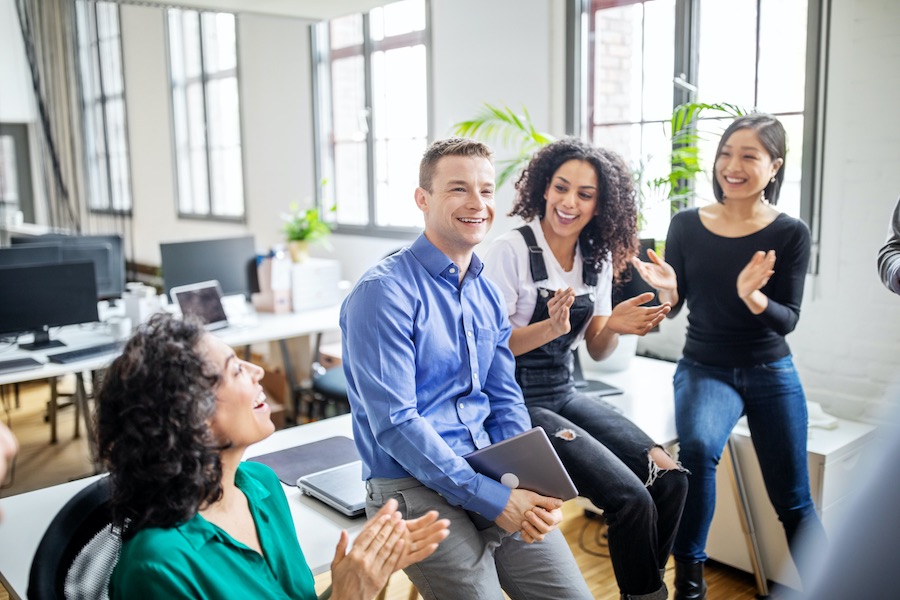 Skeptics and atheists like to charge Christians with not thinking things through as we should. We’re not curious about other beliefs. We hardly think deeply into how our own could be true. I’ve got the same sort of question for atheists. They’ve got serious issues they’ve never dealt with.

I ran into that some time ago on my Thinking Christian blog. A commenter there named Benjamin Cain said the God Christians worship is a “human-like,” “monstrous,” “psychopathic,” “jealous, irrational, sadistic tyrant.” This God is a wizard-like figure waving the equivalent of a “magic wand.” Cain is not alone; Richard Dawkins led the way in The God Delusion. Plenty of others beat Dawkins to it, though not so famously.

But I wonder whether Cain realizes this isn’t really a statement about God; it’s about Christians. He must think that either we are content to follow a God of that character, or else we don’t realize our god is like that. This is our god, if Cain is right, and we choose to follow him. (Don’t worry, there’s a reason I’m using the lower case for “god” here: This isn’t the God in whom we believe.)

Now let me pose the question skeptics should pay more attention to: Is this view of Christians even remotely believable?

Have Christians Missed This “Truth” About God All These Years?

Let’s take these options in reverse order. Maybe Christians follow this horrific god because we don’t realize that’s the kind of god he is.

How likely is that? How could Jerome have missed it when he translated the Bible into Latin? Was Augustine too dense to catch it? How about Aquinas? Galileo, who held to his belief in Scripture even when disputing a very small segment of its meaning? Kepler? Brahe? Berkeley? Newton? Faraday?

Were they all idiots? Did it take Cain and his contemporaries to catch it? Do we owe them a debt of gratitude for showing how subhuman we’ve always been? Because that’s exactly what this is: It’s viewing Christians as less than human.

Cain has only one other choice. We must know what an awful god we follow, as I’ve just shown, yet we do it anyway, so it must be because we like him that way.

But that, too, is painfully, obviously wrong. I don’t just mean it’s disgusting, though it is. I mean it’s obviously false.

Maybe Cain doesn’t know this, but for Christians down through the centuries, to “follow” our God has meant to imitate his character. That was Mother Teresa’s stated life intention. It was Martin Luther King, Jr.’s too. Same with Joan of Arc. Florence Nightingale. Dietrich Bonhoeffer. Clara Barton. William Booth. The converted John Newton. William Wilberforce. Francis of Assisi. St. Patrick. Ambrose, Bishop of Milan.

Maybe they missed the memo about what kind of god they followed? (Maybe they were subhuman idiots, in other words?)

Were Christians following this “awful god” when they became world leaders in expanding education, literacy, and medicine? Is that why Christians have led the way from the very beginning in caring for people, not just in their own communities and countries, but in every culture of the world? Doctors Without Borders may not be a Christian program, but it’s following a trail blazed by Christian missionaries. The same goes for virtually all international humanitarian aid. Even today, Christian humanitarian giving outstrips non-Christians’ giving, at least in the U.S.

I don’t mean to imply that Christians are perfect in following God’s way of self-sacrificial love. This isn’t about perfection. It’s about being at least human, not subhuman.

I know skeptics disagree with some of our major moral positions, but they have to grant that Christianity has done (at least!) more good in the world than we’d have done following the beastly god they think we believe in.

Cain really only has two options, and they’re both obviously wrong. So that should raise questions in his mind, as well as other skeptics’, if they’re thinking about it at all.

Not every skeptic thinks what Cain thinks about God, but most skeptics have problems with Christianity at some point or other. And a lot of them jump to conclusions with it, when they ought to display the same curiosity they want Christians to display. Instead of telling us what we believe, maybe they, too, could ask. Maybe something like this: “I don’t get you Christians. If my view of Christianity is true, then it seems like you must be idiots to believe in it; but I don’t see you being that stupid in your work, your families, your education. What gives?”

That’s just one specific suggestion. Overall, the principle is, treat one another as actual human beings, not as categories. Use respect. Ask questions. Try to learn. Hold your position if you think it’s right, but don’t treat the other side as less than human.

And Now At Last: What This Whole Article Was Really About

That’s my suggestion for skeptics. And now, since I’m guessing many of my fellow believers have read all the way through this, enjoying this criticism of atheism, I can finally tell you why I really wrote this.

Skeptics aren’t likely to listen to a columnist here at The Stream. Christians might, though. So I suggest you read this through again, asking yourself, “Is there any way I’m making a similar mistake, in my dealings with non-believers?” I’ll be honest — I see it happening. A lot. Mostly online, of course; we wouldn’t do it in person.

I still think atheism is wrong, but I believe atheists are human, made in the image of God, believers and unbelievers alike. We should all be able to regard one another as human beings, and treat each other that way.

‘Coyote’ Mockeries Reveal What the Left Really Thinks About Us: Not Just Wrong, But Less Than Human