Happy 5th Birthday to The Stream! 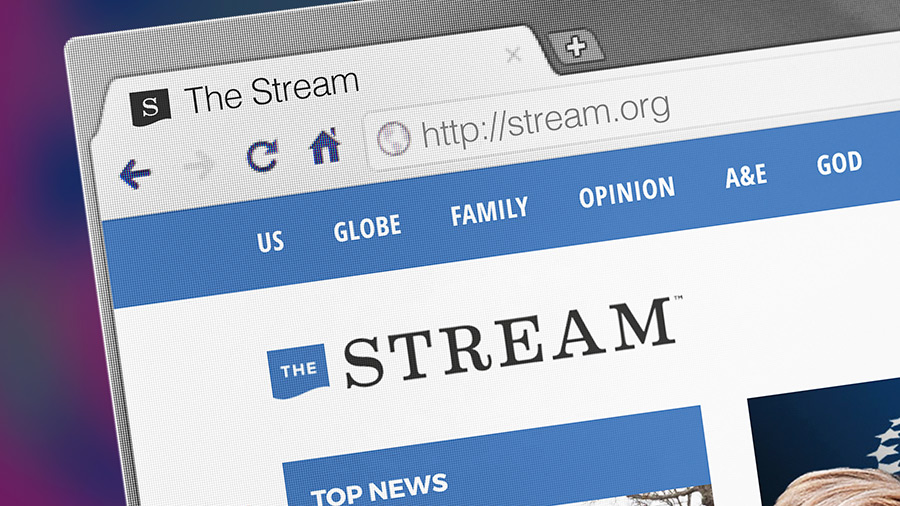 This week marks the fifth anniversary of the launch of The Stream, so I thought it might be good to explain just what we hoped to accomplish.

A couple of years ago, I wrote in an update to some supporters that

The purpose of The Stream is to equip Christians to think clearly about the political, economic and moral issues of our day, to inspire them to action, and to encourage Christian unity and national spiritual renewal.

More briefly, I would say we wanted to unite the divided. Not just to give a Christian take on the news of the day. But to unite evangelicals, orthodox Catholics, and Eastern Christians who share so much, and seek the common good, but are divided by doctrines and institutions.

We also wanted to unite “social” and “economic” conservatives at a time when the media and elites on the left and right are trying to split us apart.

Some people complain that our site is unabashedly Christian and political. Our response? Yeah, so what?

More serious critics might complain that we’re focusing on the wrong thing. Why not just focus on theology and culture? After all, politics is downstream from culture. And every culture is based on a “cult” — that is, on religious beliefs and practices.

True enough. But the opposite is also true. Culture is also downstream from politics — especially at a time when politics pervades every nook and cranny of our lives. If you doubt that, spend a few minutes pondering what happened after the Supreme Court struck down state laws on abortion and marriage.

Our faith doesn’t just speak to politics. Politics shapes how we can practice our faith, and, at the extreme, whether we can practice it at all. And especially at a time when toxic, even demonic, ideas are gaining currency, we can’t afford not to speak out.

Of course, we don’t think politics is all-important. Indeed, we don’t think our political ills can really be healed without true spiritual renewal. And that’s another reason to come together. Fractures in the Body of Christ impede renewal. Our time calls, not for the squishy Kum-Ba-Yah ecumenicism of the (mostly defunct) National Council of Churches. We need a “highest common denominator ecumenism” grounded in our core beliefs that neither wishes away our differences nor amplifies them.

Next, we wanted a platform to show that American Christians can be patriotic, pro-life, pro-marriage, pro-natural law, pro-religious freedom, pro-market, pro-defense, and pro-limited government at the same time. Call that the “full package.” It was the burden of the book Indivisible that Stream publisher James Robison and I wrote in 2012. And the principles in that book became the editorial principles for The Stream.

Lots of people on the left and right claim you can’t have the full package. It’s the new hotness on the Catholic right to insist that good Catholics should reject the American experiment and the free economy. Nonsense. It’s just not that hard to come up with a political theory that fits the full package — one fully grounded in Christianity and public evidence.

You don’t need to be a doctrinaire libertarian, for instance, to figure out that free market economies are better for people than the alternatives. Not utopia. Not perfection. Not the kingdom of God on earth. Just the best available for allowing people to pursue their economic goals and emerge from desperate poverty.

Any political ideology that can’t make space for those facts isn’t worth having.

You can work this from other directions as well.

For instance, you can make a solid Christian case for free enterprise. Two of the ten commandments, after all, take private property for granted. And Jesus implied that government should be limited when he declared that we should render unto Caesar what is Caesar’s, and to God what is God’s.

And a committed libertarian can also be pro-life. Let’s say you want a night watchman state and think preserving liberty is the only role for government. You still think the state ought to protect innocent human beings from murder, right? (Otherwise you’re an anarchist.) So, you not only can be pro-life. If you grasp that a unborn human being is, well, a human being, then you should be pro-life. See Stephanie Slade’s article, “Why I Am a Pro-Life Libertarian,” for details.

Unity on Essentials. Charity on the Details.

This doesn’t solve every problem, of course. Our broad principles don’t dictate policy in all their details. Even Christians who share the same core beliefs may have a different take on, say, tax policy. That’s why The Stream doesn’t enforce a party line on such matters.

The Christian moral vision has to be translated in different times and places. No serious Christian thinker has ever argued that a Christian makes laws against every sin. That’s a silly straw man of the secular left, which cries “theocracy” every time a Christian enters the public square.

Not every private sin should be banned by law since, sometimes, the cost would exceed than the benefit. Can you imagine what it would take, for instance, to punish everyone who says something rude, or — worse — feels envy? Heck, Thomas Aquinas thought the costs of banning even a public evil like prostitution exceeded the benefit.

On the other hand, just because someone is skeptical about anti-porn laws, it doesn’t follow that he is pro-porn. He might think there are better ways to deal with the problem, or that the unintended consequences are too great.

This is a debate worth having. Reasonable people can disagree on just where the line is that divides a proper from an improper use of state power. But we shouldn’t use that debate to blow up the foundation on which we can agree. That is just what the secular left wants us to do. At The Stream, we don’t plan to give them what they want.