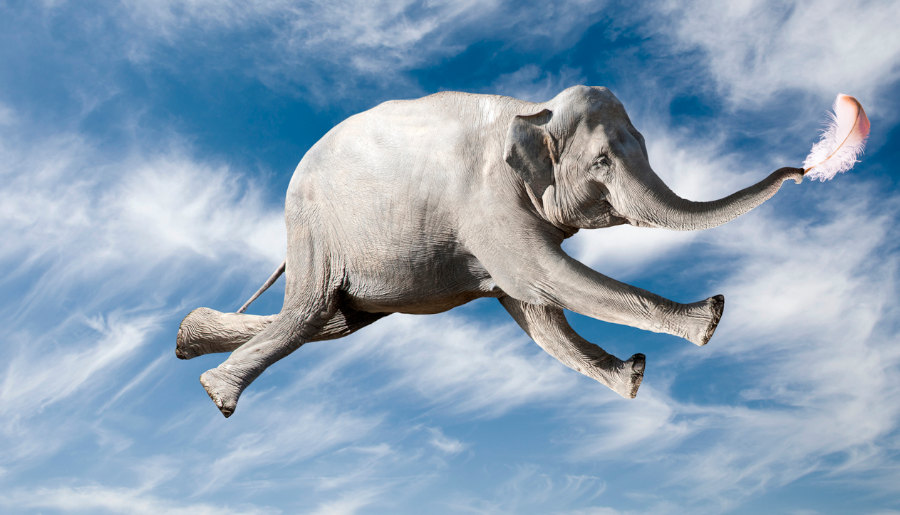 I call it the Dumbo Syndrome. Remember in the classic Disney film, how the little elephant is convinced that his power to fly comes from a magical feather? Many Americans today suffer from the same syndrome. They believe that society can prosper only with the help of a big, intrusive government.

The latest example of this disease is an open letter published earlier this summer by a group of the “richest 1/10th of the richest 1% of Americans.” Their plea? Tax us more.

Is a “Wealth Tax” in America’s Best Interest?

The thesis of the letter, signed by well-known well-to-do such as Abigail Disney and George Soros, is found in the second paragraph:

America has a moral ethical and economic responsibility to tax our wealth more. A wealth tax could help address the climate crisis, improve the economy, improve health outcomes, fairly create opportunity, and strengthen our democratic freedoms. Instituting a wealth tax is in the interest of our republic.

What should we make of this?

For starters, we should recognize the good in it. Generosity is virtuous, no matter how much the giver has. It is noble for the wealthy to be concerned about those less fortunate. We should be glad that they care about some of the nation’s pressing social, economic, and environmental problems.

That said, one need not look very far to see that their argument for a wealth tax is a sure sign of the Dumbo Syndrome. Wealthy citizens don’t need the IRS to accomplish their lofty goals. They are free to invest in efforts to meet each and every one of the challenges they name. Many wealthy people already do this.

America gains nothing by using the coercive power of government to funnel money from willing private hands to worthy causes. On the other hand, our nation loses much through this approach.

Charity ceases to be charity when it becomes a legal mandate. Would-be “givers” lose the chance to develop the virtue of generosity. They become mere doers of a legal duty. Those who receive wealth that they did not earn develop an attitude of entitlement in place of gratitude. After all, the money and services they receive came from Uncle Sam. Not, as far as they know, from the hard-working family down the street.

Government’s efforts to improve society by redistributing wealth also tends to be less effective, efficient, and innovative than private programs. For instance, one study found that after six months, just over half of those trained under the publicly-funded Workforce Investment Act had found jobs. But a similar private program called Cincinnati Works boasted job placement for 84 percent of those it served. The private program focused on teaching the kind of habits and attitudes that bring success in the workplace.

And that is only one example. Just imagine the good that these uber-rich letter-signers could do for the causes they care about if they sought out the best, most effective programs, and then funneled their billions into them.

The Substance of “America”

The letter states, “Those of us signing this letter enjoy uncommon fortunes, but each of us wants to live in an America that solves the biggest challenges of our common future.” The question is, who or what is the “America” of which they speak?

The context of the letter reveals that to these writers, “America” is the federal government. And this is a great poverty of thinking.

The best (and historically correct) view is that our government is but a small portion of what makes America both great and good. It is a sort of contractor. We delegate certain functions to it that we really need it to do. But it is not, and could never be, a worthy substitute for our families, churches, philanthropies or businesses.

In Democracy in America, Alexis de Tocqueville observed, “The health of a democratic society may be measured by the quality of functions performed by private citizens.” When we reach a point at which citizens see themselves as dependents who wait for and expect government to do what needs doing, we are no longer operating as a healthy free society.

This please-tax-us-so-we-can-help letter is a sad appeal for government to do what the ultra-rich are more than capable of doing themselves. In the classic tale, Dumbo eventually loses the “magical” feather and finds that he can fly just fine without it. If we drop the idea that government is our only means of making society better for everyone, we, too, will find that we can “fly” just fine on our own.