You Don’t Know Anything. Just Admit It

For example, Americans who fight about the U.K.'s leaving the EU. 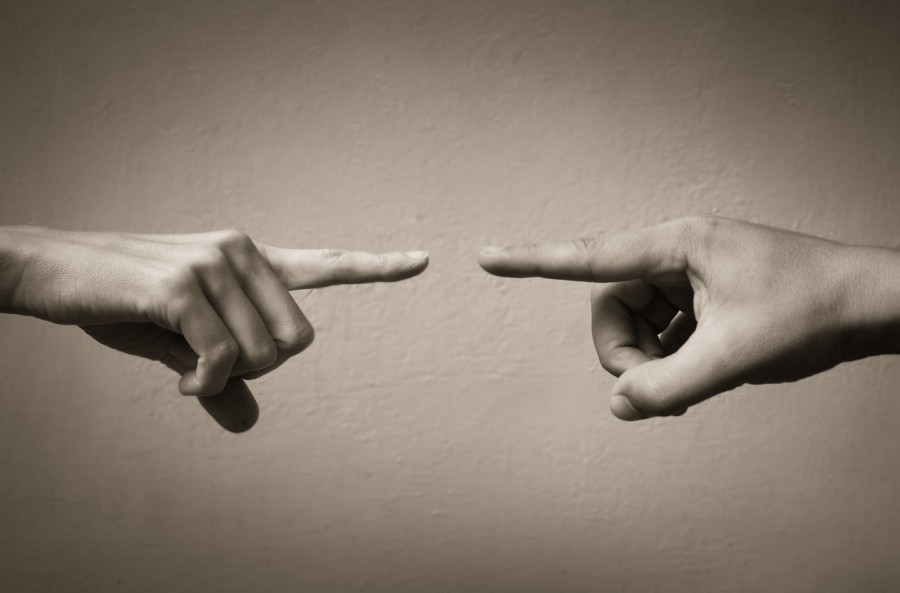 I am constantly surprised at how much my Facebook friends know. More than I do about many things. With a great deal more conviction than I feel. And, as far as I can tell, without enough knowledge of the subject to have much of an opinion at all, much less the black-and-white all-in good-guys-bad-guys opinion so many have.

People get angry at each other over a question neither understands nor actually really cares about. They judge each other as people from their opinions about things, politics especially. They dig in when people argue with them. Eventually, they call someone Hitler.

About Brexit, for example. Another country’s politics. A complex matter. But gosh, my friends know what side they’re on. And they’re ticked off, whatever side they’re on. (The sidebar will fill you in if you don’t know about it.)

What Brexit Means (a Mess)

For the eleven of you who don’t know what Brexit means: That’s the name for the United Kingdom leaving the European Union. Former prime minister David Cameron thought he’d shut up the nationalist wing of the Conservative party by giving them a referendum on leaving. He knew his side would win. That’s why he’s former prime minister. His side lost 52% to 48%, shocking almost everyone.

He quit, because in a parliamentary system, when you screw up that massively, you get to go hide. His successor Theresa May tried to negotiate the country’s way out, but failed. Her heart really wasn’t in it. The EU, of course, made things as hard as possible, because they don’t want other nations doing the same thing. The other major party, Labour, also made (and makes) things as hard as possible, because they want to beat the Tories.

While failing, May held a surprise election, thinking she’d increase the number of Tories in Parliament and make her life easier. She increased the number of Labourites in Parliament. By a lot. Shocking almost everyone. So, big surprise, parliament kept rejecting her proposals. Her own people voted against her. She quit.

New prime minister Boris Johnson says the U.K.’s leaving on October 31st, deal or no deal. Parliament says no we’re not. He threw people who voted against him out of the party. Then he got the queen to send Parliament on a vacation, to give them less time to stop him from doing what he wants to do. The courts now argue over whether he can legally do that.

Brexit’s a confusing mess. Still, a lot of my American friends know exactly what the United Kingdom should do, either leave or stay. They usually have decided opinions about the horrible people on the other side. I know something about the subject, but not enough to have a fixed opinion. And neither the interest much less the time to study enough to have one. Maybe Brexit’s good, maybe it’s bad, maybe it’s both. I don’t know.

But people I’m fairly sure don’t know any more than I do know what The U.K. Must Do and who are The Bad People Who Must Be Stopped.

You might think that conservatives support Brexit and liberals reject it. That’s mostly true. That would partly justify being so committed even when you don’t know much. You follow the lead of the people on your side who do know about it. But Brexit’s not a simple right-left issue.

The Tories have their Remainers. A lot of them think being in the EU helps the English economy and benefits the country in other ways. They think real conservatives support established systems like that, and try to change them gradually. Only radicals tear them up.

At the same time, the left has long opposed the EU. A lot of districts with Labour MPs voted to leave. The old left argued that the EU was created by capitalists for capitalists and that’s it’s easier to create socialism in one country, without having to satisfy a capitalist-oriented supranational body. They saw the EU as the organization for posh people with money.

The Labour party only slowly over decades came to accept it, and some still haven’t. Opposition softened over the years into either support or suspicion, as the Labour Party has become more liberal and less leftist. The EU became part of the way things are. But here’s a thing. Though he says he supports remaining, the head of the Labour Party himself dislikes the EU.

Jeremy Corbyn once complained that “We have a European bureaucracy totally unaccountable to anybody, powers have gone from national parliaments — they haven’t gone to the European Parliament, they’ve gone to the Commission and to some extent the Council of Ministers. These are quite serious matters.” He said in 2015, “I remain critical of its shortcomings; from its lack of democratic accountability to the institutional pressure to deregulate or privatise public services.”

A Brexiteer could say that, and indeed they have. They argue that this wealthy and powerful institution acts against British interests, and the British can’t do much about it. When the Labour party’s leader could be writing the speeches for the Tories, the issue’s complicated.

Mapped Onto Our Politics

A big reason Americans are so certain about Brexit, is that they map that debate onto our own politics. Brexit = Trump. Remain = his enemies, including the “deep state.”

If you’re a Trumpian, you’re a Brexiteer, because Brexit strikes a blow against the elites and for national identity, etc. (Essentially the mirror image of the leftist argument I described above, as it happens.) If you’re an anti-Trumpian, you’re a Remainer, because the EU represents the functioning and necessary international order. And, though you might not admit this, a needed restraint on your own nationalists.

Whatever you believe, you hold your position as fiercely as if you were a citizen of the UK for whom the final decision matters. You tend to see the people on the other side as your enemies. At least judging from my diverse Facebook friends, including the best and brightest of them.

And that’s kind of silly, when you don’t really understand the subject. So: Help improve public culture. Don’t be someone who gets other people angry for no good reason, judges them for disagreeing with you, and digs in when people argue. And don’t call anyone Hitler. Except for neo-nazis. Them you can call Hitler.

Say “I don’t know” when you don’t really know. Or “above my paygrade.” Or “I haven’t read enough to have an opinion.” If you do have a partial opinion, say “As far as I can tell” or “I suspect” or “I intuit” or “My friends say” or “I was reading in this magazine that.”

You’ll do some good for the world, by admitting you don’t know jack. Especially if that helps you like people for themselves, as people. You know that one and one make two, as the song says. Get to know that other one. What a wonderful world that would be.

David Mills is a senior editor of The Stream. After teaching writing in a seminary, he has been editor of Touchstone and the executive editor of First Things. He edits the site Hour of Our Death.