We Are All Wetbacks Now

If Trump had treated illegal aliens the way Biden treats the January 6 protestors, the media would have endured a psychotic break. 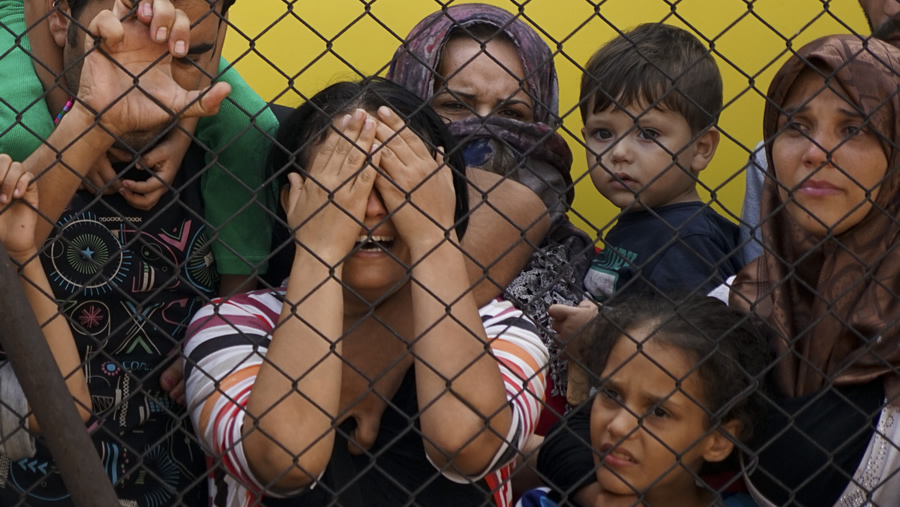 Perhaps the word offends you. If so, grow a thicker skin. I borrowed it from Cesar Chavez, a proud American citizen who fought for better wages and conditions for other legal American workers. He was stymied by the willingness of illegal foreign workers to break his agricultural strikes. He called those people “wetbacks,” which contains no racial animus. It’s a pejorative term for people who break the law, who try to steal something that other people have worked for: the right to live and hold a job in our country.

Chavez’s parents had come from Mexico, a country run like a one vast hacienda: a tiny elite at the top of the pyramid, then vast numbers of poor and powerless subjects who serve the few at the apex. He didn’t want America to turn into that kind of country. That’s why he fought illegal immigration. And it’s why the agribusinesses who opposed him encouraged human smuggling across the border. They wanted cheap, compliant labor in the form of campesinos.

The term “wetback” should lose all its sting very soon, since our country’s irresponsible elites intend to reduce the rest of us — the other 98 or 99 percent — to the status of wetbacks, anyway. Keep in mind that when the very rich and powerful, those who live in America’s top five wealthiest zip codes talk about “equality,” they don’t mean what you might think.

To our oligarchs, the grubby masses who fix things, make things, and drive things, then go off and vote for candidates like Trump, are utterly indistinguishable from caravans of illegal immigrants. The censors at Facebook and Google, the staffers who polish up Adam Schiff’s lies, the editors who type up the words for Brian Stelter to pronounce … they look at us all as “equally” alien and repugnant. They feel no common sense of citizenship with us. But we are less exotic and charming than unvetted Afghans or animists from the Amazon.

And they want us to be just as powerless and passive as refugees in a camp. We should all just stand in line and wait for the nice man from the government to ladle out the soup.

Elites See Us All as Equally Loathsome

If you don’t believe me, let me share a few recent news stories.

Item: New York City mayor imposes vaccine mandate on all city businesses. That’s right, if you won’t line up and take the experimental gene therapy made with dead babies that Big Pharma calls a vaccine, you get to be homeless and starve in the streets.

So citizenship, for New Yorkers, doesn’t entail either making your own medical decisions or helping to choose your own leaders. It’s irrelevant to each question.

You Must Strive to Be Indigent

My best friend lives in New York City, where his parents came legally from Italy to live. His elderly mother, a proud naturalized U.S. citizen, sweated in garment factories for decades. She helped buy a house. Then she came down with Parkinson’s Disease. She can’t walk, stand, or even sit up for more than a few minutes, and needs 24-hour care. She’s getting it in a lovely, nearby nursing home.

But the Medicare which she paid into for decades proved useless to cover her stay. A social worker informed my friend that he’d need to transfer all her assets until she was indigent. Then Medicaid, which is much more generous, would pay for her stay. So she learned what modern America means: hard-working citizens who pay their own way are out of luck, but the totally dependent get taken care of. That’s not what she signed up for when she took the oath of citizenship back in the early 1960s.

Break the Middle Class Down Into Helpless, Docile Peasants

That story encapsulates perfectly our elites’ plan for our country, now built into our System. They don’t want a middle class. They don’t want pesky homeowners insisting on zoning laws, going to school board meetings, making trouble for their schemes of social engineering. They certainly don’t want us protecting our property and our liberties with weapons. No. What our elites like is for the masses to be beaten-down, needy, dependent, and docile. They should look to the State for benefits and vote as they are told.

If they follow the ideology propagated by the elites, they can get away with a lot. They can loot whole cities, walk home with stolen flat screens, and pillage designer shops in cities like San Francisco. They won’t be prosecuted.

For Those Who Resist: GITMO on the Potomac

But if non-elites get uppity, and try acting like citizens? Then the velvet gloves come off and you’ll face the iron fist. Virtually nobody got busted for looting in a dozen U.S. cities, killing a dozen Americans and causing $2 billion dollars in damage. However, the protestors on January 6 who suspected vote fraud? They face an ongoing crackdown modeled on our War on Terror. Dozens still languish in solitary confinement, denied bail, based on secret evidence, in GITMO on the Potomac.

Remember the media’s hissy fits about illegal immigrants being temporarily separated from the children they’d brought along? That Obama-era policy was an effort to crack down on child-smuggling that fed into the sex industry. But once Trump took it over, the left refashioned it as a crime against humanity. Joe Biden is considering paying millions in “reparations” to people who dragged their kids through the desert — the kind of abusive parenting that loses U.S. citizens legal custody of their children.

But the January 6 protestors are languishing in filthy, unsafe conditions, according to a report by two U.S. members of Congress, the indispensable Reps. Marjorie Taylor-Greene and Louie Gohmert. They fought like wildcats to get access to this political prison, and barely managed to — despite being U.S. congressmen. And they titled their report “Unusually Cruel.” I encourage all of you with strong stomachs to read it. As you do, keep a few images in your mind: