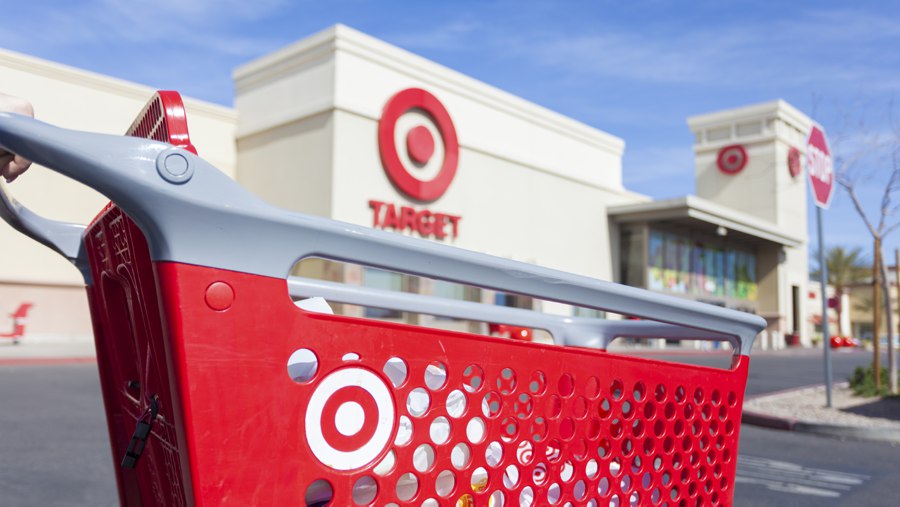 Robert Kuykendall, Director of Communications for 2ndVote, emphasized that #AnywhereButTARGET is not a “boycott” campaign, but focused on “informing, educating and motivating conservative consumers to engage Target on policy and make the shopping decisions that align with their values.”

“Target is carrying the water for the liberal LGBT agenda that wants to undermine religious liberty protections for business owners, people of faith, and religious institutions,” Kuykendall told The Stream.

“We want Conservatives to know that they have alternative choices for their Christmas shopping and to use the power of their shopping dollars to show Target that they don’t want to those dollars used to fund a radical political agenda,” Kuykendall added.

Target disclosed in an April 2016 blog post its dedication to “inclusivity,” stating, “We welcome transgender team members and guests to use the restroom or fitting room facility that corresponds with their gender identity.” This means that biological males are free to use the same restroom as biological females, simply by stating that they identify as a female. Some fear that men with malicious intentions could easily take advantage of these kinds of policies to sexually assault women and girls.

Target’s blog post was met with a backlash from Conservative shoppers — less than 10 days later, over 700,000 people had signed the American Family Association’s (AFA) pledge to boycott the company. The AFA’s pledge now has more than 1 million names.

As The Stream reported in August, Target announced four months after its initial blog post that it was spending $20 million to add single-stall restrooms to all of its U.S. locations, even though most already had them. The announcement followed a second-quarter dip in shopper traffic — the first since 2014, Fortune reported. Target claimed that other factors contributed to the drop, but the company’s chief financial officer Cathy Smith admitted “it’s clear that some of our guests like and some dislike our inclusive bathroom policy.”

According to 2ndVote’s Monday press release, major retailers like Target expect to bring in over 30 percent of their annual revenue around the holidays.

But more important than avoiding Target this holiday season is making sure the company knows why, he said.

“Conservatives can send a message by doing their Christmas shopping elsewhere, but, more importantly, they need to tell Target why they are doing business with alternative retailers.”

“Engagement, whether on social media, or in person, is the key to getting companies out of the culture wars,” Kuykendall told The Stream. “We want conservatives to be informed on Target’s positions, so that they can engage Target on their policies, and ultimately make the shopping decision that reflects their values.”

Even though Target has taken steps to ensure that every location as a single-stall restroom that locks, 2ndVote maintains that the company’s allegedly inclusive policy is “dangerous.”

“Target signaled support for and solidarity with radical efforts fighting HB.2, the legislation that introduced common sense safety measures in North Carolina after the City of Charlotte tried to force businesses to allow anyone to use restroom and other facilities on the basis of gender identity rather than biological sex,” Kuykendall said.

Founded in 2013, 2ndVote encourages conservatives to take action with their second vote — their wallet.

“Whether you know it or not, you’re casting a vote every day and making a difference, sometimes in support of causes and issues that you would never support on your own,” the organization’s website states.

2ndVote gives Target a company score of 1.4, delving into the corporation’s stance related to each issue here.

According to OpenSecrets.org, website of the nonpartisan Center for Responsive Politics, Democratic presidential nominee Hillary Clinton was the top recipient of financial donations from Target affiliates. 2016 was the first year, however, that Target Corporation-affiliated contributions to Democrats exceeded contributions to Republicans, though not by much; Democrats received $290,152, and Republicans received $280,688.

A previous version of this story included the wrong set of numbers from OpenSecrets.org, citing financial contributions to congressional candidates only, rather than total contributions to each party. The story has been updated to reflect the correct numbers.

Will Any Pro-Life Senator Have the Courage to Stop the US From Becoming a Global Abortion and LGBT Machine?