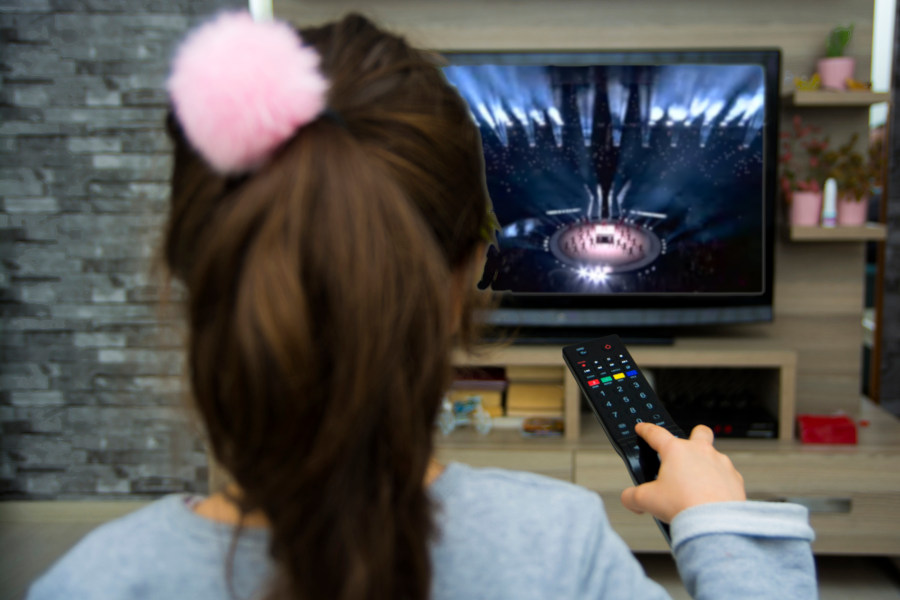 Dallas, TX, Feb. 3, 2030: America is in a tizzy over last night’s half-time extravaganza at the Superbowl in Miami. Pundits left and right, religious and secular, are arguing over the details of who showed too much skin, whose gestures were too explicit, and just how age appropriate the show was for viewers and performers alike. Rather than bloviate myself (I’m getting a bit old to play the scold), I thought I’d just excerpt remarks that appeared on various media.

Of course, most commentary appeared live in real-time, via the newest social media app Google Brain. Social critics still question whether it’s actually healthy for social media posts to arrive as voice messages, directly to the brain’s auditory center. Some worry that soon gBrain users won’t be able to distinguish such voices from those of friends and family actually present, speaking into their ears.

But safe or not, here gBrain is, with almost a billion users. What I’ve done for this old-timey medium is use the transcription algorithm, so what pundits said over gBrain appears here as written text. You know, for the old folks like me who still prefer it that way!

Did these adolescents have to be virtually nude, apart from gold chains they used to pull a jewel-encrusted chariot, holding the “goddess”?

Former President Buttigieg: Was it Exploitative?

The biggest critic of last night’s lavish performance, unsurprisingly, was former President Pete Buttigieg. While the Democratic party has mostly left behind his brand of social conservatism (one man plus one man, for life), to some he’s still a beloved figure. His post-presidential career as a televangelist, and Presiding Bishop of the more traditional wing of the Patriotic Church, has resonated with many. (Of course, he still swats off critics from some of the small, bootleg “churches” stripped of their legal status in 2025 for clinging to homophobic restrictions.)

BUTTIGIEG: This was a very professional show. I have the highest respect for the choreographers, musicians, and the dancers. That final tango between Lady Velveeta Shabazz and Chaquita Banana was probably the most poignant drag queen dance number ever televised. Like Fred Astair and Ginger Rogers. All the “ladies” were supple, flexible, and passable. If I may use that old-fashioned word without offending.

But I have to question the opening number. Was it tasteful? Did it respect the performers? The audience? I recognize that trans youth have the right to be seen, and to showcase their talents. But was the way to do that really to stage an “Extravaganza of Eunuchs,” presided over by priests of Cybele? Did these adolescents have to be virtually nude, apart from gold chains they used to pull a jewel-encrusted chariot, holding the “goddess”? Do we need to play into the transphobic stereotypes and ageism still wielded by some extremists?

And nothing anyone says will make me comfortable with that “May/December” number, that featured the Emperor Tiberius in his pool at Capri, serviced by “little fishes.” Some of those girls and boys were only ten years old! I’m nobody’s pedophobe, but that looked to me like … exploitation.

At the other end of the religious spectrum was Rev. Jane Martin, S.J., Superior General of the Jesuit order, who welcomed the performance.

MARTIN: It was beautiful. It made me feel … young again. Can I say that? To see all those ripped people glorying in their creation, accepting themselves as fearfully and wonderfully made. Positively wallowing in it, in fact! For once, a Superbowl show presented every color in the rainbow, every age preference or shading of gender, every mode of expressing and enjoying life, and exchanging pleasure. And I thought the historical references to ancient religions were tasteful, if a tad inaccurate. It was only adult priests of Cybele who removed their genitalia, as part of an ecstatic ceremony. So presenting post-op trans-youths as sacred eunuchs … they got that bit wrong.

But wow could those trans-kids dance! And of course, I’m a sucker for ancient Rome — did you know that I did part of my studies there? But back then they called me “Father” and “James.” It was that long ago.

I give this show five stars, really. I just can’t wait to see how they’re going to top it next year.

AL BAQR: I am of two minds about this show. On the one hand, of course we don’t want the heavy hand of government stifling individual self-expression. State restrictions on lifestyle preferences can only harm our economy by introducing inefficiencies. That’s the last thing we need, if we’re going to come up with our next payment of war reparations to our friends in China.

But such restrictions are also un-American. As Justice Kennedy reminded us in 1992, this country was founded to maximize the absolute freedom each one of us has to explore the “mystery of existence.” That was reaffirmed, of course, just last year, in the landmark decision Ho v. Shade. As an American, I was very moved by Chief Justice Ilhan Omar’s majority opinion. Peace to my sister Ilhan.

Now, as a religious believer? I found this display of filthy, haram perversion profoundly sickening. If I allowed my daughters or wives to watch television, I’d be outraged that they might come across it. This is precisely the level of madness which possesses people who rebel against the One God and his Shariah. That is the only law for the whole human race, as you infidels will come to see, inshallah, before the Madhi comes to usher in the final judgment, and cast you all into hell. A very bad place. You should try to avoid it. It would be better for you!

So, again, I’m of two minds. Good for America in this life, very bad for Americans in the next one.

John Zmirak is a Senior Editor of The Stream, and author of the new Politically Incorrect Guide to Catholicism.