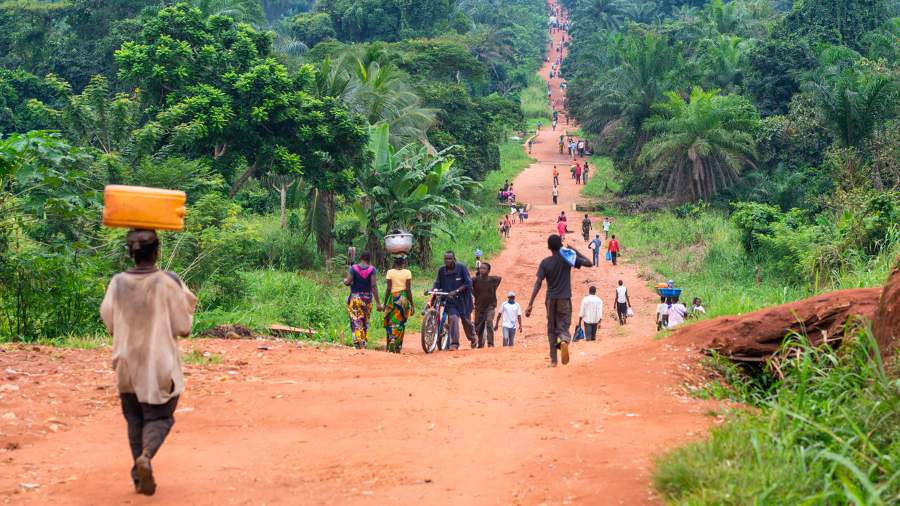 Through the prophet Jeremiah, God instructed Jews in exile to “seek the welfare of the city where I have sent you into exile.” He told them to “pray to the LORD on its behalf.” Then He added this promise: “for in its welfare you will find your welfare” (Jeremiah 29:7).

Christians’ physical wellbeing is linked to their non-Christian neighbors’. So, our concern for helping the poor around the world shouldn’t stop with Christians. Neither should it stop with emergency relief following a disaster. Or charitable aid where poverty is endemic.

Instead, we should seek economic development for whole societies. We should seek to remove obstacles. Here I want to address two: poor governance and lack of abundant, affordable, reliable energy.

Poor governance brings unrest, disorder and violence. All of these hinder the conquest of poverty.

Western politicians should promote Congo’s development, not hinder it.

Abundant, affordable, reliable energy is indispensable to lifting and keeping any society out of poverty. Why? Because we use energy in everything we do. Food, clothing, shelter, transportation, communication, education, health care — you name it, making it takes energy. Lack of energy cripples economies. And Christians in Africa, and their non-Christian neighbors, face an acute shortage of energy.

Take the Democratic Republic of Congo as an example. Africa’s second largest country, its area equals all of Western Europe combined.

Three out of four Congolese are Christians. Most are poor. Their plight is tied directly to the country’s. Congo is 175th out of 189 countries on the Human Development Index. More than 70% of Congolese are poor. Current projections estimate that 60% will still be in 2030. Nearly half the children are malnourished. So, solving Congo’s poverty is crucial to solving its Christians’ poverty.

Among many key indicators of economic well-being, peace and energy access are critical. Many in the West take them for granted. But they are sadly lacking in Congo.

A Land of Wars

​Over the years, Congo has become infamous for internal wars. Many factions fight for the country’s mineral wealth. Recent violence alone has displaced around 4.5 million people, the most for any country in Africa.

Congo’s violence dates from the 1870s, when King Leopold II of Belgium invaded. “[M]illions of Congolese are said to have been killed” during his rule. Deadly violence remained the norm through the 1950s.

The first sign of a turnaround came in 1994. Mobutu appointed a free-market advocate, Joseph Kabila, as prime minister. However, internal wars, rebel attacks, U.N. interventions and frequent elections continued. Recently, in response to violence in eastern Congo, the army killed rebel forces and took control of the region.

The Need for Energy

Clearly, improving governance in Congo is essential. But so is supplying energy for economic production. And there is hope for that.

Many modern cities in Congo are trade oriented. Mining is key.

Most of Congo’s solid mineral deposits are in the east and south. That region has vast deposits of many key minerals. Congo provides 80% of the world’s coltan (used in mobile devices) and half the cobalt (used in lithium-ion batteries).

Congo’s natural resources are estimated to be worth $24 trillion. A partnership with Dubai Ports World to upgrade its port will make export more profitable. And that includes fossil fuels.

Environmentalists and climate-change activists won’t be happy about it, but energy from fossil fuels is Congo’s best option.

During the last ten years, oil exploration and production have grown. This could be a game changer. Congo is estimated to have around 5 billion barrels of oil. It currently produces 25,000 barrels per day. In January, it approved 19 new oil blocks for auction.

Congo also plans to increase use of its coal reserves. The International Energy Agency projects that global coal demand will increase continuously through 2040. That will benefit Congo if it can export coal.

To progress, Congo must become more industrialized. For that, it needs a strong energy sector. Environmentalists and climate-change activists won’t be happy about it, but energy from fossil fuels is Congo’s best option.

But that energy must be delivered, mainly in the form of electricity. Today just 15% of Congolese have access to electricity. That limits growth.

What Can You Do?

Congo’s path is uncertain. The key is to achieve and sustain long-lasting political stability with abundant energy to woo investments.

Western politicians should promote Congo’s development, not hinder it. But by resisting fossil fuel use to curb global warming — a far smaller risk to the Congolese than poverty — they do hinder it. Christians, concerned for our suffering brothers and sisters, should help them understand this.

Vijay Jayaraj (M.Sc., Environmental Science, University of East Anglia, England), is a Research Contributor for the Cornwall Alliance for the Stewardship of Creation and resides in Bengaluru, India.

Death by Starvation or Death by COVID-19