Mincaye killed Nate Saint and his four friends many years ago. But he found Christ and forgiveness from those he hurt most. 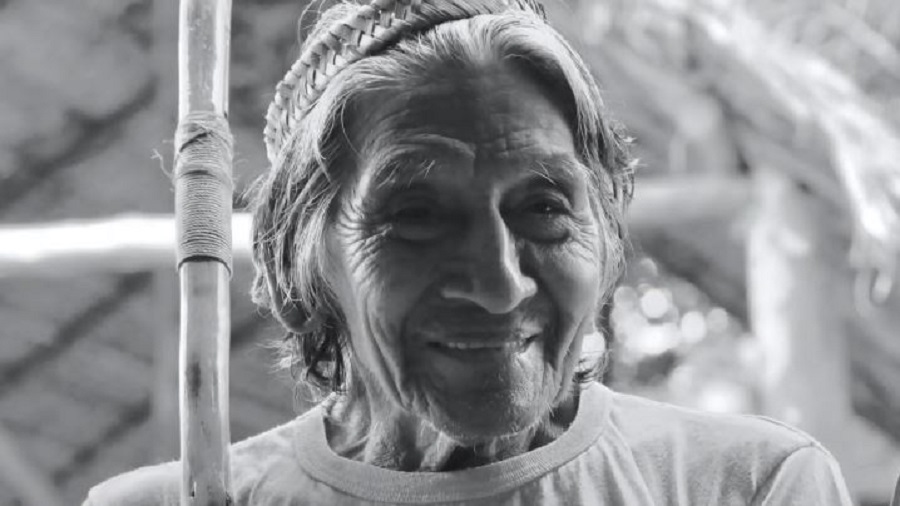 Steve Saint was 5 years old when someone killed his father. He was 9 when he found out who.

In 1956, a Waodani warrior named Mincaye and other tribesmen killed five missionaries who had travelled into the Ecuadorian jungle to bring them the Gospel. They included Nate Saint, Steve’s father, and Jim Elliot.

Mincaye died last week a Christian. Those he hurt most had forgiven him. Including the man he’d robbed of a father.

In 1956, Nate Saint and his four friends made contact with the Waodani tribe. The young men and their families were missionaries. When they stood on the beach near the tribe’s village, the warriors speared them to death. The missionaries’ families kept praying for the Waodani people. They forgave them, Steve told The Stream. The story was memorialized in Elisabeth Elliot’s book Through Gates of Splendor. She was Jim Elliot’s widow.

The most common question Steve gets asked is how he could forgive the men who killed his father. “The honest truth is I never [had to]. But it was because after my dad was killed, every night when we got together for family devotions, which my mom carried on every night, she would pray for them.” The wives of the missionaries didn’t hold killing their husbands against the tribe. He learned by their example.

Two years later, Steve’s aunt Rachel went to live with the Waodanis to share the Gospel with them. By the time he went to visit her, Steve believed the Waodanis were the most special people in the world. He spent summers with them, beginning when he was 10.

After some time, Mincaye became like a father to Steve. One day Mincaye went to Rachel’s house. He was very upset. He asked Rachel what was wrong with Steve, because he didn’t know how to shoot a blow gun, throw a spear, track animals, spear fish, climb a tree with a vine or whittle darts. Mincaye thought Steve was ignorant. Rachel reminded Mincaye that he had speared Steve’s father. Then she asked him, “Who do you say should teach him to live?” Rachel meant that he needed to be taught the skills he needed to live in the jungle. Mincaye left upset, but came back and agreed with Rachel. “It’s true, having spirit killed Babae’s father (Babae was Steve’s tribal name), I myself will teach him to live.”

From then on, Steve considered Mincaye as his adopted father. And when he was 14, two others of the warriors who’d killed his father baptized him in the river near their village.

One night Mincaye went to Rachel’s hut. He wanted to know if the Creator was strong. Rachel assured him that God was strong. Mincaye asked if God could clean his heart and show him “His good trail.” Rachel said yes. The next day, Mincaye came back to Rachel. “You told me the truth,” he said. “You said it truly. He has cleaned my heart. Now I’m beginning to see His trail.”

Rachel, along with the other widows, taught forgiveness by example. Steve explained: “You know the old saying, ‘hurt people hurt people’? I think there’s a corollary to that. People who have been forgiven great abuses tend to find it easy to forgive. The Bible tells us that we’re all sinners and fall far short of the glory of God. But while we were still sinners, He loved us. And I think that’s why my mom and the other four widows and my aunt loved the Waodanis.”

When Steve was an adult, Mincaye traveled with him to America to share his testimony. Although churches worried he would freeze up speaking to their large crowds, it didn’t seem to bother him. In fact, as Steve introduced Mincaye one night, he fell asleep on the front row. When it was his time to speak, the pastor of the church woke him up. He woke up disoriented. He saw the big platform, but not the stairs. “So he just kind of ran up to the platform and rolled onto [it], then stood up. And of course the people roared with laughter and Mincaye just gave his huge smile and he had won them immediately.”

Steve added that Mincaye could do that with total strangers. “He could make people laugh just by telling stories that he thought were funny. Mincaye would laugh so much at his own stories that [he could] get a group laughing with not a clue what he was talking about.”

Steve was once interviewed by a USA Today journalist. The journalist could see how someone could forgive another person for murdering their father, but he couldn’t see how they could love that person. It seemed almost morbid. “The answer to why and how this could happen is really very simple,” Steve said. “It’s God’s grace and the power of His Word.”

Mincaye died at his home in Ecuador last Tuesday, April 28. He was between 88 and 91 years old.

For more on Steve Saint’s story, see his memoir End of the Spear, which was made into a movie with the same title. He also narrated the documentary Beyond Gates of Splendor about his father and the other men who were killed.