A Brighter Way to Live When Life Seems Hopeless

It takes effort to step out of despair and into hope. But it's worth it, and it's what God calls us to do. 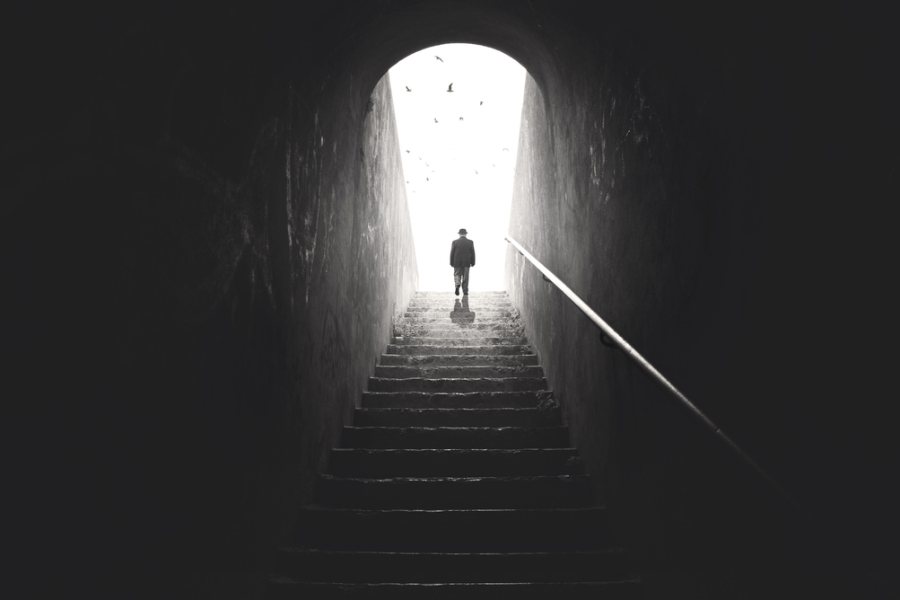 This has been a year of loss: lost freedoms, lost normalcy, lost expectations — lost loved ones. Such hard times are not new. And yet each time life gets hard, we face the same temptation — to fall into hopelessness. And we often do.

I know this to be true. Not as well as some, but better than some others. I’ve gone through seasons in which all the important things in life seemed to be going wrong — my marriage, my sense of purpose and direction, my walk with God. These seasons aren’t simply seasons of feeling down. They’re marked by the oppressive weight of believing there is no reason to hope because there’s no way things could get better.

We Know the Answer

We have the answer, the cure. Why don’t we take advantage of it?

Because it can be more comfortable to sit in our hopelessness. We don’t want to risk hoping because we don’t want to be disappointed. And we enjoy the emotions hopelessness brings — like sadness and even rage — because they give us something to cling to. There’s no complicated reason for this. It’s a lack of faith.

Hebrews 11:1 tells us that “faith is the assurance of things hoped for, the conviction of things not seen.” And therein lies the difficulty.

When we experience tough seasons, the pain is tangible. We see the loss — often because there are certain things we suddenly don’t see. It’s not as if anyone wants to go around feeling hopeless. But there is a certain security in the fact that we can easily point to the reason for feeling that way. All it takes is a vague gesture at everything around us. See? The pandemic, the election, my personal struggles, my enemies out to get me?

An Effort Worth Making

Turning to hope is harder.

First of all, it takes movement. We have to step out of our despondency and that requires effort. Then we have to focus not our eyes, but our hearts and minds on what we can’t see. We’re told to be ready with an answer for the hope that we have, but it’s easier to explain why we should feel hopeless than why God says we should have hope, especially to a world that might not even believe in God.

Sometimes, stepping out in faith toward hope is hard. But living with hope makes our burdens so much easier to bear.

In my own life, I haven’t wanted to make the effort of believing God would direct my path after series of slammed doors on what I thought was my calling. Early in my marriage, I stopped trying to break the routine of every conversation turning into an argument; believing we could ever mature seemed too unrealistic. At different times, I’ve let my Bible collect dust because the longer I wallow in a season of spiritual dryness, the less likely it seems that God will renew my spirit. In each of these instances, I was wrong — and I was conforming to worldly patterns of thinking.

But we’re not to be conformed to the world, to let our attitudes changed based on the temporal tides of earthly happenings, or even personal happenings. We are called to be transformed. We’re called to hope in the God that doesn’t change, even though we may roll about on seas of doubt.

Hope is active. It has to be intentional before it ever becomes a habit. It’s something we have to pursue with perseverance when life pushes us in the opposite direction.

That’s where faith comes in — “the conviction of things not seen.” And that’s where the active part comes in. You can’t be convinced of an argument you never hear. How will we remain convicted of truth when we sit in lies — however comfortable they are, however much sense they seem to make? That’s why transformation requires renewing our mind with God’s truth.

Sometimes stepping out in faith toward hope is hard. But living with hope makes our burdens so much easier to bear.

“My yoke is easy and my burden is light,” says our Savior. This is his gift to us — no matter our circumstances, or our nation’s, or the world’s.