Wake Up Church: Disappointing Debate Demands the Response of Christians 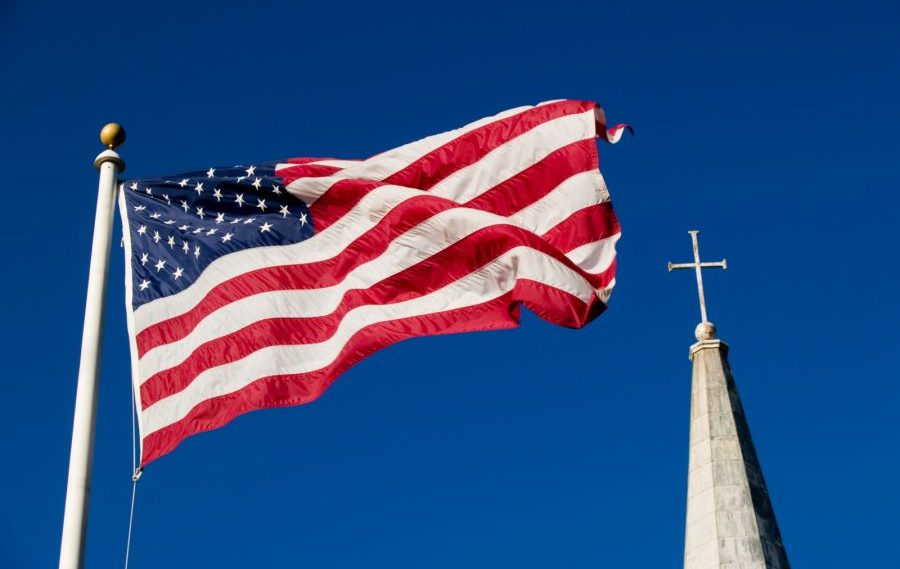 Deacon Keith Fournier argues that Monday's debate lacked adequate discussion of four American fundamentals that will impact our families and our freedom, making it clear that it's time for the Church to act.

In an hour and a half of barbs, bluster and blarney, very little substance emerged in what took place on Monday night, September 26, 2016. The two nominees for the Presidency of the United States took the stage in the most watched political debate in American history. For many observers, this writer included among them, it was a night which fueled deep disappointment. I had high hopes. I prayed for so much more. After all, at 61 years old, I am convinced that this is the most consequential election of my lifetime.

I can hear the response to that last claim, even as I write this article. “Everyone says that, every four years.” But, this time, it is undeniable. I will touch upon four fundamentals of the American experiment in ordered liberty to make my point.

The next President of the United States will name four Justices to the United States Supreme Court. I have been to that Court as co-counsel in cases of great constitutional significance. There is little doubt that the consequences of those appointments will determine whether the scourge of killing innocent children in the womb under the subterfuge of a court manufactured, counterfeit “right” to abort the innocent will continue — or be jettisoned to the dust heap of atrocities allowed by past regimes gone astray. One candidate affirms the Right to Life of children, the other denies it.

The fundamental right to religious freedom also hangs in the balance. Not only at the Court, but in Congress. One candidate promises to set the Church and religious speakers free in the way consistent with what the framers of the Bill of Rights intended and the Natural Law requires. That candidate affirms that the Church and individual believers have a right to be free to live their faith beyond the four walls of their church buildings and offer the values informed by that faith to serve the common good. That candidate recognizes that these values have a vital role in both the marketplace and the public square.

The other candidate ascribes to the secularist ideological error that believers should bend the knee to Caesar and be content to worship within the confines of their buildings. Their citizenship requires that they comply and consent to the dictates of the new secularist order outside, or face the brunt of State censorship and exclusion. In effect, that candidate seeks to refashion the Church into an extension of the civil regime.

The use of the term free exercise of religion rather than freedom of worship in the First Amendment to the Bill of Rights was no accident of rhetoric or insertion of flowery language into this vital charter of rights. It expressed robust respect for the Right to religious freedom and the proper mediating role of for the Church in the civil order, while protecting her proper jurisdiction. It rejected coercion by the State in religious affairs and secured long standing influence of the Jewish and Christian vision of the human person, the family and the social order in the American experiment in ordered liberty.

Western civilization has embraced the truth that the values informed by faith serve the common good. And, that those values are a unique contribution of the Church. The American polity once respected the mediating role of the Church. Such recognition and respect set believers free to, by both proclamation and participation, knead those values into the loaf of the social order helping to elevate our life together. Those values also ensured that that the exercise of freedom is watered by the springs of virtue and directed by the lights of objective truth, natural law and morality. Now, they are being turned into an object of derision and labeled as bigotry.

Building blocks of the American polity, such as limited government, federalism, and representative democracy, literally hang in the balance in this election. One candidate will protect the American understanding of the proper role of mediating institutions in governance. The other favors a statist framework which pushes an increasingly bloated federal bureaucracy which openly interferes with governance from the heart of the home to the halls of local legislatures.

Finally, the very meaning of education is at risk. One candidate is committed to federalizing education, turning classrooms into laboratories of social experimentation and replacing teaching with propaganda. That approach undermines the authority of parents and the local community. The other candidate supports educational reform from the bottom up through school choice, reaffirming parents as the first teachers of their children, empowering them to take the primary role in choosing the schools to which they send their children and recognizing their proper role in forming children in the values necessary for the future. That candidate supports the right of parents and the local community to frame curriculum.

A Call to Action

Sadly, none of these four vital differences between the candidates was discussed in that debate last night. I know, much of what I have addressed was not included in the topics set forth for the evening. Well, who made Lester Holt the arbiter of what the American people would hear from these candidates? Who appointed him as the third debater, empowering him to assert his own opinions throughout? Who decided that this was not going to be a debate at all, but a slugfest of tired allegations and irrelevant gossip which was more suited for tabloid journalism than free and reasoned political discourse. Wake Up Church! This disappointing debate invites the Prayer and Action of Christians.