The voter's pro-life question prompted lots of boos from the audience. 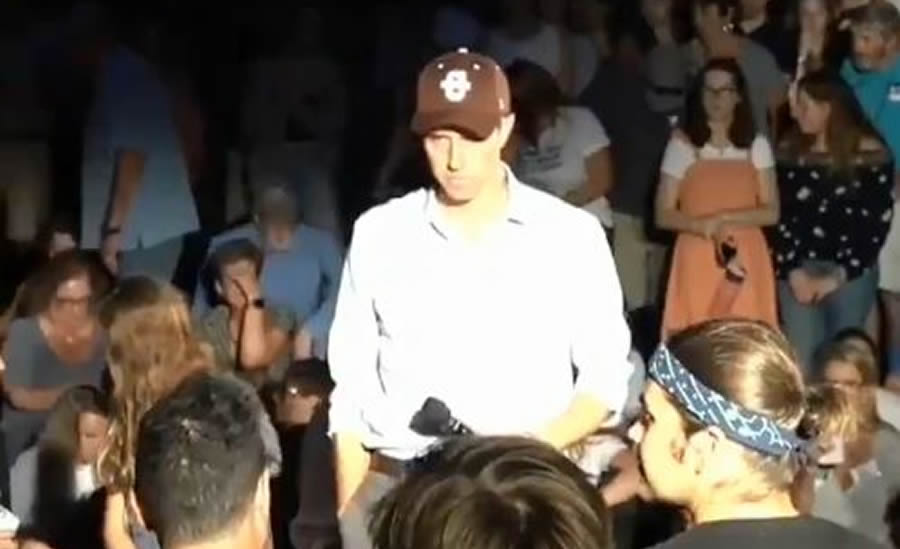 A man at the College of Charleston in South Carolina had a question for Beto O’Rourke Monday night. The question got right to the beating heart of O’Rourke’s extreme position in third-trimester abortions.

“I was born September 8th, 1989, and I want to know if you think on September 7, 1989, my life had no value.” The pro-life question prompted many boos from the audience.

“Of course I don’t think that,” O’Rourke replied, “Of course I’m glad you’re here.” Then came the “but” which made his initial sentiments mute. As Breitbart reports, Beto quickly declared that only a woman could decide up to the day of birth whether her baby lived or died. (In other words, whether a child has value.) “This is a decision that neither you, nor I, nor the United States government should be making,” said O’Rourke. “That’s a decision for the woman to make.”

O’Rourke went on to say that the “attack on Roe v. Wade” made it hard for abortionists to do their job and “it has made us one of the epicenters of this maternal mortality crisis. … [W]e are losing the lives of women in our state as a result.”

Man at #Beto2020 rally: Did my life have value the day before I was born?@BetoORourke: Yes, but… “That’s a decision for the woman to make.”

A Christian Professor Claims That Jesus Would Support Abortion