The Virtue of Social Justice: An Interview with Michael Novak

You’ve seen them before. From the college square to the halls of congress — self-proclaimed “social justice warriors” who are “ready to fight” for, well, something. But if you ever ask one of these Combatants for the Cause, “Hey, so just what is social justice?” you’re likely to get a response containing some piecemeal combination of issues ranging from workers comp and distribution of wealth to climate change and same-sex marriage rights.

For all it’s use as a rallying cry, rarely does anyone bother to define or explain what they mean when invoking social justice in their advocacy-du-jour. 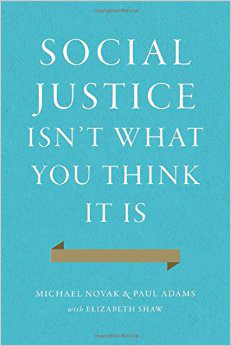 In their new book Social Justice Isn’t What You Think it Is, philosopher and theologian Michael Novak, along with co-author Paul Adams, provide a straight answer to that question.  The Stream editors have long admired the work of Novak, and so we were delighted to have the chance to ask Novak ourselves, along with a few other questions:

Stream:  Is social justice just a euphemism for left-wing politics?

Michael Novak: Let me turn that question back on your readers: when you hear or read the words “social justice,” to what use is it most often being put today? In his slim volume The Mirage of Social Justice, Friedrich Hayek noted that in his day most appeals to social justice were demands on the state to start more programs and spend more money. 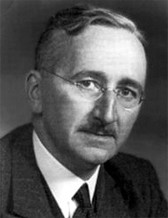 Stream: Why did Friedrich Hayek call social justice a mirage?

Novak: Because most people describe social justice as campaigns for more government programs and more spending by the state. But in the Catholic tradition, for many centuries, justice has been defined as a habit or inclination of persons. Well, he asked, is social justice a state program, rooted in political power, or is it a habit located in individual human persons?

Stream: Okay, so what is social justice?

Novak: Reading the whole body of Catholic social doctrine, Paul Adams (a professor in the field of social work, a practical discipline) and I do something almost no other book on social justice does: give a clear definition of the term. The Catholic tradition has always explained justice as a virtue, and even linked the new term social justice to the category of virtue. The term social justice began to enter Catholic social thought in about 1832, then was alluded to and called for by Leo XIII in Rerum Novarum in 1891, and more fully described by Pius XI in 1931. So it is a quite new term.

Paul and I argue that this new virtue needed a new name for two reasons: it is a habit that empowers individuals to act as social and political animals, that is, to form associations and become activists who work not alone but with others, and thus it is properly called a “social virtue.” At the same time, the social virtue is also aimed beyond the individual, and even the family, and toward the common good of neighborhood, town, city, nation, or even the international arena (e.g., the Red Cross). Thus social justice is “social” in two senses. Pope Leo XIII has been named “the Pope of associations.” What he most feared was the huge growing power of the state, and he was searching for a social form that would not leave individuals naked and alone before the state.

Stream: How does social justice fit into the larger body of the social teachings of the Church?

Novak: In the papal letters from Leo XIII through Francis, plus the documents of the Second Vatican Council, sixteen different principles of Catholic social thought have been stressed. Of these, social justice is but one. Some of the others, for example, are the universal destination of all created goods, the common good, the solidarity of all humans, the universal right to private economic initiative, and the right of every people or nation to its own identity and integrity.

Stream: The majority of the book was written in advance of the Francis papacy, whom many have applauded as a champion of the causes normally associated with the term “social justice.” Does Pope Francis know what social justice is? How do his writings and actions reflected the virtue of social justice as you describe it?

Novak: When Pope John Paul II was elected to the papacy, his experience in political and social matters was mostly limited to that of Poland. Year by year into his papacy, he learned how differently things looked in other nations in other parts of the world. He learned the difference between being an archbishop in one locality and becoming a universal pastor. A profound social thinker himself, he gradually developed a new vocabulary for illuminating the new social possibilities of our time.

Pope Francis seems to be following the same trajectory. Year by year, his wisdom seems to grow. On a great many matters, he is in alignment with the principles of St. John Paul II and Pope Benedict XVI. Gradually he has been adjusting his language to realities, especially economic realities outside his lifetime experience in Argentina. For example, at first he often said “the poor always get poorer,” but slowly he is becoming aware that in many advanced countries, people who were poor only two or three generations ago are no longer poor. There is a fact described as “upward mobility.” It happens faster and more securely in economies based on initiative, creativity, invention, and discovery. Such economies highly value human capital over material capital, because only humans invent and create.

Stream: St. Thomas Aquinas described two different elements of justice: commutative justice, which deals with the mutual dealings between parties; and distributive justice, which addresses how the community as a whole relates justly with the individuals. What relationship does social justice have with these other notions of justice?

Novak: This question is too complicated for a brief answer. In defining distributive justice, St. Thomas uses the expression “the community as a whole.” Many post-socialist writers immediately mention the state, but distribution solely by the state causes a whole range of social maladies. Leo XIII feared the growing power of the state, and gave thirteen reasons why socialism must and would fail. He was trying to elicit a new virtue, for a new time, a virtue that would empower social movements and associations of persons to fulfill their own social needs by other social actors besides the state.

Stream: What do you say to those who tend to self-identify as either “social justice Christians” or “pro-life Christians” – as if they are mutually exclusive? Are life and marriage issues part of social justice?

Novak: My co-author Paul Adams is especially good on these matters in his chapters on marriage and family as social justice issues, and also on the relations between justice and caritas. Paul is a wonderfully clear thinker, and a highly regarded master in the field of social work. He knows very well what best works to improve the social life of human communities, particularly in the powerhouses of marriage and family.

Stream: What would you say to someone who wants to start cultivating the virtue of social justice in their own life today?

Novak: The best part about the call to social justice is that it is nonpartisan. The activists who build labor unions practice it, and so do associations of teachers and professors. It is not always easy to discern in practice exactly what will work best in improving the common good. Here, progressives and traditionalists, liberals and conservatives, right and left, often present competing visions. But public debate about rival visions is both healthy and necessary. One problem in America, particularly in the mainstream media, is that both sides are not often given a fair and open place for arguing face to face for their different visions. For example, I have never heard those in favor of abortion and those who find it an horrific abuse given a chance to present their views side by side and calmly. Both sides have good reasons for their positions, but I have never seen these presented in open public dialogue. Have you?