Would Virginia Governor Northam Have Whipped Uncle Tom to Death? 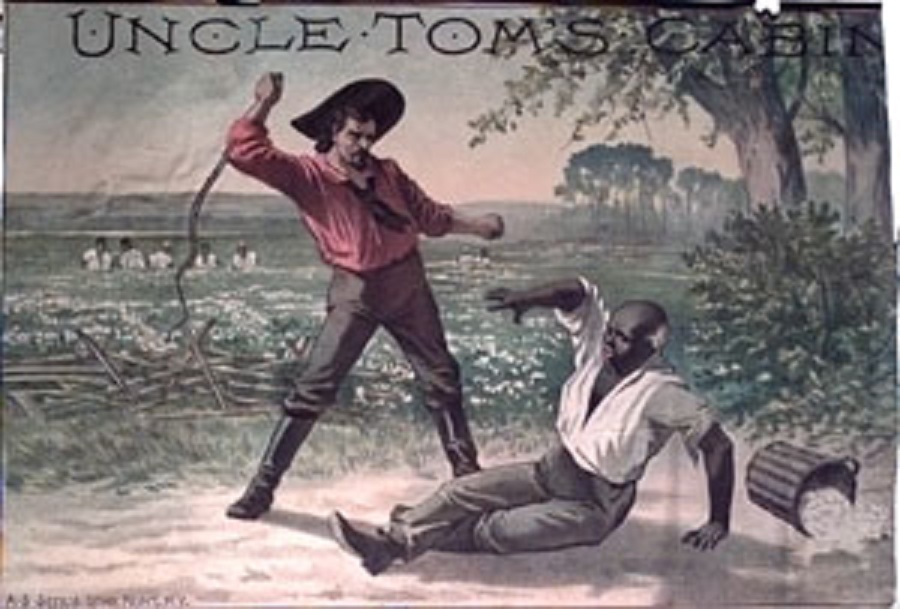 Virginia Governor Ralph Northam may someday win an unwanted award from pro-lifers, for helping us win our war.

When Harriet Beecher Stowe published Uncle Tom’s Cabin, she changed the game for those who would free the slaves in America. Before her masterfully moving novel, debates about slavery might center on different readings of the Book of Genesis. Or disputes over whether industrial workers in factories might in some ways be worse off than slaves, who at least were valuable “property.”

After her novel, which showed the real-life cruelties that slavery as an institution allowed, such conversations changed. Instead, advocates of slavery fell back on the defensive. They had to take part in dialogues much like this one:

“Mrs. Stowe’s sentimental fiction distorts the reality of our Peculiar Institution. Very few masters or their employees whip their elderly slaves to death.”

To which an abolitionist might answer, “But there’s no legal provision against it in some states, is there? And little record of any white man being prosecuted for murdering his slave?”

“Well, no. But it stands to reason, no one wants to damage his own property. …”

“Even when he is old and no longer productive?”

“You’re slandering Southerners! Accusing us of being inhumane, pagan monsters, who cannot be trusted with crucial choices.”

Their Own Demons Drive them Like Swine Over the Cliff

That’s in part how the tide turned against slavery. Another crucial part? The rush to extremist positions on the part of the slave-owning elites in the South. They saw their clout in Congress inexorably diminishing. After Lincoln won the White House without a single Southern electoral vote, they saw the writing on the wall. Free states would come to dominate the nation — with the backing of many white workers who had little use for black people, but resented the downward pressure of slaves on their own wages.

So the slaveowners panicked. Their terror drove them to rashness, to push one state after another into secession from the Union, despite the massive industrial imbalance between the regions. It was only the tragic genius of generals like Stonewall Jackson and Robert E. Lee that prolonged the Civil War, and ensured it proved our bloodiest.

Their fear that slavery might someday vanish drove Southern elites to destroy themselves. To embrace extreme measures and radical positions — just as pro-abortionists have been doing in recent weeks.

“The Infant Would Be Kept Comfortable”

With his latest, shocking statement about late-term abortion, the pro-choice Governor Northam may well have accidentally done for unborn children what Stowe did for slaves. In fact he stepped up and cast himself as the Simon Legree of this story. (That’s the cruel overseer who murders Uncle Tom.) You’ve probably already seen this, but here are Northam’s words. (Keep in mind that he is himself a pediatric neurologist, so he knows what he is doing.) Northam defended a law that would have explicitly favored the following:

That’s right. You could abandon and leave to die babies who survived a late term abortion. If it’s what the “mother … desired.” Deflecting from the monstrousness of this, Northam suggested that only monsters would suffer this way, only newborns “where there may be severe deformities. ..” Have you got that?

Like mama birds dissatisfied with one of their newborn chicks, Virginia women would have the right to peck “defective” infants to death. Because letting the already-born, living kids be adopted by willing families might damage their “mental health.”

Abortion is not about escaping pregnancy, but motherhood. And much of what drives it, (ironically) is the desire to escape the guilt of surrendering a child for adoption. Why else support abortion when a baby is already viable? Or infanticide, once he’s been born? What possible reason is there?

The Real Reason for Abortion

And I think we see there exposed the hungry black hole at the heart of legal abortion. It’s not about women’s bodily autonomy. It’s not about their careers or social equality. (As if those things would be worth killing for anyway.) As I commented earlier:

Now in Virginia, the “mother’s health” includes the healthy certitude that her disabled infant was killed at birth, instead of adopted by someone who makes mom feel GUILTY. That’s “mental health,” you see.

Abortion is not about escaping pregnancy, but motherhood. And much of what drives it (ironically) is the desire to escape the guilt of surrendering a child for adoption. Why else support abortion when a baby is already viable? Or infanticide, once he’s been born? What possible reason is there?

Nor is Northam some outlier or extremist. He spoke in defense of a bill (now temporarily shelved) before the Virginia legislature, which would “allow unborn babies to be aborted for basically any reason up to birth, even up to the point when the mother is in labor.”

Ramesh Ponnuru explains at National Review that the Virginia bill, a similar bill in Rhode Island, and the newly passed New York State law, don’t change much de facto. In cold fact, abortion is legal in 50 states of the Union for 9 months of pregnancy, for any reason at all. But the pro-abortion lobby, fired up like the rest of the Left by the anti-Trump “resistance,” is rushing to expose its naked, monstrous self before all the world — like a flasher in a raincoat.

We shouldn’t cover their nakedness. No, we should point to it, as to the Emperor’s. We should ask some simple questions. If any actual journalists were covering Governor Northam, surely one of them would demand of him at his next press conference simply this:

Why should the infant be ‘kept comfortable,’ Governor? Isn’t just a mass a tissue, until the moment the mother acknowledges it and accepts it, by your law’s logic? Or is it some kind of animal, to whom we shouldn’t be cruel? Of what species is it?

At that point, they’d turn off the reporter’s mike, of course. To serve our conspiracy of silence.

No, it’s not common for women to have late-term abortions — though it’s much more widespread than you might think. As Ponnuru points out, more babies (13,000) die in third-trimester abortions than in gun homicides in America. You won’t hear about that from gun-control fanatics, though. Nor do most of those abortions have anything to do with threats to the mother’s physical health.

Nor even are most of those kids “severe deformities,” not that it would be okay to kill them if they were. In fact, Live Action documented that abortionists in America are perfectly happy to snuff out fully-developed babies because they turned out to be girls instead of boys.

What Northam, and New York Governor Cuomo, and Rhode Island Governor Raimondo, have done is to stand with the most extreme Southern slave-drivers and secessionists, and say, “It might not be common to whip your old slave to death. But some of them are so decrepit they have it coming, and it ought to be perfectly legal.”

We knew you believed the moral equivalent of that, pro-choicers. Thanks for admitting it.

Abortion in America Will End Badly, as Slavery Did