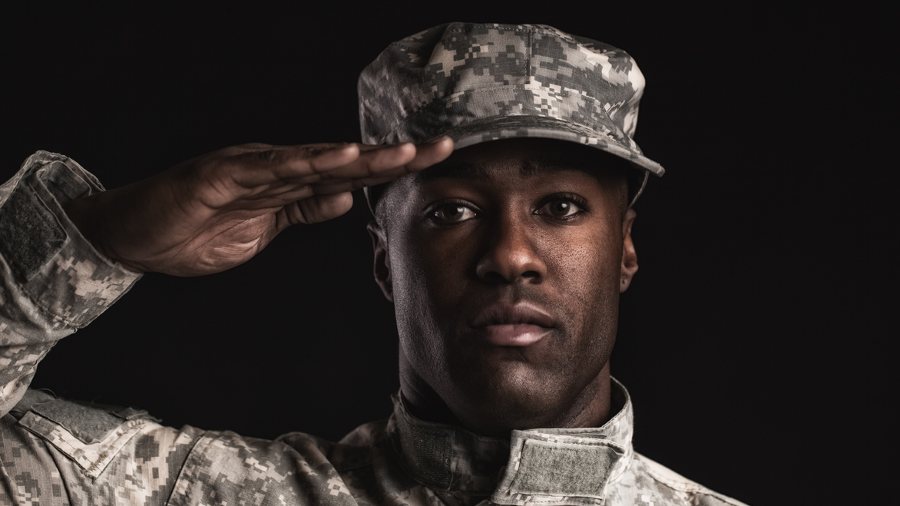 Our military is part of the rich, complex heritage we have as Americans. Today, we honor the roughly 18 million men and women who volunteered to serve on our nation’s behalf, fighting America’s battles to ensure her citizens remain safe and free.

The American Dream is Alive and Well

One of my personal military heroes, the late General Colin Powell, was laid to rest on Nov. 5. Gen. Powell was a lion of a man, a four-star general in the U.S. Army who rose through the military ranks the hard way. The son of Jamaican immigrants, he became one of the most legendary military figures in our nation’s history. He broke racial barriers in the military, served two tours in Vietnam, and became the first African American appointed to the position of Secretary of State and the only African American to serve on the Joint Chiefs of Staff.

He proved the American Dream is alive and well, and left a legacy that will endure for generations.

We must honor our military every day by standing up for the very documents this nation was founded upon, and on which the military bases its service.

While we have a long way to go in achieving full representation for people of color among the military leadership ranks, it is encouraging that the percentage of people of color in the service is steadily increasing. In 2004, only “36% of active duty military were black, Hispanic, Asian, or some other racial or ethnic group,” according to Pew Research Center. Thirteen years later, “the share of active duty military who were non-Hispanic white had fallen, while racial and ethnic minorities made up 43% — and within that group, blacks dropped from 51% in 2004 to 39% in 2017 just as the share of Hispanics rose from 25% to 36%.”

Historically, minority groups have lesser access to higher education. With this in mind, we see that military service has not only become a way for minority service members to express pride in their country, but it has also become a way to advance academically. Gen. Powell is a wonderful illustration of this principle. He rose through the ranks and became one of the most successful military leaders in our nation’s history, not by race-baiting, but by maintaining an unwavering commitment to this country. He did all he could to help our country prosper.

Division Threatens the Fabric of Our Democratic Republic

Gen. Powell’s legacy reminds us what a great nation we call home. Yet, according to a Pew Research poll, only 39% of Americans say they are proud of their country “most of the time.” Even more striking is that 50% say they are “often proud and often ashamed.” How did we get to this point?

Division threatens to shred the very fabric of our democratic republic. For example, woke progressives are trying to usurp the role of parents, telling our children that they are either inherently racist or victims of racism. This ideology keeps us from seeing the image of God in one another and is antithetical to the ideals expressed in our nation’s founding documents, for which countless brave men and women have shed their blood.

Right now, while school systems indoctrinate our children with racist ideologies, our military — which is disproportionately made up of minority service members — continues to protect and defend our rights as a sovereign nation.

We thank you, veterans, for your service. We thank you for your commitment to the ideals of this nation and the gifts of your personal sacrifice. We pledge to return that honor by standing for our rights at home and remembering all you have given to make America a great nation.

Rev. Dr. Samuel Rodriguez is president of the National Hispanic Christian Leadership Conference, executive producer of Breakthrough with 20th Century Fox and author of From Survive to Thrive: Live a Holy, Healed, Healthy, Happy, Humble, Hungry, and Honoring Life (Charisma House). CNN and FOX News have called him “the leader of the Hispanic Evangelical movement” and TIME magazine nominated him among the 100 most influential leaders in America.

The Speech I Wish Trump Would Give, Two Years Later