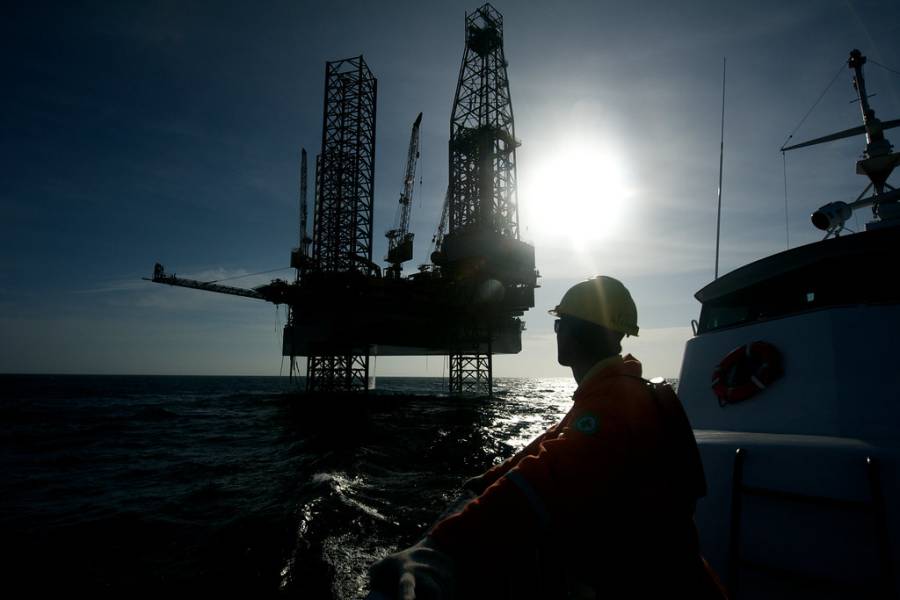 The thought of the world’s largest supply of recoverable oil falling into the hands of Russia and China is not a far flung idea. And with that, a fleet of warships docked on the coast of the Caribbean and the Gulf of Mexico, positioned to threaten the American national security. If America eventually surrenders its influence in Venezuela, this scenario could become reality.

As of now, Nicolas Maduro is the ruthless socialist dictator of a crumbling Venezuela. Desperate to maintain his grip on power, it is very likely he will cede control of Venezuela’s oil industry to the Russians and Chinese in exchange for the two countries doubling down on financially backing his country’s collapsing economy and his withering dictatorship.

President Trump has taken the right approach by enacting tough sanctions on the illegitimate Maduro government and has correctly thrown his administration’s support behind the opposition party leader, Juan Gauido. But improving the situation for the people of Venezuela is slow-going.

China and Russia continue to bankroll the Maduro regime to protect their investment in Venezuela’s massive oil reserves-the largest oil fields in the world. Russia is financially backing Maduro with debt-for-oil deals and military hardware. In return, Maduro has agreed to grant Russian warships access to Venezuelan ports, de facto naval outposts for Russian operations in the Western Hemisphere. Maduro and members of his government have also attended meetings with Vladimir Putin to bolster their ongoing relationship with Russia.

There is an estimated 300 to 500 billion barrels of recoverable oil in Venezuela with an estimated value well into the trillions. It makes little sense to allow a global energy asset to fall into the hands of Russia and China. If America’s energy industry is forced to vacate Venezuela, it leaves the fractured nation wide open to becoming a Russian or Chinese puppet state and much better positioned to be a serious threat to U.S. national security.

Trump Must Let U.S. Energy Companies to Continue to Operate

The Trump administration has so far permitted American energy operations to remain online — this should continue. The economic sanctions that President Trump imposed on the Maduro government are working and the president is right to collaborate with other nations in bringing an end to the Maduro regime. But America should not sacrifice a 100-year relationship with Venezuela’s energy industry, and forfeit access to the world’s largest oil fields as part of a plan to end Maduro’s corrupt regime.

Recently, the Trump administration has taken an important step and renewed another 90-day waiver allowing American energy companies permission to operate in Venezuela. If American energy activity ceases in Venezuela, those American assets could easily be seized by Maduro’s operatives and delivered right into the hands of the Russians or the Chinese. That doesn’t just include buildings, equipment and infrastructure that American companies spent decades developing, but the energy industry employees as well; people who rely on American investment to sustain their families.

If America’s energy industry is forced to leave Venezuela, its citizens may well be subjected to even harsher conditions and human rights violations at the hands of Russian or Chinese operators. Allowing America to maintain and strengthen its partnership with the Venezuelan energy industry presents a much more realistic path for Venezuela’s long-term economic recovery and prosperity for its people.

One fact is clear: Venezuela’s massive oil reserves are an important global energy asset and are vital to America’s energy security. Russia and China are doing everything they can to keep a disastrous dictator in power so they can gain access and eventual control of the oil. America cannot allow this looming threat to national security to advance.

If American energy companies vacate Venezuela and see their assets lost to the Russians and Chinese, our energy independence and our national security are needlessly jeopardized. It has become very clear that we must sustain our long-term presence in Venezuela. The Trump administration has shown it understand the stakes and should continue its strategic approach by allowing American energy companies to continue working in the country indefinitely. That approach will benefit American national security and help the people of Venezuela who are now in desperate need of help.

Ken Blackwell is a former U.S. Ambassador to the U.N. Human Rights Commission and serves on the advisory board of Donald J. Trump for President, Inc.