What’s the Goal of the VeggieTales Creator’s Video About Abortion?

The creator of Veggie Tales made a video that, in effect, makes the case against the importance of voting pro-life. 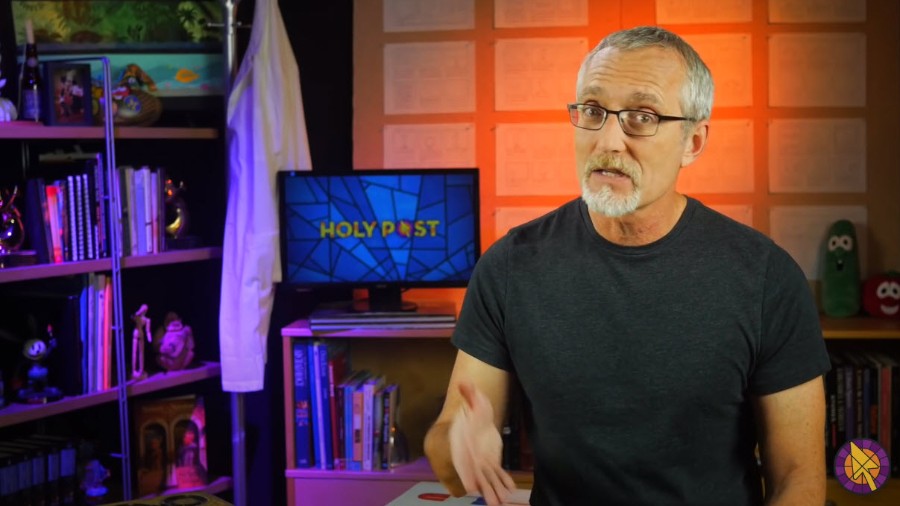 VeggieTales creator, Phil Vischer, has done some wonderful videos over the years. But his new video on abortion is quite a different product. If you have time, watch it (below) before you read my commentary.

Since “vote” is in its title, it seems to be a thinly veiled attempt to achieve the latter. The motive behind the video doesn’t make its contents false, of course. Some of it is certainly true. In fact, the video rightly highlights that overturning Roe is hard, and it’s not the only thing that Christians and other pro-lifers should be doing to end abortion.

But informed Christians already know that. They are already engaged in ministries to prevent abortion and minister to those hurt by it. They also know that overturning Roe will not end abortion in America, but it will save thousands of lives (as the video admits).

If this video is intended to shift evangelical voting priorities, it should fail because the video’s case is built on fallacies and false data. It also leaves out several relevant facts.

What’s Really Behind This Video?

So, what’s really behind this thinly veiled and fallacious effort? It’s not that the authors have just discovered the non-importance of Roe. After all, do you think this video would exist if Biden were running against Bush rather than Trump?

No, this video exists because some Christians are looking for any excuse to avoid voting for Trump. When I ask never-Trump Christians, “If it was Bush vs. Biden, who would you vote for?” They all say, “that’s easy — Bush!” Yet Trump supports more conservative and pro-life policies than Bush did. This reveals that they are voting based on personality rather than policy.

But Trump’s caustic personality is no justification for suggesting that life is no longer the most important issue. The first duty of government is to prevent the taking of innocent life, and certainly not to pay for the taking of innocent life (as the Democrat platform advocates with its taxpayer funding of abortion). While being pro-life doesn’t necessarily make someone a good candidate, being pro-abortion necessarily disqualifies a candidate.

imagine a school house that is on fire with children trapped inside. A crude talking man with arrogant tweets is willing to join you risking his life to save kids. Meanwhile, a “nice” man thought to be less haughty and with fewer sarcastic tweets not only refuses to help you, he promises to throw gasoline on the fire. Is there no morally significant difference between the two men? Worse still, should we endorse the arsonist? If you think Biden and the Democrats do not have wicked plans on abortion and will rush to implement them, you have not been paying attention to their campaign promises or the actions Senate democrats — who can’t even bring themselves to outlaw letting unwanted humans die after birth.

What if It were Dred Scott Instead of Roe?

If the goal of Mr. Vischer and his narrator (pastor Skye Jethani) is to get Christians to give up on Roe and vote Democrat, I have a question for them: Would you have made this video if the issue was not abortion and Roe but slavery and Dred Scott? (Dred Scott affirmed slavery by opining that blacks were only three-fifths of a person.)

“Overturning the Dred Scott decision isn’t our top priority anymore. We’ve put justice after justice on the Supreme Court and still haven’t been able to overturn it after all these years. And even if we do overturn Dred, some states will still have slavery. Besides, there are other ways of reducing slavery. And since slavery has decreased under pro-slavery presidents, it’s perfectly fine to vote for Stephen Douglas over Abraham Lincoln.”

Would these men be making that dreadful case? Would they be casting doubt on the moral importance of voting for Lincoln over Douglas? Would they gloss over the fact that Douglas not only wants to keep slavery legal, but he wants you, the taxpayer, to subsidize it?

No one would accept that case. And we shouldn’t accept theirs now.

(For more, see my new video Does Jesus Trump Your Politics?)

Frank Turek is a Contributor to The Stream, president of CrossExamined.org, coauthor of I Don’t Have Enough Faith to be an Atheist and the author of Stealing From God: Why Atheists Need God to Make Their Case.