The Laugh and Learn Bible will be released Tuesday, September 10. 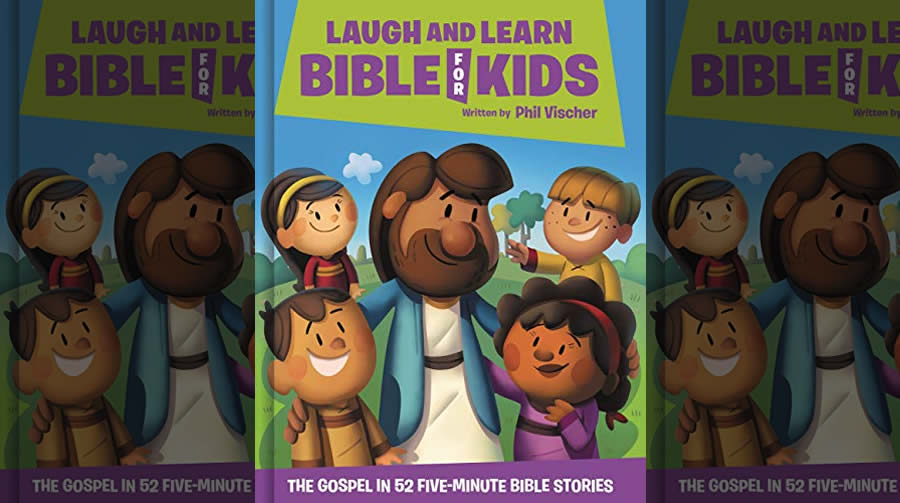 “Kids want to be in a huge story. They want — whether it’s Star Wars or Harry Potter or whatever it is — to find themselves in a big, fun, epic story that has meaning.” Phil Vischer, creator of Veggie Tales, told The Stream that in all of his work, he teaches kids they’re already in that kind of story. “You don’t have to follow a fictitious one because you’re in a real one.” With his new Laugh and Learn Bible, he tries to “bring that story to life and make it accessible to kids.”

The Laugh and Learn Bible

The Laugh and Learn Bible is made up of 52 Bible stories in 350 full-color pages. It starts with the creation and ends with the new creation — the new heaven and the new earth. Unlike other kids’ Bibles, Vischer doesn’t skip the tough stories. “It’s fun to tell a certain number of Bible stories that are easy and have animals and happy things happen,” Vischer explains. “But often, we skip the harder stories and then we kind of completely ignore all the connective tissue that puts all of these stories together into one big story. So kids can come away just thinking of the Bible as a few unrelated stories instead of as the story that tells us about the world we live in.” He calls it the “macro story” of the Bible.

Kids can handle the difficult stories if they’re presented in an age-accessible way. The Laugh and Learn Bible isn’t watered down biblical teaching. It’s “rich theology.” “It’s sound theological teaching. I’m not oversimplifying things, but I’m making things accessible to kids.” He adds that kids need to hear the Bible in a new way, where stories come alive “like for the first time.”

Why Create a New Kids Bible?

Vischer wrote the Laugh and Learn Bible because he saw a lot of kids leave the Christian faith. “They just don’t get the point to it anymore.” He remembers that his grandparents and parents went to church because that’s what people did then. Now kids have many more distractions, like sports and clubs and other interests that take their time.

Plus, kids are getting excited to be a part of fictitious stories, like Disney movies. They dress up as characters and some people even get married at the amusement park. “On one hand, it shows us how deeply we long to be part of a story. On the other hand, it shows us what a bad job we’ve done of getting people engaged in the story of the Gospel that they’ll so easily switch to a different story. So … if we can’t get kids excited about the Bible, it’s not the Bible’s fault. We’re not presenting it in a way that engages this generation of kids.”

This year Vischer has been busier than ever before. Not only did he create the Laugh and Learn Bible, he’s involved in writing 18 new episodes of Veggie Tales. The first is a Christmas special that’s coming out on DVD in October and will be on TV in November. The premiere of the show will happen next year.

He’s also working a series called The Mr. Phil Show with Right Now Media. The first 10 episodes are already out. Vischer teaches a book of the Bible and then introduces a person from Christian history. It “introduces kids to people who changed the world and then how their faith influenced them to change the world.” The most recent episode shows William Wilberforce interviewed by an elephant and a turtle.

His latest big project is another Veggie Tales movie. It’s still in development stages. If Universal commits to funding the movie, it will be out in a couple of years.

With the Laugh and Learn Bible, Vischer hopes that kids will get a “clear picture of the story of God and their place in it.” The Bible isn’t a big self-help book, he adds. “It’s the story of God and His relationship with us and the story that we’re invited to be a part of. And that’s what engages kids’ hearts.”

Minno: A New Digital Media Resource for Parents Who Will Raise the Next Generation of Christians

Five Books That Have Shaped My Life, and Would Make a Great Read This Summer