Vaxattack: Why Did Hundreds of Highly Trained Athletes Die Unexpectedly This Year? 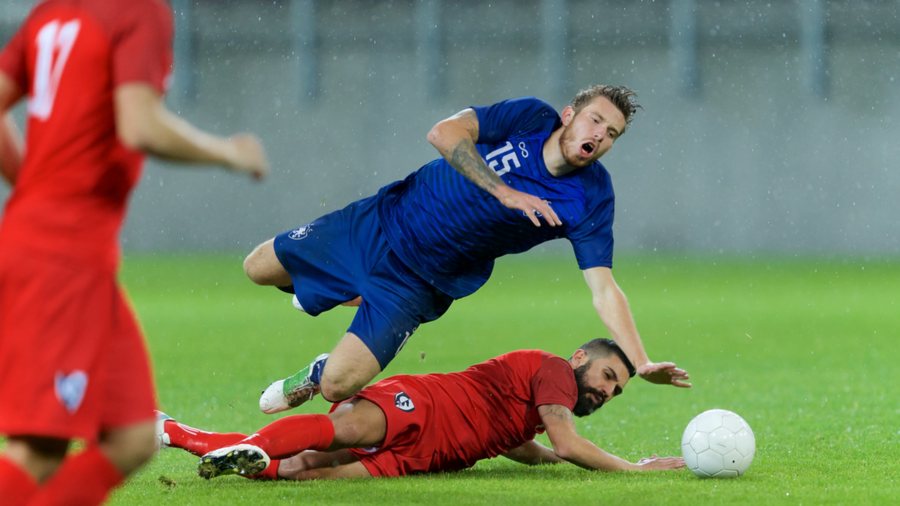 A highly acclaimed comedy movie from the 1970s asked, “Who is Killing the Great Chefs of Europe?” Today, however, we confront a far more somber question based on the headlines, “What is killing highly trained athletes around the world?”

Accompanying that question is a more disturbing mystery, “Why doesn’t anybody want to fix the problem?”

In 2021, almost 400 athletes worldwide collapsed unexpectedly, mostly due to heart problems. More than 200 of them died. Some were as young as 12.

What did they have in common? The vast majority got the experimental COVID-19 vaccines with mRNA spike proteins. Given the increasing evidence linking those vaccines with heart problems, the circumstances are too coincidental to be coincidental.

The Wide World of Cardiac Arrest

In July, a 16-year-old weightlifter from Singapore collapsed from cardiac arrest after lifting heavy weights. Six days earlier, he received his first dose of Pfizer’s vaccine. Information on the insert warned that the shot could increase the risks of myocarditis and pericarditis, “particularly within seven days following the second dose.”

Myocarditis results when the heart muscle itself becomes inflamed. Pericarditis describes the swelling of the tissue around the heart.

In the midst of personal tragedy and scientific examination, denial abounds.

“I fear that my career has officially been ended,” Warner told a Senate committee in November. “I have been bedridden, unable to work and unable to exercise for months.”

Soccer has furnished the most publicized episodes. Israeli medical journalist Yaffa Shir-Raz reported in November that since December 2020, the number of soccer players worldwide who suddenly died increased 500 percent, to 183. Most died from heart problems or blood clots.

Among the lucky ones is Argentina’s Sergio Aguero, who announced his retirement Dec. 15 after suffering a heart attack during a game six weeks earlier. Aguero, 33, represented Argentina in three World Cups and set Manchester City’s career scoring record.

Aguero, who contracted COVID-19 last year, not only got the vaccine. He recorded a brief public-service announcement encouraging everyone 12 and older to follow suit. In two decades as a professional, Aguero never previously experienced heart problems that kept him off the field.

Manchester United’s Victor Lindelof, the captain of Sweden’s national team, also walks among the fortunate. On Dec. 11, chest pains and an accelerated heartbeat forced Lindelof, 27, to leave a game.

“Lindelof was in respiratory distress for about 10 minutes,” United coach Ralf Rangnick said. “His heart rate was higher than normal. He was shocked and didn’t know what to do.”

The American Heart Association is taking notice. It issued a study in November warning that mRNA vaccines “dramatically” increase acute coronary syndrome, defined by the Mayo Clinic as “a range of conditions associated with a sudden, reduced blood flow to the heart.” Symptoms include chest pain and shortage of breath. Aguero and Lindelof experienced both.

On Dec. 4, Japan’s health ministry warned that Pfizer’s and Moderna’s vaccines could increase heart inflammation in young men. Hospitals must report if patients experience those symptoms within 28 days after getting the shots. Even the Centers for Disease Control and Prevention (CDC) now admit that pericarditis and myocarditis can result from the two manufacturers’ vaccines. Those side effects develop usually in young men and usually after the second dose, the CDC reported.

Theater of the Absurd

Yet in the midst of personal tragedy and scientific examination, denial abounds.

“FIFA is not aware of a rise in episodes of cardiac arrests, and no cases have been flagged in relation to individuals receiving a COVID vaccine,” a spokesman told Reuters. “Generally speaking FIFA is in regular contact with leading research centers and experts to do research on a variety of medical topics.” (emphasis added)

One of those experts is British cardiologist Sanjay Sharma, who works with several Premier League clubs and England’s Football Association. Despite claiming to keep an “open mind” about the problem, Sharma dismissed the possibility of mRNA vaccines causing heart problems.

“It’s worrying that there is suddenly a whole load of young men who are supposed to epitomize the healthier segment of our society suddenly crashing with cardiac problems,” Sharma said. “Everyone is jumping to the conclusion that it is COVID-related or, even worse, that vaccine-related myocarditis may be responsible. I’m keeping an open mind. My feeling is that this is probably a statistical cluster rather than something on the rise.”

Sharma, considered Britain’s leading sports cardiologist, asked some hypothetical questions that border on the absurd: “Is there an issue? Are people being tested properly? Is the game doing it? Is there something in the air to cause an increase?”

As the Brits Say, “Bollocks”

Also bordering on the absurd are comments from Aguero’s personal cardiologist, Roberto Peidro. He said a small scar less than a millimeter long caused an irregular heartbeat that resulted in his patient’s heart attack. It had nothing to do with either COVID-19 or the vaccine.

Peidro has been treating Aguero since 2004, when the forward began experiencing heart palpitations as a 16-year-old player in Argentina.

“What was done using a catheter was to burn that area where the arrhythmias were coming out,” Peidro said. “We burnt that arrhythmia but this one is completely unrelated and much less benign. The most common scenario is that the small scar found is produced by a virus he’s suffered at some point in his life and wasn’t ever detected. But it has nothing to do with COVID or the COVID vaccine.”

Keep in mind that Aguero was one of the world’s most successful and expensive players. He helped Manchester City win the English Premier League five times and retires as the fourth-leading scorer in Premier League history. With Aguero in the lineup, Argentina won the 2008 Olympic gold medal and the 2021 Copa America, South America’s championship, and finished second in the 2014 World Cup. He ranks third all-time in scoring for his national team.

Aguero’s performance earned him a five-year contract extension worth $57.2 million from Manchester City in 2014. When that expired, he signed a two-year deal for more than $30 million.

So the personal cardiologist for such a valuable player fails to notice a scar from a previous condition?

Meanwhile, Pfizer purchased Arena Pharmaceuticals in December for $6.7 billion in cash. Arena is developing two heart medications. One, temanogrel, treats damaged smaller blood vessels. The other, APD 418, improves the ability to pump blood in patients with acute heart failure. Both are being used in clinical trials and have not yet been approved.

By purchasing Arena, Pfizer is protecting its investment in mRNA vaccines. That signals Pfizer knows its vaccines have dangerous coronary side effects. Even a bumbling Inspector Clouseau could see see that.