Why Vatileaks is an Italian Problem

By Kishore Jayabalan Published on November 5, 2015 •

Everyone knows that Italy is a stunningly beautiful country. The art, the food and the landscape are second-to-none, the people are friendly and outgoing even if you don’t speak the language, and Rome is, well, Rome in all its world-historical greatness.

After living here for 16 years, I’m often asked by Italians and others how I like it and I always respond the same way: Rome is a wonderful place to live, not so much if you have to work. Not being a gentleman of independent means, I’ve had to earn my pay and therefore accumulated my share of horror stories in dealing with the dysfunctional mess otherwise known as the Italian economy.

Which is why I think the latest edition of the “Vatileaks” scandal is almost entirely an Italian problem, as I recently told France 24 news.

When I first moved here to work for the Vatican, my boss told me the hardest part of the transfer would be finding a place to live. “How could that possibly be in a European capital?” I thought. Well, it turns out that Vatican salaries, while tax-free and much sought after in Italy, are not very high and not enough to pay for an apartment on one’s own. The Vatican does own many apartments and rents them at affordable prices, but I was told they are nearly impossible to get. Not only must you be “raccamandato” but have a very influential Italian “protettore,” which mine was not. (He was merely a saintly man who survived 13 years in a communist prison.)

So I was left to fend for myself and, thanks be to God, I was able to find something affordable and centrally-located. But the fact that the Vatican apartments are not available to its foreign employees ought to be a scandal on its own. The Italians look after their own, even in the Vatican.

Corruption and lack of transparency and accountability are part of the human condition, but they are debilitating in developing countries. Those in power take advantage of their position to reward their friends and punish their enemies; in feudal, pre-commercial societies, they prohibit market competition from allowing the non-powerful to advance. Italy and the Vatican are not that backwards, but from what we know about Vatileaks 2.0, the patronage system is alive and well, despite Pope Francis’s efforts to reform the Roman Curia.

These leaks seem to be aimed at, among others, Cardinal George Pell, the former archbishop of Sydney whom Pope Francis named as prefect to the Secretariat for the Economy, an office the pope himself created to get the Vatican finances in order. Cardinal Pell has tried to bring some Anglosphere sense to the way the place works, even though his office is not responsible for the Vatican’s real estate holdings. He clearly threatens those who benefit from the way things have been done here. Instead of trying to chase away Cardinal Pell, the Vatican needs more officials like him, many more. 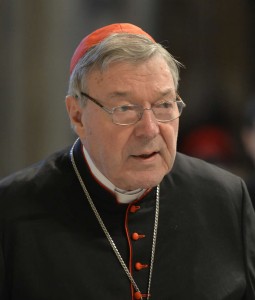 Pope Francis has correctly understood that these types of financial dealings and other types of nepotism damage the Catholic Church’s moral credibility and hinder its primary mission of bringing the Gospel of Jesus Christ to the world. It is therefore unfortunate that the pope has criticized market economics so strongly. Francis is right that hearts need to be converted for any real reform to take place but reform also requires getting rid of the feudal patronage system that allows and even encourages corrupt behavior.

Corruption is everywhere, as I’ve said, including in market economies, which is why laws and regulations are always necessary. Those laws and regulations need to be transparent and understandable so that they cannot be manipulated by the rich and powerful. The middle and lower, rather than the well-connected upper classes, benefit most from systems of open competition framed by the rule of law.

This is all just economic common sense, but it remains a scarce commodity in Italy. Since it’s highly unlikely that the Vatican will move to Zurich, London or New York, Pope Francis may wish to do what his saintly predecessor Pope John Paul II did and bring in people from modern functioning economies to manage internal affairs. But first they’d have to find their own housing.