Unlikely Fighter: The True Story of a Fatherless Kid’s Journey From Pain to Hope and an Identity in Christ 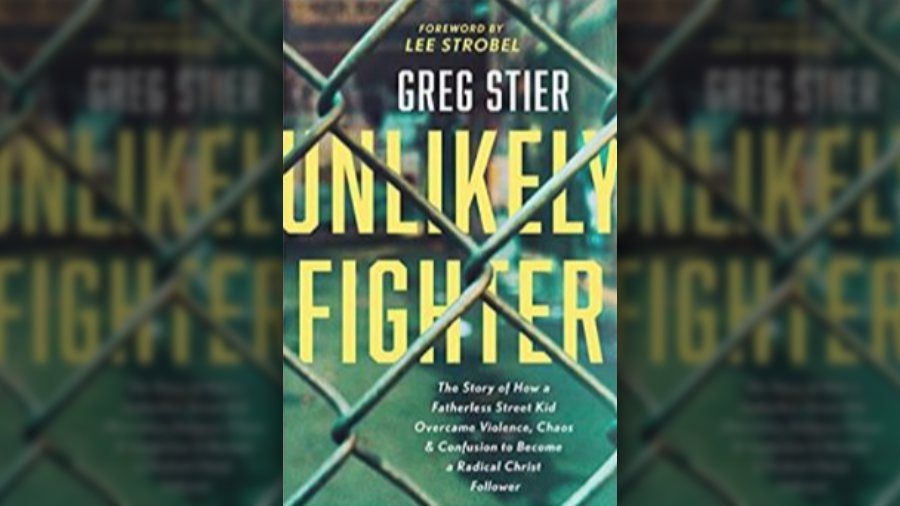 In 1965, Greg Stier’s mother drove from Denver to Atlanta to find his biological dad. She planned to get an illegal abortion. She wasn’t married and couldn’t afford a second child. Unable to find the father of her unborn child, she called her brother and her sister-in-law in Boston. They convinced her to come there and stay with them. They talked her out of aborting her baby boy.

Unlikely Fighter: The Story of How a Fatherless Street Kid Overcame Violence, Chaos & Confusion to Become a Radical Christ Follower tells the story of Greg’s childhood in North Denver during the 1970s. It wasn’t easy growing up with violence-loving uncles known as the “Crazy Brothers” and a partying mom who could fight with the best of them. He wasn’t the fighting type — he’d rather be reading.

It was also tough growing up without a dad. He struggled with being a fatherless kid.

When he discovered his heavenly Father it was like the “Great Awakening” for him, he told The Stream recently. “Like knowing I had a dad, ’cause I was the fatherless kid. There was a hole there and when I discovered God as heavenly Father — and that through faith in His son, Jesus Christ, I was adopted into the family — I felt like for the first time in my life I do have a dad and He’s awesome.” He was 8 years old when he met Jesus.

Unlikely Fighter is, for the most part, about his childhood and struggles he faced as a fatherless child. But it’s also about the hope he found in Jesus and how he, at 15 years old, led his own mother to Christ.

“And so, she took a puff of her Benson & Hedges Gold 100 cigarettes and looked off in the distance. And she looked over at me and she said, ‘Okay, I’m in.’ When my family said they’re in, they’re in.” The book also details the miraculous salvation of his whole family.

The Fatherhood of God

His fatherlessness changed how he looked at the Fatherhood of God. “Like, wow, the Father’s my only point of reference for a dad. And that’s a pretty good point of reference.” It also impacted his own fatherhood. “I had a blank slate because I didn’t have dad. And so, my slate became, ‘All right, how does the Father treat me? That’s how I want to treat my kids.’ … I took it as a real special privilege to be a dad.”

There are lots of people who have gone through trauma and pain. God can use the pain to forge and form us into the image of Christ if we let Him. “When you share the story of the Gospel, kind of out of a painful background, oftentimes people are open to it because a lot of people have the pain, but they don’t have the hope.” Greg wants to get the message of hope to those in pain. He wants to share that hope with those who don’t know Christ and encourage those who do to share their faith.

“The gospel can reach anyone anywhere in any situation and can transform their identity from a child of the darkness to child of the light — and we need to be sharing that message with those around us.”

Through his ministry, Dare2Share — which he founded 30 years ago — Greg reaches out to churches to train teens to share the Gospel. “The goal is to see every teen everywhere hear the Gospel from a friend. … Our mission is to energize the church globally, to mobilize youth to gospelize their world. And we do that by providing free curriculum apps, tools and training.”

Each year, Dare2Share has an event called Dare2Share Live, a simulcast. Their next simulcast is November 13 and already has over 1,200 churches signed up to participate. “So, we just want to see a student-led revival.”

Greg’s story shaped his identity in Christ and as an evangelist, author and speaker. He preached as a teenager after he found Christ. He was asked to preach at his grandfather’s funeral. He preached the Gospel to 500 people, one of whom was his unsaved uncle. “I saw a bunch of people respond. And I knew that split second, when I was done, ‘This is what I’m called to do.’ So, I found my identity. I found my identity in the Father and my purpose in His message. God used all those painful things like a chisel and a hammer to help me forge and form my identity in Christ.”

Unlikely Fighter will be released November 9, and is available for pre-order.

What God Can Do With a Willing Heart

Finding My Father: One Woman’s Story of Hurt, Healing and Hope — and How the Gospel Changed Everything