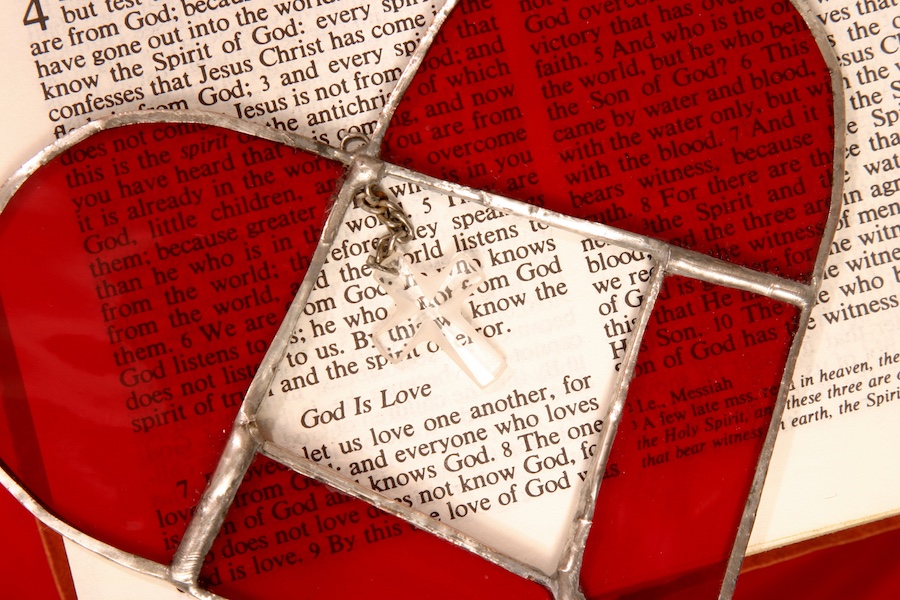 Today the United Methodist Church is voting in global conference on whether to approve same-sex weddings and gay clergy ordination. Several proposals have been put forth, mostly differing on the level of local decision-making to be allowed. Yesterday 56 percent of delegates voted to approve the Traditional Plan, which would keep the bans in place everywhere, with stricter enforcement.

Support for the Traditional Plan comes overwhelmingly from African delegates. Many in the United States fear a breakup of the denomination here.

The Stream has spoken consistently for maintaining the natural and biblical truth on marriage and morality. If there’s one pithy statement that best expresses the opposing view, it’s in a cartoon by David Hayward, seen this morning on a United Methodist Facebook group page where I’m a member.

It shows Jesus telling a group of apparent Pharisees, “The difference between you and me is you use scripture to determine what love means and I use love to determine what scripture means.” (Hayward has since replaced that drawing with different imagery, following objections that it was anti-Semitic.)

“Love” as secular culture defines it in the wake of the sexual revolution takes the first place in this view. It sure sounds good. There’s no denying the power of that message. No wonder so many have gone there.

But the United Methodist denomination — where I grew up, where I got married, where I recently served again — is in danger of splitting over a controversy about the meaning of “love.” If Hayward’s “Jesus” figure is using “love” to determine truth, what determines the true view of love? Where there’s dispute over what “love” means, where does one go for an answer?

This cartoonist’s view would lead to the conclusion, “We’ll settle this dispute over ‘love’ the easy way. We love to love. And love means, well, love.”

Which settles nothing. And yet it represents a whole lot of mushy thinking on sexuality, especially in the Church — and not just one denomination.

Jesus as He Is in Scripture

What then would Jesus actually say? Here Hayward gets caught in a bind. You can’t use “love” to determine who Jesus was or what He said. You have to find it in scripture. One of the great short descriptions of Jesus is in John 1:14: “And the Word [Jesus] became flesh and dwelt among us, and we have seen his glory, glory as of the only Son from the Father, full of grace and truth.”

Jesus’ love is full of both grace and truth: It accepts everyone as they are, yet not without asking, “Will you follow Me for who I am?”

Either that or else He has no terms at all, no opinion on what’s good or bad, no expectations; just, “Come one, come all, and shame on anyone who says there’s anything wrong with you the way you are!”

God has not revealed Himself that way. He has standards, and thank God He does. For God is also good, and there is no goodness without standards. So it behooves us to find out from God what His standards are, not to tell Him how we think He could have arranged things better for us.

This is God we are talking about. He’s our Creator. He’s the rightful Ruler over all reality. He’s even our Judge, the One who will ask — no, who will decide — how each one of our lives has stacked up against His standard of goodness. He’s also our Redeemer, who never overlooks sin but bought us out of it instead: “God shows his love for us in that while we were still sinners, Christ died for us” (Rom. 5:8).

After the Vote: A Guide to Gracious Conversation in Your United Methodist Church